The mystery behind radio signals from deep space

Many theories revolve around the origin and nature of fast radio bursts coming to us from far points in the universe. Down To Earth breaks down some of these theories 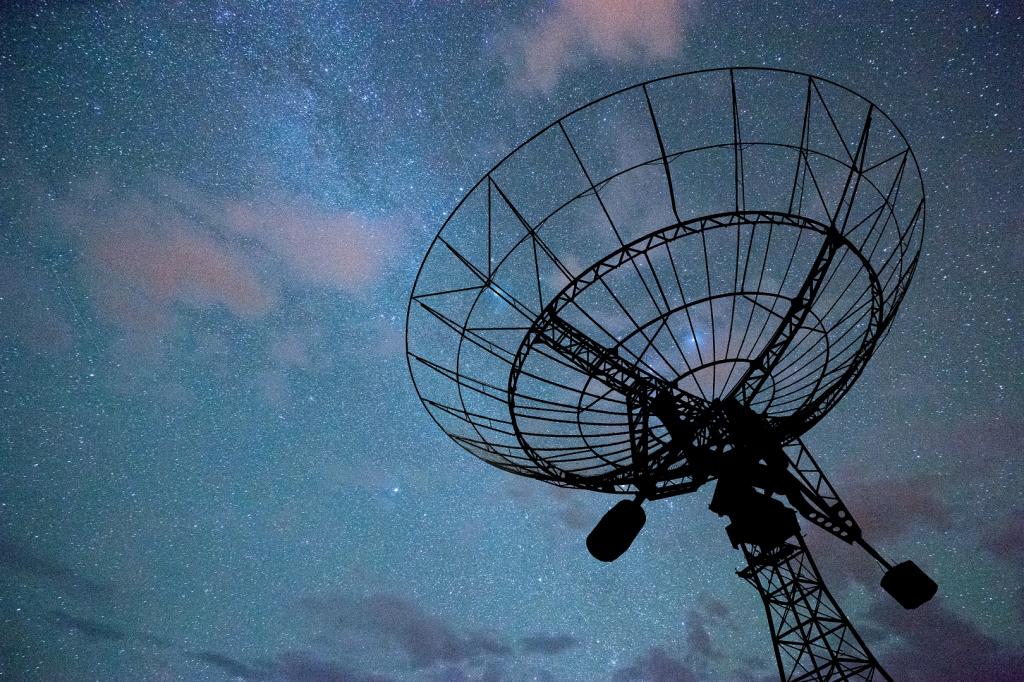 As news of “mysterious radio signals from deep space” is unsettling people worldwide, it’s important to understand what these signals are and where they come from.

Although scientists have termed these signals as “fast radio bursts,” or FRBs, their source, despite many theories, remains uncertain. FRBs last for just a few milliseconds, making it even more difficult to study them.

The first one was spotted in 2007 by astronomer Duncan Lorimer. A single burst contains as much as energy as 500 million suns—hence, scientists believed earlier that it was a singular event arising out of a one-time cataclysmic event like super-massive black holes releasing energy or the glow from a dying star or stars collapsing into each other.

However, in 2012, the Arecibo Observatory in Puerto Rico found a repeating FRB later called FRB 121102. This negated the earlier theory that the bursts originated from a one-time event.

Repeat FRBs helped scientists narrow down its origin, using a set of telescopes in New Mexico in 2017, to a dwarf star-forming galaxy three billion light-years away.

Now, a second repeating FRB has been spotted by scientists working at Canadian Hydrogen Intensity Mapping Experiment (CHIME). The telescope detected 13 new FRBs in just two months, with an FRB that flashed almost six times in a row.

FRBs can also act like a cosmic radar—a radio signal is sent out and as it hits objects in space, the signal changes, carrying the information with it. Once the signal is picked out, researchers can use that information to find what it encountered on its journey. It can even be used to understand the nature of their host galaxies, or to map the distribution of matter in the universe.

To detect an FRB, a telescope has to be pointed directly towards the area in the sky where it originates. However, to pinpoint a burst, scientists need to use several telescopes and compare the signals to determine its exact position.

Among the most widely accepted theories on where FRBs originate is that of magnetars or young neutron stars with very powerful magnetic field. When the magnetic field of a new-born magnetar changes, it releases energy into the surrounding gas and dust cloud, which in turn absorbs the energy and later releases it into the space.

Another speculation is that the signals, on their way to Earth, pass through a dense magnetic plasma cloud, suggesting that they may be close to a massive black hole.

One of the most popular theories that catches attention is that the signals are coming from aliens in deep space. Although, several scientists have ruled this out saying that the amount of energy involved and the identical nature of signals cannot come from aliens spread across different regions of space.

Pushkar Ganesh Vaidya, head scientist, Indian Astrobiology Research Centre (IARC), Mumbai, says, “Of course, there is no consensus about whether this is artificial or natural and that is because this is presently a case of insufficient data and that too of a phenomenon we detected only a decade ago (in 2007). The point is: as our SETI efforts get more serous than before, we are coming across some very interesting possibilities. I personally think that as long as we are investigating from within the scientific framework then some of us must investigate the possibility of alien origins when such a possibility presents itself. FRBs are one such possibility and I am happy to check them out for being some sort of alien navigation or propulsion systems.”

(With inputs from Rajat Ghai)