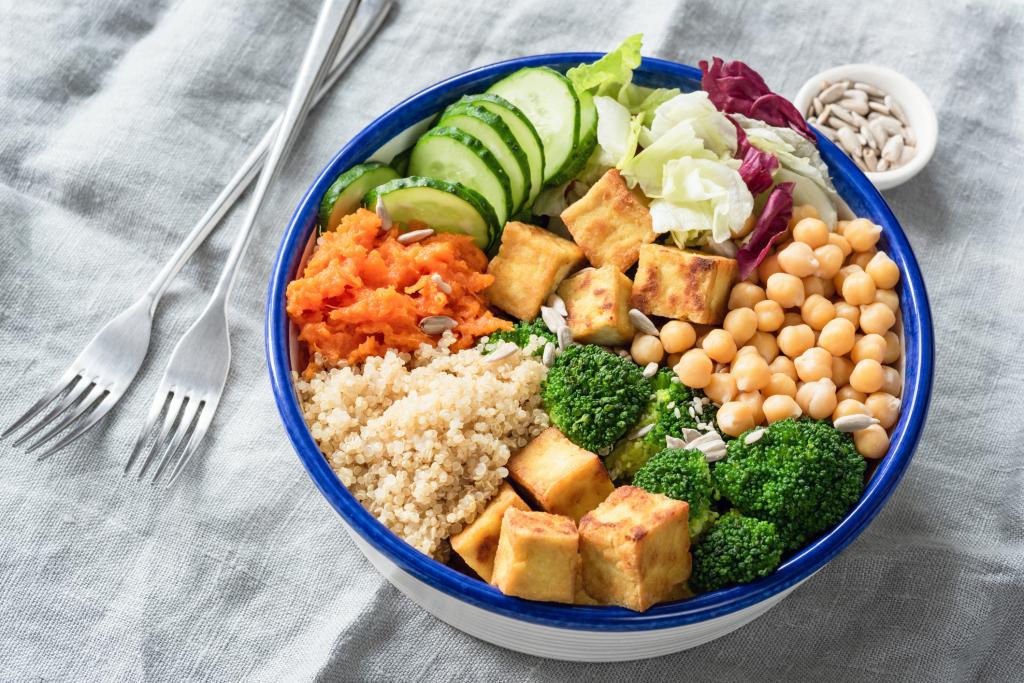 Diabetes — increase in blood glucose levels — is an emerging health problem especially in developing countries. India had 69 million diabetic individuals in 2015 and the number is projected to go up to 98 million by 2030, according to the World Health Organisation. The problem is more serious for Asians as their genetic makeup puts them at a greater risk of diabetes at a younger age than their European counterparts.

If left untreated, diabetes can give rise to serious health conditions like blindness, kidney failure, heart problems etc. Apart from genetic factors, the occurrence of diabetes is related to food preferences and lifestyles. Therefore, understanding the link between consumption of various foods and prevalence of diabetes in different states can help in devising effective strategies to address the problem.

The study is based on data from the National Family Health Survey-4 (2015–2016), 2011 census, data on per capita crop production, and consumption figures of different food groups from the 68th round of the National Sample Survey. It evaluated trends of food availability and preferences in various states with diabetes numbers.

It was found that diabetes was more common in states such as West Bengal and Kerala where people consume more non-vegetarian food than the one where diet is predominantly vegetarian. This is because a vegetarian diet helps in diabetes management by making body sensitive to insulin hormone.

Researchers also noted that there were more diabetics in states where people consumed more sugar and honey though this trend was not valid in case of Maharashtra, Rajasthan and Haryana. The study also found that eating protein-rich food such as pulses and nuts decreased chances of diabetes. Similarly, states where people ate more dairy products had low prevalence of diabetes.

Diabetes, often dubbed a lifestyle disorder, was also found to be high in urban districts than rural areas. This is so because people in cities tend to be less physically active. This makes urbanisation an important factor for growing number of diabetics in country. Also, diabetes was found to be more common in males than females as has been shown in earlier studies as well. 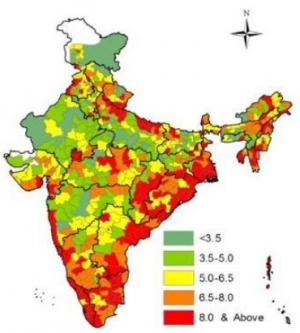 Map showing the prevalence of diabetes among adults (aged 15–49 years).

“Our study has identified hotspot districts having high prevalence of diabetes and recommended them to be targeted in public health programmes,” said Preeti Dhillon, author of the study and assistant professor at International Institute for Population Sciences (IIPS) based in Mumbai.

The analysis showed that 6.9 per cent of adults in India aged 15-49 years have diabetes. Among the states and Union territories, diabetes is highly prevalent in Andaman and Nicobar Islands, and the least in Rajasthan. The prevalence of disease was found to be more in districts which are close to coastal areas.

“The high prevalence of diabetes in Andamans and Lakshwadeep is of interest as this has not been reported earlier and it would be worthwhile exploring whether any genetic or environmental factors contribute to this,” said V Mohan, director, Madras Diabetes Research Foundation. He was not associated with the study.

Anoop Misra, vice-president, Diabetes Foundation (India), commented that while this study provided new information about dietary context and prevalence of diabetes, it must be understood that diabetes is a multifactorial disease. Genetics, physical activity, alcohol consumption and other lifestyle factors should be taken in consideration before establishing conclusive links.

Food intake is a continuously changing and dynamic process, and cannot be completely captured in a cross sectional snapshot. He agreed, however, that high protein intake is needed for Indians as it boost glucose metabolism in muscles reducing incidences of diabetes.

The research team at IIPS included Koustav Ghosh and Gopal Agrawal apart from Dhillon. The results of this study have published in Journal of Public Health. (India Science Wire)