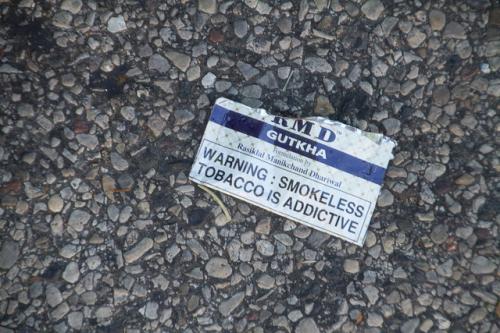 The ministry said that the brand owners of the manufacturing units would have the overall responsibility of implementing the order. A compliance report will have to be submitted by the end of October regarding the issue.

In the order, the ministry said that there had been indiscriminate use of plastic for packaging gutka, pan masala and tobacco products and the manufacturers concerned failed to ensure compliance with the apex court directive, urging restraint on plastic use.

“Littered plastic pouches are posing an environmental threat, and the manufacturers of gutkha, tobacco and pan masala have not taken effective action to prevent use of plastic in packaging of these products,” it read.

Way back in 2010, the Supreme Court had asked gutkha, tobacco and pan masala manufacturers not to use plastic material in packaging.

The directive was not followed, and in 2011, a contempt petition was filed as not following the apex court order amounted to disobedience.

The apex court then directed the environment ministry and other agencies concerned to ensure the implementation of its order across the country.

In March this year, the environment ministry came up with the PWM Rules under the Environment Protection Act, 1986 to tackle the problem of plastic waste.

The PWM Rules clearly state that no plastic sachets would be used for storing, packing or selling of gutkha, tobacco and pan masala products.

According to the ministry, 15,000 tonnes of plastic waste is generated daily, of which only 9,000 tonnes is collected and processed. Littering of sachets is a huge problem, as they not only choke drains, but burning them leads to air pollution.

Exercising powers conferred under Section 5 of the Environment (Protection) Act, 1986 and keeping in view the problems of pollution, the environment ministry directed manufacturers to stop using plastic materials in any form. This includes ban on vinyl acetate, maleic acid and vinyl chloride copolymer for packaging gutkha, tobacco and pan masala.