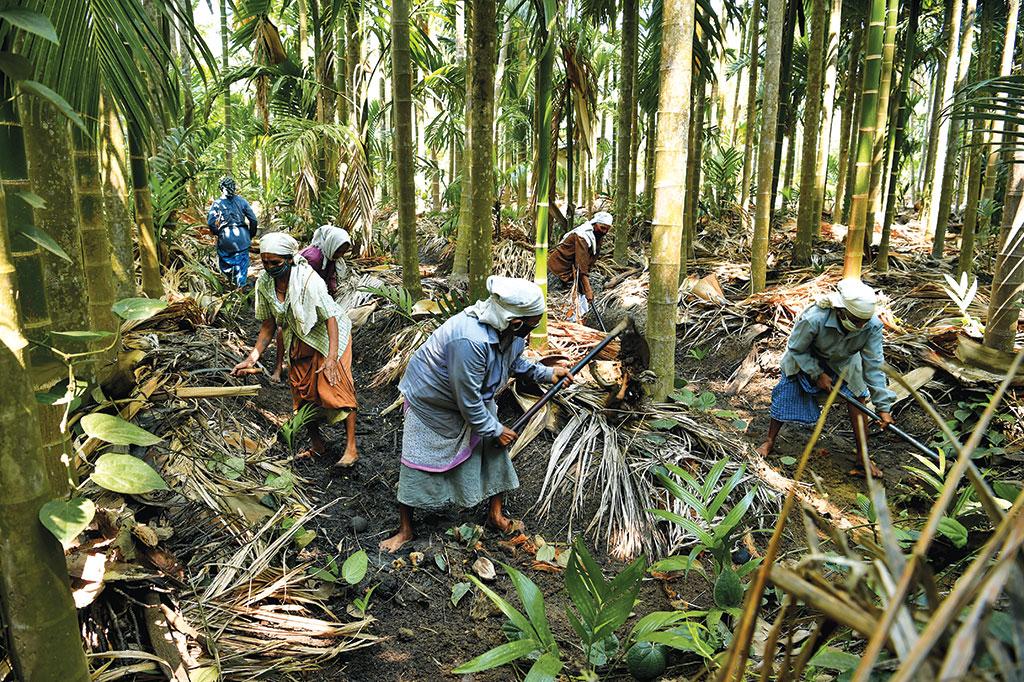 Kerala’s second-largest river Bharathapuzha has turned into a trickle in most parts of Palakkad, the state’s traditional rice bowl to which the river is a lifeline. Farmers in the district struggle to irrigate their paddy fields. The temperature is around 41 degrees Celsius and sunburn cases are high. 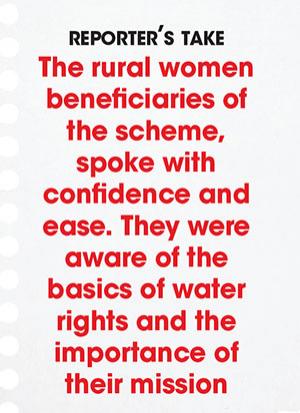 While almost all the 56 villages in Palakkad are water-scarce, three seem to have found sustainable solutions to tide over the harsh weather. The solutions are different, but in all three villages women are at the forefront of creating water structures.

Pookkottukavu village, located on the river basin, 35 kilometres from the district headquarters, today has the country’s largest group of trained women well diggers. Whenever the 278-strong women workforce are called upon to dig wells under the Mahatma Gandhi National Rural Employment Guarantee Act (MGNREGA), they ensure that they also build rainwater-harvesting structures alongside to compensate for the loss of groundwater.

The district, though receives a healthy 2,300 millimetre rain annually, faces an extreme water crisis, allegedly due to over-extraction of groundwater by industries. K Jayadevan, former president of the village panchayat, recalls how the idea of training women for skilled labour was unthinkable when he first floated it 15 years ago. “When women got the opportunity, they did it differently and this has now helped the entire village,” he says.

The panchayat plans to dig 200 wells along with rainwater harvesting structures, which, they believe, will make the area water surplus. MB Rajesh, a former Lok Sabha member from Palakkad, said the success of Pookkottukavu has inspired several other local bodies in the district, which have visited the village to study the implementation and monitoring of MGNREGA.

Located halfway across the district, Pallassana village however is not as fortunate as Pookkottukavu. It falls in a rain-shadow region and large-scale deforestation and rampant illegal encroachment had choked its only river, Gayathripuzha, creating a severe water crisis.

Some 11 years ago when the Kerala State Land Use Board (KSLUB) prepared a comprehensive map of the Gayathripuzha using geographic information system and identified natural resources available in and around the river basin, it rekindled hope among the village panchayat.

Using the map, the panchayat identified hills, hillocks, wells, canals, reservoirs, tanks, streams and biodiversity available in the river watershed stretch. It then used the services of MGNREGA to rejuvenate the river.

KV Adarsh, the assistant engineer of MGNREGA in Pallassana, pointed at afforestation drives along the river stretch, desilted traditional water tanks and ponds and constructed check dams in its catchment areas.

“This targeted intervention has not only helped recharge the dying river but has also helped preserve other water resources in Pallassana,” said Panchayat president Sriradha Ramadaran. The success has inspired all the 28 villages in the Gayathripuzha river basin. Revenue, forest, irrigation and agriculture departments have extended their support to the villages, making it a unique river conservation movement.

In the adjacent Polpully village, the panchayat has used MGNREGA to desilt and revitalise 22 percolation tanks, locally called kokkarnis, in the past 15 years. Some of the kokkarnis are over 100 years old. In 2018, when a severe flood silted up kokkarni, 230 residents worked under MGNREGA and revived it within 35 days.

“That year, soon after the floods, MGNREGA was used across Palakkad to construct or desilt 250 tanks, 750 wells and 820 check damssaid says S Guruvayurappan, a Chittur-based conservationist. One village, Thrikkadeeiri, emerged as a role model by creating 235 rainwater storages, each with a carrying capacity of 10,000 litres.