More than 1,000 people get jaundice as city’s sewage mixes with the drinking water supply 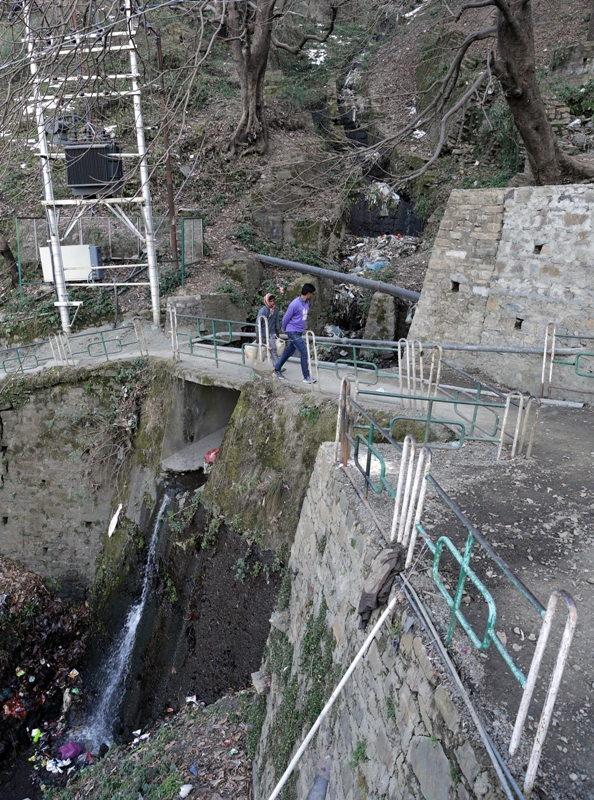 Five people have died and more than 1,000 have been affected in a jaundice outbreak in Shimla. Officials from the city’s municipal corporation have confirmed that sewage from two sewage treatment plants (STPs) contaminated a drinking water source, causing the outbreak of the disease.

Shimla police have arrested a junior engineer and a supervisor from the Irrigation and Public Health (IPH) Department for their negligence in preventing the contamination of the drinking water source at Ashwani Kund, which supplies water to several localities in the city. A criminal complaint has also been filed against the private contractor managing the two STPs. But the contractor is absconding, according to local police. Following allegations by various political sections, the Himachal Pradesh government has formed a special investigation team to probe the outbreak.

Deputy Mayor Tikendra Panwar has alleged that despite several complaints to the IPH department, no action was taken against the mismanagement of the STPs. “The STPs have been having problems for the last few years. There are problems with clarifiers and power generators attached to these STPs, which appears to have impacted their functioning,” he added. Clarifiers are mechanical settling tanks for continuous removal of solids being deposited by sedimentation before the filtration of sewage.

Health officials say that most of the victims are from Vikas Nagar and New Shimla. A team from National Centre for Disease Control (NCDC) is already in the city to examine the cause of the outbreak. A health official told Down To Earth that an average of 50-60 fresh cases are being reported every day ever since the outbreak started in mid-January. Meanwhile, the Municipal Corporation of Shimla has issued advisories against consuming water from Ashwani Kund and has also stopped the supply of drinking water.

The Shimla chapter of Bharat Gyan Vigyan Samiti, a non-profit working in the field of health and science, has raised questions over the functioning of the STPs. “There are six STPs, whose management has been outsourced to one contractor who is now absconding from the police. It appears that the technology used in these STPs is outdated and cannot perform in low temperatures experienced in Shimla and other towns. For the past 10 years, the contractor has been awarded contracts for managing the STPs which are clearly not performing,” said O P Buretta from Bharat Gyan Vigyan Samiti.

The Comptroller and Auditor General (CAG)’s 2015 report had showed glaring inadequacies in the STPs. It had stated that only 13 per cent of the sewage generated in Shimla is treated and the rest is left in the open—despite Rs 74 crore (US $12 million) being spent on installing six treatment plants. Planned for a maximum population of 16,000, Shimla is home to 170,000 people as per the 2011 Census and generates 30.09 million litres per day (MLD) of sewage. The CAG had said the utilisation of six STPs was only 4.8 MLD (13 per cent) against the installed capacity of 35.63 MLD. Worn-out sewers and non-existence of a sewerage network are the main reasons for non-tapping of sewage treatment capacity.