Water quality and levels of pharmaceutical contaminants in the Cauvery influenced by the monsoon season, according to a study 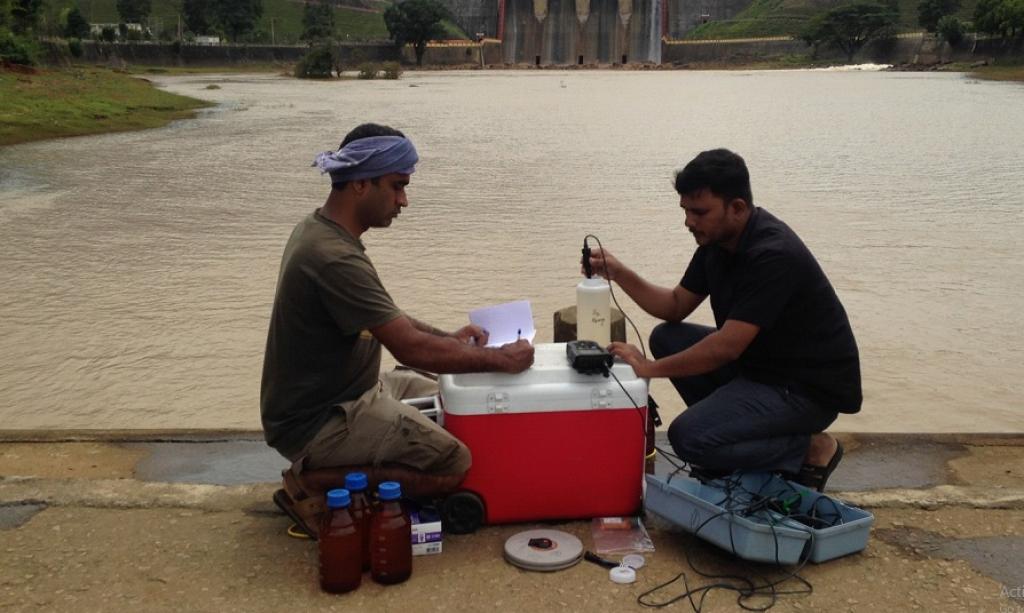 A new study has found that the waters of the Cauvery river in south India are polluted by a range of emerging contaminants that include pharmaceutically active compounds, personal care products, plastics, flame retardants, heavy metals and pesticides, among many others.

Of these, pharmaceutical contamination was found to be particularly serious as their presence in water bodies even in minuscule amounts can harm human beings and the ecosystem in the long run.

In the study, a team of researchers from the Indian Institute of Technology-Madras (IIT-M) led by Dr. Ligy Philip quantified the seasonal distribution of emerging contaminants and pollutants in the river.

It was carried out with joint funding from Water Technology Initiatives of the Department of Science and Technology, Government of India, and the UK Natural Environment Research Council.

The team monitored the water quality of the river for two years to assess the seasonal variation of emerging contaminants, especially pharmaceutically active compounds. They collected water from 22 locations along the entire stretch of the river.

They also set up 11 sampling stations near discharge points of partially treated or untreated wastewater and 11 locations near intake points of water supply systems. The quality of water in the catchment sites was also monitored.

The researchers found that water quality and levels of pharmaceutical contaminants in the Cauvery were influenced by the monsoon season. The post-monsoon period showed an increased level of various types of contaminants including pharmaceuticals due to reduced riverine flow and continuous waste discharge from multiple sources.

Among other things, freshwater intake points were found to be loaded with extraordinarily high concentrations of pharmaceutical contaminants. The contaminants included anti-inflammatories like ibuprofen and diclofenac, anti-hypertensives such as atenolol and isoprenaline, enzyme inhibitors like perindopril, stimulants like caffeine, antidepressants such as carbamazepine and antibiotics such as ciprofloxacin.

The researchers have published a report of their work in the journal Science of the Total Environment. The study team included Jayakumar Renganathan, Insamam Ul Huq S, Kamaraj Ramakrishnan, and Manthiram Karthik Ravichandran.

River networks contribute to 0.006 per cent of global freshwater and often serve as a lifeline for various domestic and industrial activities. Worldwide, the water quality of the river systems has been deteriorating due to various anthropogenic activities. Cauvery is one river system in South India that has been subjected to constant human threat.