Bear bile consumption in China is influenced by complex factors; consumers may use wild, farmed or synthetic versions on advice from traditional doctors or others 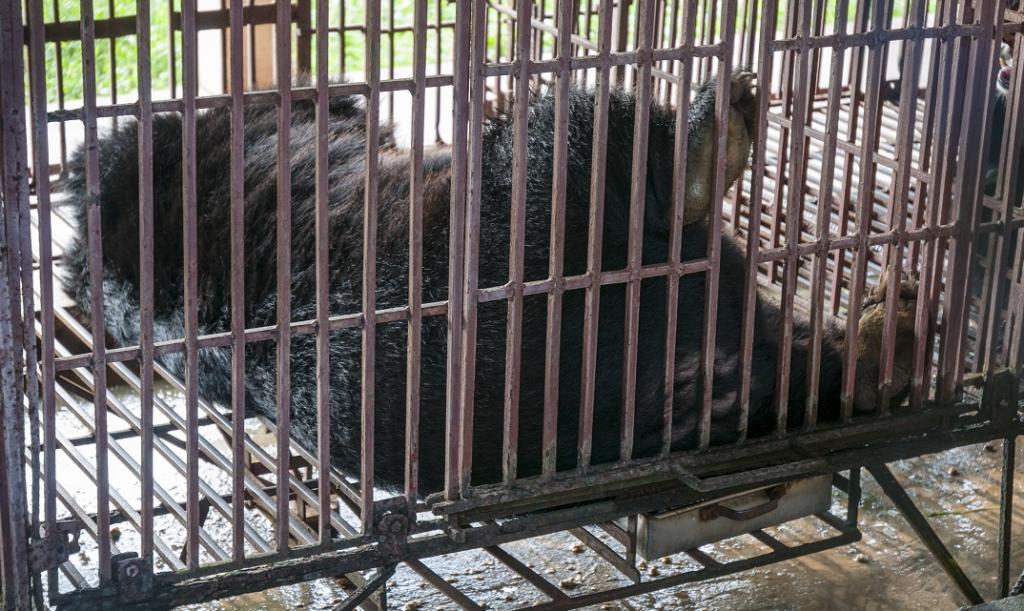 The demand for bear bile in China is very much existent and is sustained in part by practitioners of traditional Chinese medicine, according to a new study by the International Union for Conservation of Nature (IUCN), the University of Oxford and others.

Bear bile consumption in China is influenced by complex factors. The choice to consume wild, farmed or synthetic bile is influenced by advice from doctors or family members, individual preferences, knowledge or prior experiences with the product, according to the study.

The study was intended to find out the effects of bear farming for harvesting bile on conservation of the animals. However, the authors have noted that is impossible to conclude definitively as to how farmed bile influenced the overall consumption of bile sourced from bears in the wild either by poaching or capture.

This, they said, was because there were so many complexities and disparities in people’s decisions about bear bile.

The findings come even as the first edition of the IUCN Leaders Forum, organised by IUCN with the South Korean Ministry of Environment, will be held on Jeju island, South Korea from October 13-15, 2022. The event will focus on ‘Building nature-positive economies and societies’, according to the IUCN.

Read Fantastic beasts: How the industrial use of animals in Chinese medicine began

The use of bile produced in ursine gallbladders as a medicine was first recorded during the Tang Dynasty (618 to 907 CE) and was thought to cure a handful of diseases. Bear bile is rich in ursodeoxycholic acid (UDCA), which has proven medicinal properties.

However, the illegal trade in bear gallbladders became a major threat for bear populations in China and southeast Asia. The bear species mostly targeted is the Asiatic black bear (Ursus thibetanus).

It is one of eight extant (existent) species of ursids (the bear family) along with the American black bear, the sun bear, the spectacled bear, the brown bear, the polar bear, the sloth bear and the giant panda.

The farming of bears for extraction of bile became common in China in the 1980s when hunting was banned. It was intended to provide a legal supply of bile that would act as a substitute for the bile from poached wild bears.

The bears kept on such farms are known as ‘bile bears’. Bile is extracted from their gall bladders using a catheter or syringe. This and the fact that such animals are kept in tiny cages has, over the years, drawn the ire of animal welfare groups.

The decade-long study was undertaken after the 2012 IUCN Congress in Jeju, a blog post  by the authors dated September 28, 2022 on the IUCN website, noted.

Nine IUCN members at the Congress had tabled a motion to phase-out bear farming, stating the wide availability of farmed bear bile may have stimulated, rather than reduced, use of wild bear bile.

But the Chinese government objected to this. It claimed that bear farming had, in fact, helped curb poaching. It also said farmed bile was necessary for meeting medical demands and that bear farms in China were self-sustaining without the need to source cubs from the wild.

Besides China, bear farming also takes place in Myanmar, Laos, Vietnam and South Korea, where farms are mainly not self-sustaining, according to the blog post.

“After days of intense discussion … consensus was reached around the need for a rigorous, independent study with involvement from the IUCN Species Survival Commission (SSC) and IUCN Members, to try to understand the impact of bear farming on wild populations,” the post noted.

First, surveys with members of the public and interviews with medical practitioners were conducted in four Chinese provinces: Jilin, Guangdong, Guangxi and Sichuan.

This was followed by a survey of more than 1,400 consumers of traditional Chinese medicine to investigate what influenced switching between wild, farmed and synthetic products.

“Whereas less than 4 per cent of respondents directly admitted to using bear bile products, we estimate an actual use of over 11 per cent,” the blog post said.

Some groups such as women and young people were less forthright in admitting to using bile and bile products. The researchers were also unable to estimate the actual use of wild bile because just 0.4 per cent people in their sample admitted to using it.

A quarter of the traditional medical doctors and half of pharmacy workers interviewed had prescribed or suggested bile.

They also found that one group of people preferred only legal farmed and synthetic bile products and would be unlikely to use wild bile. Another group disliked synthetic products but would use either farmed or wild bile. A third group preferred to use an alternative to bear bile where possible.

The researchers also found that factors such as price and availability played a key role in choices that consumers made. This meant that those who preferred wild bile might only consume legal farmed or synthetic products.