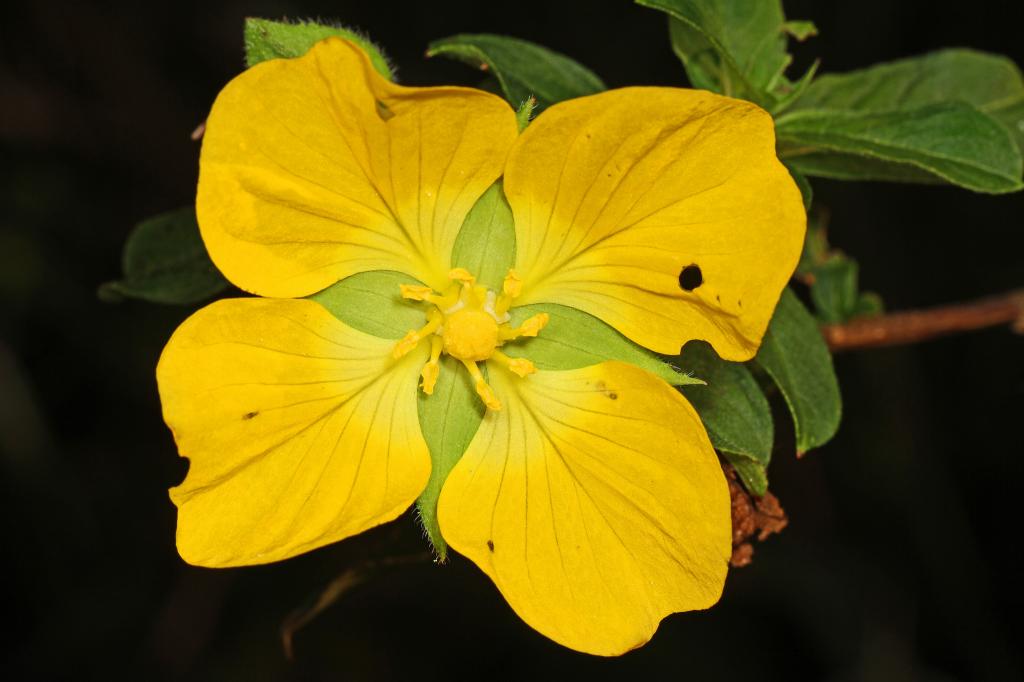 It is an invader nobody has seen on our borders but it can play havoc with the country’s biodiversity. An alien weed, Ludwigia Peruviana, is posing a threat to biodiversity in parts of Assam, particularly the catchment area of the river Dhansiri and eastern part of river Kopili, scientists have reported while expressing concern that it can spread to other areas in Northeast India.

The study, conducted by researchers at Assam Agricultural University and Tinsukia-based action group, Evergreen Earth, covered four distinct landscapes—marshlands, peat-lands, stream beds and bordering uplands spread over an area of 500 square kilometres. It was done in the Karbi Anglong and Nagaon districts of Assam where the catchment area of th Dhansiri and Kopili rivers are located. The weed is spreading rapidly in the region.

Popularly called primrose willow, Ludwigia Peruviana, is a native of Central and South America. Its flower is pale yellowish in colour and the plant grows to a height of about 12 feet. It is an aquatic plant, which is now challenging the existence of local vegetation in various swampy areas around the world.

The invasive species has already caused considerable damage to the plant community of marshlands, researchers have said in the study published in journal Current Science. The weed flourishes in sandy and mineral rich soil of wetlands.

According to the study, this weed has already damaged the marshland plant community and posed severe competition to the plants in peat-land ecosystems. It can clog natural waterways, increase sedimentation, results in accumulation of organic matter causing de-oxygenation of water columns, which in turn, can lead to disruption of fresh aquatic organisms.

The weed was first seen in 1993 in the Karbi Anglong district of Assam. Until 2008, it was scattered. In recent years, it has grown rapidly in Karbi Anglong and its lowlands. In addition to the Northeast, there are reports of this weed spreading in Tamil Nadu, Kerala, the Andaman & Nicobar islands and West Bengal.

Ludwigia Peruviana grows faster in wetlands than other harmful weeds. The pre-monsoon temperature and monsoon rains help this weed grow faster. It is posing a serious problem. There is an urgent need for effective and timely management strategies, the researchers say.