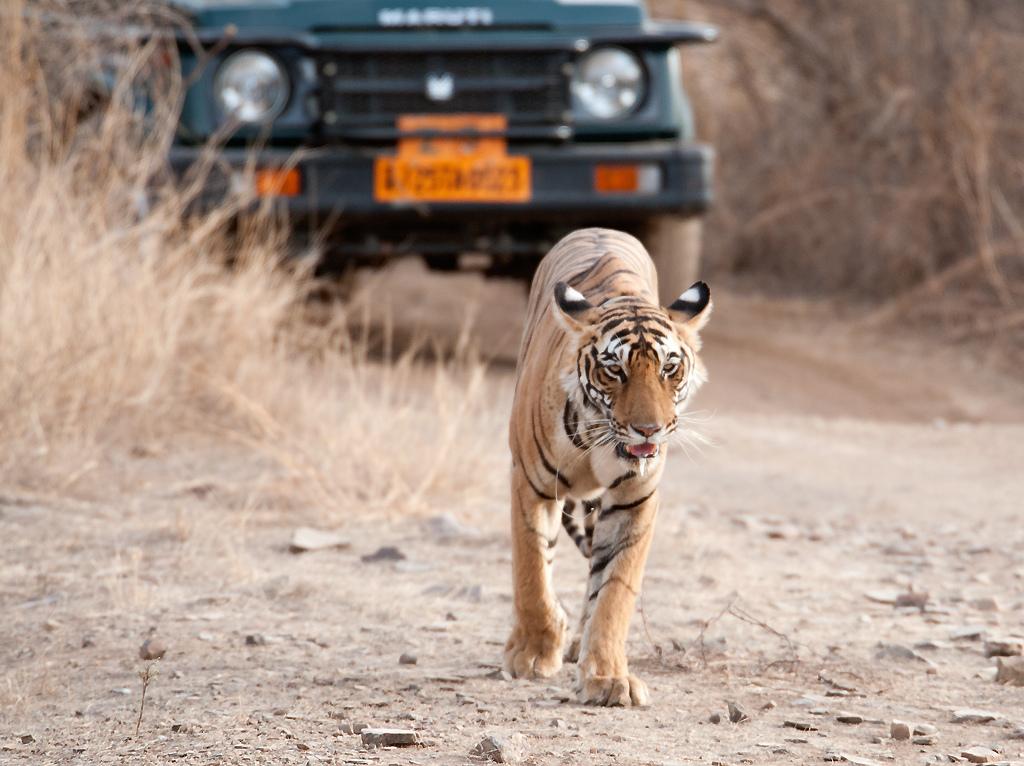 Incidents of poaching of tigers and leopards have been on the rise in the state.

The authorities at the Corbett Tiger Reserve (CTR) have issued shoot-at-sight orders after movement of suspected poachers was reported close to the southern boundary of the park. According to the Officiating in-charge of CTR, Parag Madhukar Dhakate, the step has been taken "to prevent killing of big cats in the reserve".

The Corbett National Park has a population of 164 tigers. Of the 44 tiger reserves in India, Corbett has the maximum number of tiger, with Bandipur Reserve (120 tigers) and Nagarhole Reserve (101 tigers) in second and third place respectively.

Apart from shoot-at-sight orders, the authorities have taken several other decisions, including extensive frisking of visitors to the park and barring villagers in the vicinity from entering the protected area. Over 100 villages are located in the vicinity of the park and most of the villagers depend on the area for daily needs like firewood.

Calling it a “tactical anti-poaching operations”, Dhakate said that the forest staff has been ordered to shoot at sight if a suspected poacher with arms is seen in the critical tiger habitat zone.

In order to further step up surveillance, two drones and 150 forest frontline staff have also been deployed.  More than 388 camera traps have been set up and sharp shooters with night vision goggles have been put on duty.

The park, however, will remain open to tourists in all five zones—Bijrani, Dhikala, Dhela, Durgadevi and Jhirna.

Between 2012 to March 14, 2016, 50 tiger deaths were reported from CTR, out of which 13 big cats were killed by poachers. Going by the statistics prepared by Delhi-based Wildlife Protection Society of India (WPSI), Uttarakhand reported seizure of 22 leopard skins and bones in the first eight months of 2016.

Last December, the Uttarakhand High Court had issued an order stating that no wild animals, including tigers, leopards and panthers, shall be declared man-eater and killed in the state. It had also ordered that the wild animal that poses threat to human life should be captured alive by using tranquiliser gun in the presence of a veterinary doctor.