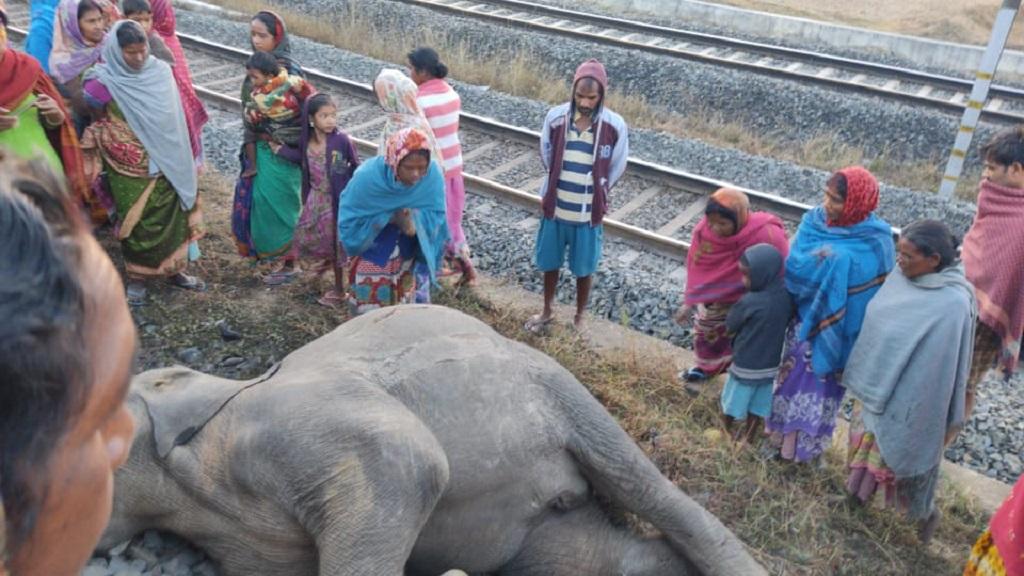 A case was filed against a locomotive pilot, Krishna Gopal, at Bisra police station in Odisha's Sundergarh district on February 5 under the provisions of the Wildlife Protection Act, 1972 for running over two wild elephants. The accident took place on the night of January 3, 2021 in Mahipani village within Odisha’s Rourkela forest range.

“A herd of 12 elephants were crossing railroad tracks when the mishap happened.  Two female elephants, aged eight and 12, were crushed under the wheels of the speeding train going from Howrah to Nasik,” said Bhanja Kishor Swain, chief conservator of forests, Rourkela.

The animals were killed because the train was speeding, Swain alleged, pointing out that railway authorities have not taken steps to check such violations in the area, which is an elephant corridor.

This was the fourth such incident in three months and the 31st in a decade.

Environmental experts also blamed the unrestricted speed of trains in the forest areas that lead to the death of many elephants. “The Supreme Court in its 2013 order directed the Railway Ministry to regulate the speed of trains when passing through the forests. In case the speed limit is not followed, appropriate action should be taken against erring drivers and officials concerned,” said Biswajit Mohanty, an environmentalist and the secretary of  Wildlife Society of Odisha (WSO).

The railway authorities have repeatedly ignored requests from Mohanty’s department to have trains reduce their speeds inside the Odisha’s elephant corridors, he said.

Mohanty has called for a special awareness campaign and training of train drivers on the problem. He also advocated that local eco-development committees coordinate migrations to avoid man-animal conflicts.

Even when brakes are applied with full force, trains can come to a halt only after a distance of 750 metres to 1,000 metres, said the railway officials. “It would be unjustified to blame railway authorities for the death of elephants," said Nirakar Das, chief public relations officer, East Coast Railway, Bhubaneswar.

It is the duty of the forest officers to inform the station masters to slow down or halt the trains when elephants are on the railway tracks, Das added.