In the shadow of the tiger, its co-predators are suffering 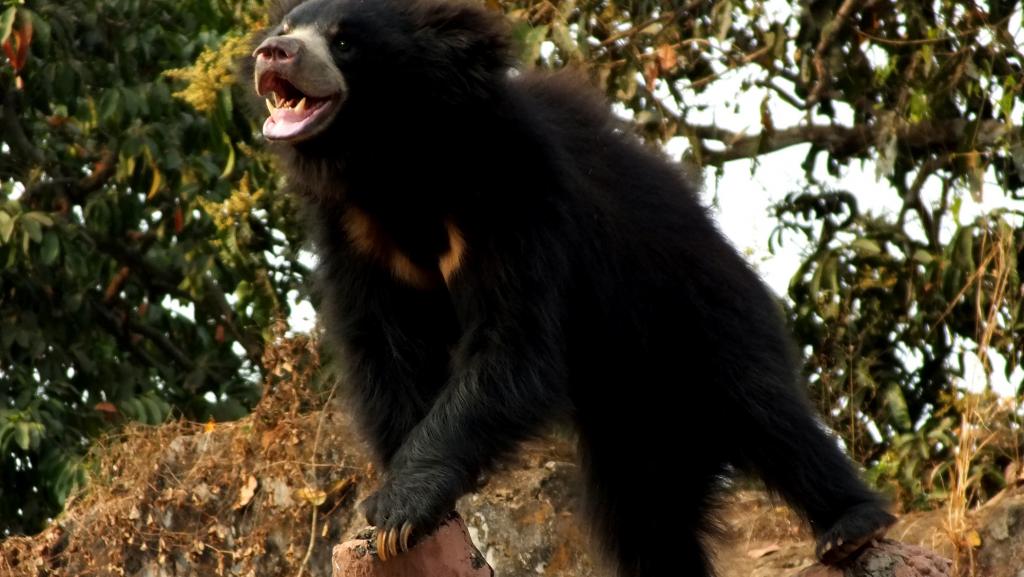 The picture for sympatric or co-predators of the tiger in India’s forests is not as rosy as the big cats themselves, a new government report shows.

While the number of tigers has increased by six per cent every year since 2006, the same is not true for the co-predators.

In fact, the conservation status of predators like the striped hyena, the Indian wild dog (dhole), jackals and wolves, is a cause of concern in most landscapes.

The report gives the area of distribution of these species across the major landscapes — Shivalik Hills and Gangetic Plains, Central India and Eastern Ghats and lastly, the Western Ghats.

For species like the striped hyena, the area of occupancy has reduced by almost half in the Shivalik Hills and Gangetic Plains and the Western Ghats landscapes between 2010 and 2018.

The status of jackals and wolves is even more worrying. Their area has reduced by around 80 and 76 per cent respectively in the Western Ghats between 2010 and now.

The special attention given to tigers under Project Tiger was to make them a conservation umbrella species. What this means is that by ensuring the survival of tigers, the apex predator in an ecosystem, one can also conserve the entire ecosystem and other species within it. In a way, tigers are seen as indicators of a healthy ecosystem. The more the tigers, the healthier an ecosystem.

“What the situation calls into question is the idea that the tiger is the umbrella species and protecting it would ensure the conservation of all other species,” Abi T Vanak, senior fellow and convenor, Centre for Biodiversity and Conservation at Ashoka Trust for Research in Ecology and the Environment, Bengaluru, said.

“In fact, what this shows is that if your management focus is only towards tigers, other species will lose,” he added.

Status of Tigers, Co-predators and Prey in India, 2018 was released on July 28, on the eve of Global Tiger Day. The report is published every four years.

Here is a brief summary of the major co-predators’ status:

Striped hyena distribution in the Shivalik Hills and Gangetic Plains landscape reduced to 1,054 square kilometres (sq km) in 2018, from 2,795 sq km in 2010. The species was present in Dudhwa and Sohagibarwa in 2010 but not in 2018-19, according to the latest report.

“Hyena seems to be more abundant in Suhlewa Wildlife Sanctuary and in the forests of south-eastern Uttar Pradesh rather than in the Shivalik-Bhabhar tracts of this landscape,” the report said. “Conservation of striped hyena in this landscape requires attention,” it added.

The Shivalik Hills and Gangetic Plains landscape in India spans across the states of Himachal Pradesh, Uttarakhand, Uttar Pradesh, Bihar, West Bengal and Assam and is comprised of three parallel geological zones — the Shivaliks, the Bhabar tract and the Terai plains.

Similarly, in the Central India and Eastern Ghats landscape, the minimum area of hyena presence declined to 91,072 sq km in 2018, from 1,04,453 km sq km in 2014. The species was found to be more prevalent outside protected areas.

“As major distribution of this species was found in the forests outside protected areas, its conservation is challenging and needs to incorporate involvement of the local communities,” the new report said.

“With canids, diseases are a major cause of deaths. But the decline in the hyena population is really worrying,” YD Jhala, dean at the Wildlife Institute of India and lead author of the report, said.

Most recordings of the dhole were from outside protected areas. “Due to propensity of dholes to predate on livestock, they often come into conflict with people,” the report said.

“Awareness, compensation, and legal enforcement are required for conserving dholes in this landscape. Understanding the dynamics of diseases and their impacts on the dhole populations due to human modification of the landscape is urgently needed to conserve this species,” it added.

“Dholes seem to have become extinct from the northern block comprising the forests of Sheopur, Kuno, Madhav, Ranthambore, Mukundara and Sariska,” the report said.

“Dholes were found to occur across this landscape in the past but were likely exterminated from the western Terai due to bounty-driven persecution,” the report said. It called for dholes to be reintroduced in parts of their historic range.

“Due to development-driven loss of grasslands and scrublands outside the forested areas that are critical refuges for denning and pup rearing and with persecution of wolves by local communities for livestock predation, the species is highly threatened in the landscape.”

“Wolves, as obligate savanna grassland species, mainly occur outside the formal protected area system and are unlikely to be captured by the tiger monitoring exercise. In most places, wolves are highly dependent on small livestock, now that the large herds of blackbuck and chinkara are few and far between,” Vanak said.

The species’ occupancy has reduced to 5,325 sq km in 2018, from 26,985 sq km in 2014 in the Western Ghats landscape. The estimation process had found presence of jackals in Kerala in 2014. But the latest report doesn’t include the state in the distribution of the species.

However, experts say that in the absence of any motioning programme or flagship scheme, it’s hard to tell the cause of this reduction at a national level.

“In the area where we have been studying jackals for the last four years, there have been several deaths due to jackals eating pesticide-laden dead poultry as well as cases of Canine Distemper Virus and poaching. But in the absence of a systematic monitoring programme for the species, we don’t really know what’s happening at the national level,” Vanak said.

“The presence of bears outside protected areas and sub-urban landscapes though encouraging, also raises a major concern of human-bear conflict,” the report said.

“With bears, the reduction in occupancy area could be because of sampling and surveying issues,” Jhala said.

With the area of occupancy of these co-predators in decline and the absence of any species-specific programme geared towards their conservation, the question is whether tigers can really save all the other species?

“Proper monitoring and studies need to be done for these species,” Jhala said.

What is also under doubt is the method of forest management with respect to these non-flagship species.

“In India, the three key things that need to come together for effective conservation — ecological understanding, regulatory frameworks and management institutions — are all heavily forest-focused. The conservation needs of our grasslands, savannas and scrublands and their unique fauna, cannot be fulfilled by borrowing endlessly from research, laws or management practices meant for forest habitats,” MD Madhusudan, a wildlife researcher, said

“Unless this changes and these ecosystems get the attention they deserve, predators of these non-forest ecosystems like jackals, wolves and hyenas will continue to fare more precariously than their forest-dwelling cousins,” he added.