With the largest brain to body ratio, elephants show emotions like mourning their dead. There are many cases when elephants have repeatedly come to the spot where the carcass of the herd leader was and stayed there for some time (Photographs: Getty Images)

ELEPHANTS ARE known to closely resemble humans in their emotional and social behaviour. From expressing grief to respecting hierarchy, elephants have much in common with us. In fact, the resemblance was noticed even in ancient times. Pliny the Elder, the Roman philosopher, said, “The elephant is the beast that comes nearest to man in intelligence.”

Historically, elephants have also played an important role in warfare. After Alexander’s campaign in the Indian subcontinent and he first sighted elephants being used in a war, there was a virtual arms race for elephants; victory was dependent on acquiring elephants.

Now, however, things have changed. From a prized wartime possession, elephants have become beasts of burden or a source of entertainment in circuses and temples. Despite the relatable attributes that we share with the giant, the survival of elephants is threatened due to destruction of habitat and poaching for ivory. While the population of African Elephant (Loxodonta Africana) is categorised as “Vulnerable”, the Asian Elephant (Elephas maximus) has been listed as “Endangered” on the International Union for Conservation of Nature’s Red List of Threatened Species.

In fact, the elephant has never slipped out of national imagination. The Union Ministry of Environment, Forest and Climate Change (MEF&CC) has a national project, Project Elephant, dedicated to the jumbo. MEF&CC is also now in the process of drafting a National Elephant Action Plan for the better conservation of the animal. While much has been written about the prehistoric mammal, here are some of the secrets of elephants from two recent books — Elephant by Errol Fuller and The Secret Life of Elephants by Ritesh Joshi. 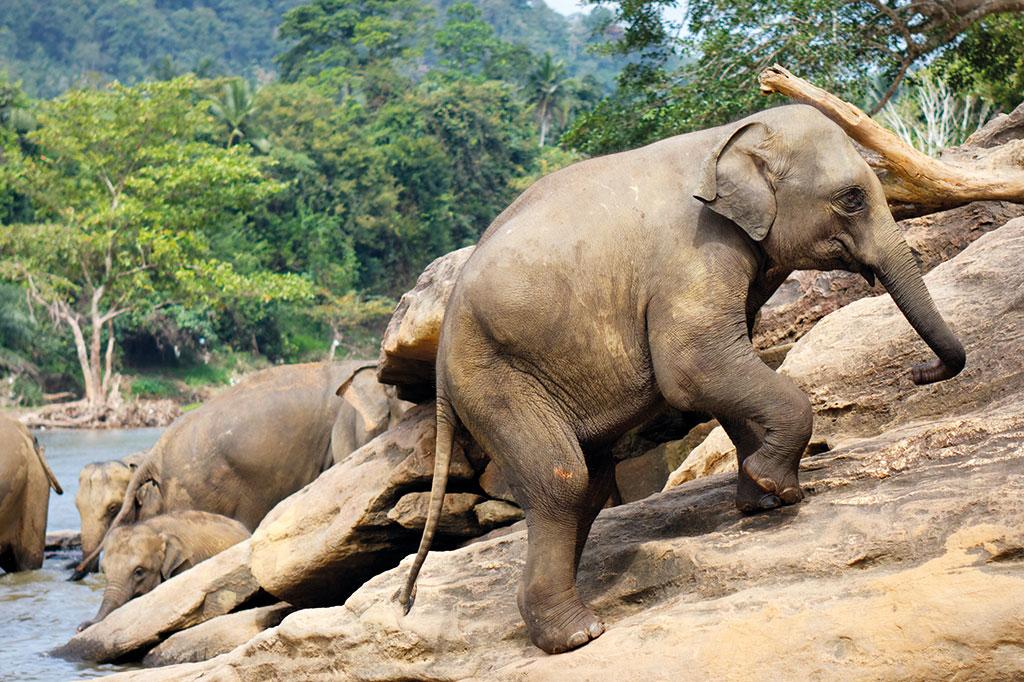 There aren’t a lot of animals who can identify themselves in a mirror. Only apes, dolphins, some members of the crow family and elephants can do it. This has been proven by tests where a sticker is placed on the body of the elephant and is then shown the mirror. The elephant will check his/her body for the sticker.

The young ones are a part of matriarchal herd till a certain age, after which they are encouraged or forced out. The young elephant then decides to either opt for a solitary life or join a male herd. But joining a group, with its own patriarch and strong hierarchy, is not easy. Fuller says that initial rejection has to be followed by persistence involving small act of respect and submission. One such act is when an elephant dips the end of his/her trunk to the mouth of another, it seems like a handshake.

HELPING OTHER SPECIES
Elephants are known to help other wild species through their activities. Their movement in the forest creates trails which are later used by other animals. Sometimes, spotted deer and sambar (Rusa unicolor) follow elephants when they are feeding on specific species that they cannot access. Elephants break the twigs of trees such as Ficus glomerata and Bombax ceiba to feed on bark and soft twigs, leaving the leaves aside, which are then consumed by the deer. Elephants can also sense under-ground water sources. Usually in summers, they dig holes to get freshwater. These water holes are then used by other species. In Kenya, some communities follow elephants to find water sources.

Can elephants recognise humans? Observations by Joshi and Nirmal Ghosh, a wildlife conservationist, seem to suggest so. Both authors have witnessed elephants showing signs of recognising humans. Joshi has observed and recorded instances where elephants have not attacked or disturbed a physically challenged person, and Ghosh has recorded similar evidence where the elephant did not attack a person who he had seen earlier. This could be due to the elephant’s excellent memory. Its memory can help recognise as many as 1,000 individual elephants. 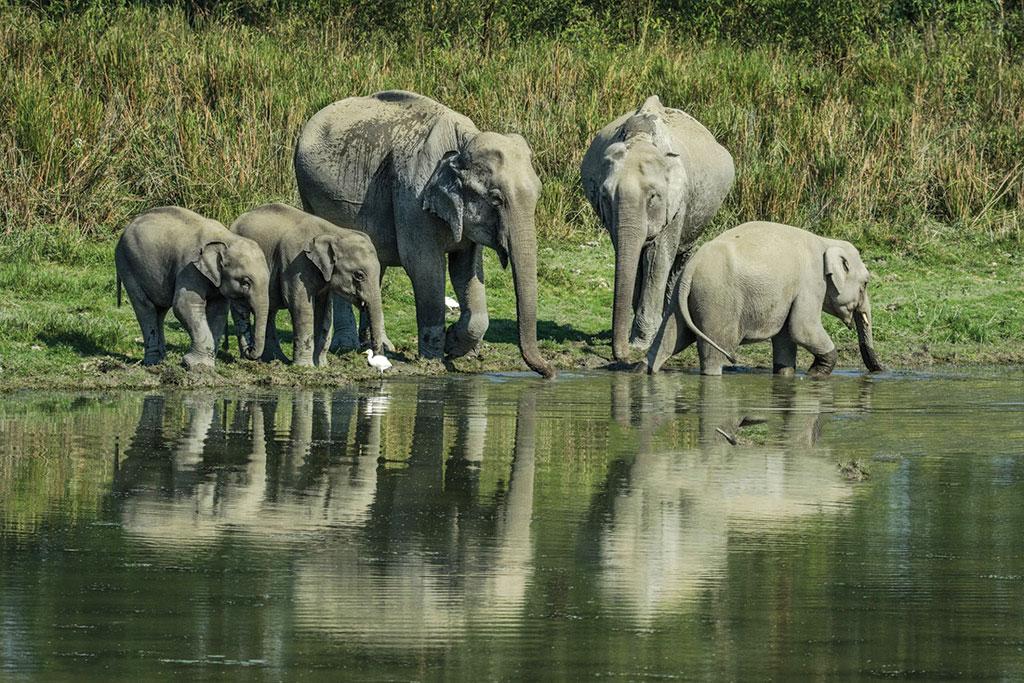 Adult elephants can climb steep hillsides in search of food. Joshi witnessed this movement of elephants, but says that the method they adopt to come down is even more interesting: “I was following a group of seven elephants, which were moving slowly along the rough road in the forest. On a spot near the Mitthawali river, the elephants stopped and started feeding on grass hanging on a rocket slope, from where it was not possible to slide down easily, even for human beings. After nearly 10 minutes, the elephants started moving ahead. However, an adult cow, instead of following them, started moving towards the narrow steep terrain to feed on the grass. I could not believe my eyes! She first bent her front legs and put her body down on to the slope. Her hind legs were working as a support to maintain body balance.

When half of her body was well placed downwards, she bent back on her hind legs and slid down from there.”

MOURNING THE DEAD
With the largest brain to body ratio, elephants show emotions like mourning their dead. In one instance from Shyampur forest, Joshi found that a group of four elephants repeatedly came to a spot where the carcass of the herd leader was, after he died from electrocution, staying there for some time. Elephants mourn near the skull/carcass of the deceased member of the family. Studies have shown that elephants may not specifically select the skulls of their own relatives, but their strong interest in the ivory and skulls of their own species means that they in all probably visit the bones of relatives who die within their own home range, says Joshi.