Jumbo without a jungle

Experts from the fields of history and conservation tell Down To Earth about why, despite featuring so frequently in Indian history and culture, the elephant is struggling to find a home for itself in India

The “Gaj Mahotsav”, organised from August 12 to August 15 in the national capital, was intended as a “celebration of the Asian Elephant as India’s National Heritage Animal”.

Organised by non-profit Wildlife Trust of India (WTI) and the International Fund for Animal Welfare (IFAW), in collaboration with the Union Ministry of Environment, Forest and Climate Change and the United Nations Environment Programme, the four-day extravaganza saw events dedicated to the elephant in art, culture, dance, music, film, literature, spirituality, ecology, media and policy.

That the elephant is omnipresent in Indian life would an understatement. The very entrances to homes are marked with icons or images of Ganesha/Vinayaka/Pillaiyar. The reason for the omnipresence is the long interaction that humans and elephants have had in this part of the world.

“Over the last 2,600 years, which is a very long period of human history, elephants became a very important part of the war machine in many parts of Asia. There is a remarkable book by Professor Thomas Trautman, in which he argues that there is an intimate relationship between elephants and kings,” Mahesh Rangarajan, Dean, Academic Affairs, Ashoka University, told Down To Earth.

This relationship became “four-cornered” in ancient South Asia, explains Rangarajan. From around the 3 century BCE or even earlier, elephants were captured and trained and used in warfare. The capture of the elephants took place in forests and because of this, from a fairly early period, some forests were set aside as “gajavanas”, where there was a death penalty for the unauthorised killing of elephants. The same elephants were captured and appropriated for the kings and armies. The capture was done by peoples living in and around the forest.

“This four-cornered relationship between the forest, forest peoples, kings and  elephants was one of the defining long-term features of kingship in South Asia. And what is fascinating is that this appears to have been adapted in many parts of West Asia as well. In Alexander’s time and many centuries after that, there were many elephants in the Euphrates-Tigris basin as well. This model also found wide-spread adoption in Southeast Asia as well. The elephant was more than just a military artefact. It had cultural, political and social significance. Let us remember that having a group of fighting elephants 500 or 1000 years ago, was akin to having some very up-to-date guns, missiles and tanks today,” comments Rangarajan.

However, despite this long association, elephants in India as well as other parts of Asia have had to suffer greatly at the hands of humans. “Out of the 101 elephant corridors that we have identified in India, 33 per cent are facing encroachment. On the one hand, you have loss and fragmentation of habitat due to industries, linear structures and agriculture. On top of it, there is encroachment. To top it all, the human population is bursting,” notes Sandeep Kumar Tiwari, Programme Manager, IUCN SSC-Asian Elephant Specialist Group. 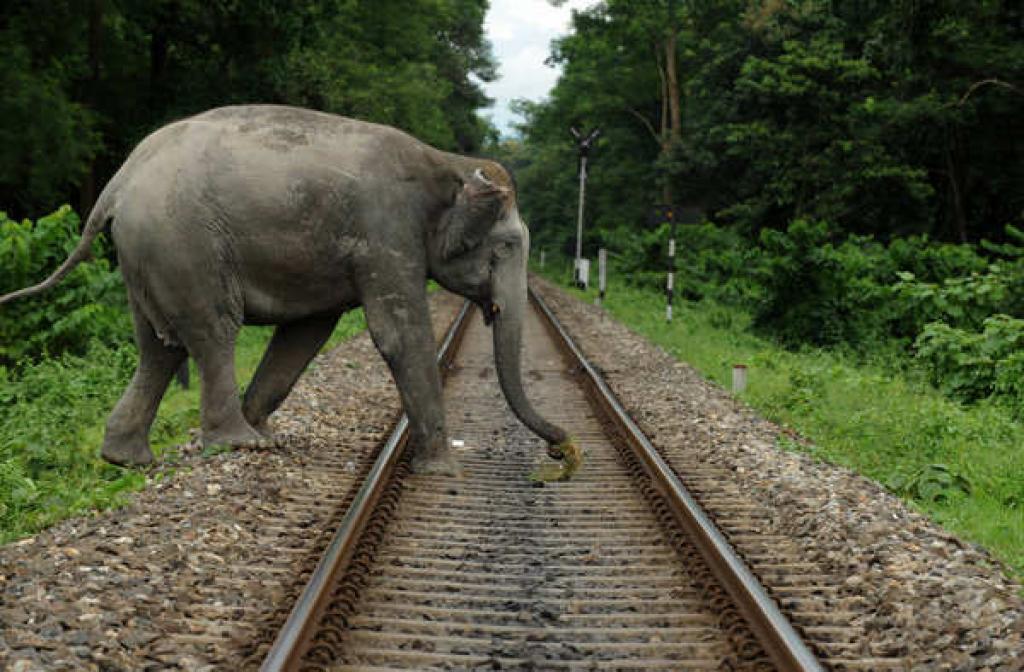 Among the linear structures that Tiwari mentions, are railway lines. They have turned into veritable killing traps for pachyderms in India. Every year, there are reports of trains killing individuals or even entire herds that cross tracks.

But the worst part is that the train problem is not being dealt with seriously. “All elephant areas where railways pass through and conflict happens have been mapped. All pros and cons have been deciphered. But the sad part is that the mitigation measures suggested are not being taken up by the Railways Ministry and other agencies. It has been more of a “Band-Aid” approach, not a holistic one,” says Tiwari.

There is more. “Poaching (for ivory) had mostly died down but it has revived a little in the last few years. There have been seizures of ivory in Kerala and Delhi. What is more worrying is that in the Asian scenario, a number of other elephant products have started becoming mainstream. For instance, in Myanmar, they are making jewellery from elephant skin and bones. If this trade increases, then both, males and females will be in danger,” warns Tiwari.

Can there be a truce?

According to the latest census done in 2017, there were 27,320 odd elephants in India. “There are murmurs that the population has come down. That is not true. Nobody believed the earlier figure of 30,000 put forward. We all knew it was between 25 and 26,000. So numbers have not come down. There has only been exaggeration but the estimation process is becoming more practical and realistic,” says Tiwari.

“It is possible to secure a future for elephants in this country. But for that, we have to secure the habitats that are already in protected areas. In much larger areas outside, we have to have slow-go zones, where we think 10 times before putting linear structures like rail and roads,” says Rangarajan. “Secondly, much of the direct human-elephant conflict is over crops. We need to assurance, support, insurance, livelihood to those who share habitat with elephants, while at the same time trying to minimise human-elephant conflict. So, we have to secure elephants where they breed and live largely, but also the larger zones in which they move through and also inhabit, and do it by being sensitive to the people there,” he adds.

“The elephant will survive in India. But it will face major challenges. There is no legal protection to the corridors, there is no land use mapping, and reserves are not being protected. It will be a very bleak scenario,” says Tiwari.