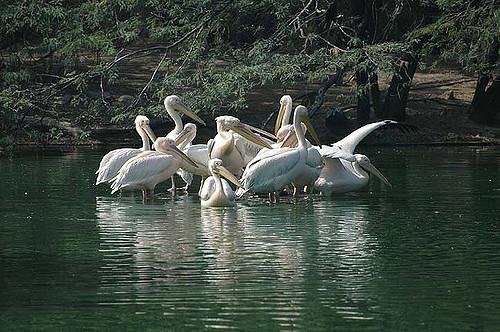 The monitoring committee appointed to oversee the outbreak of Avian Influenza in New Delhi and Gwalior has submitted its report to the Ministry of Environment, Forests and Climate Change.

The committee has observed in all three contaminated spots—National Zoological Park and Deer Park in New Delhi and the Gwalior zoo. Activities of other birds appear to be normal, the committee said.

Constituted on October 22 after deaths due to avian influenza or bird flu were reported, the committee comprises member secretary of Central Zoo Authority as the chairman, director of the National Zoological Park as the member convenor and the deputy inspector general of Forest (Wildlife) as the Member, was constituted on October 22.

The committee also informed the ministry of the action taken to prevent any further spread of the virus. While surveillance continues in the zoos, bio-security measures being strictly enforced. Disinfection by spraying anti-virus and other solutions is being undertaken regularly. Meanwhile, five samples from Gwalior zoo have been sent to Bhopal for examination.

The premises have remained closed to visitors while staff has been examined after exposure to the virus, the committee informed.

Earlier, the Centre also issued a health alert to states by listing out precautions to be taken to prevent an outbreak of bird flu.

In October, National Zoological Park was shut down for an indefinite period of time after nine water birds died due to bird flu. By October 24, six more ducks were found dead at the Hauz Khas deer park. Suspected bird flu also wiped out all painted storks at Gwalior zoo. The death toll from this incidence of avian influenza (H5N1) has touched over 70. This outbreak followed only a month after India was declared free from H5N1 on September 5.