They selected two plots. Peafowl were allowed in one and not in the other. After four years of repeated estimates, the researchers have concluded there can be a difference in the yield of up to 40 per cent on average between the two plots 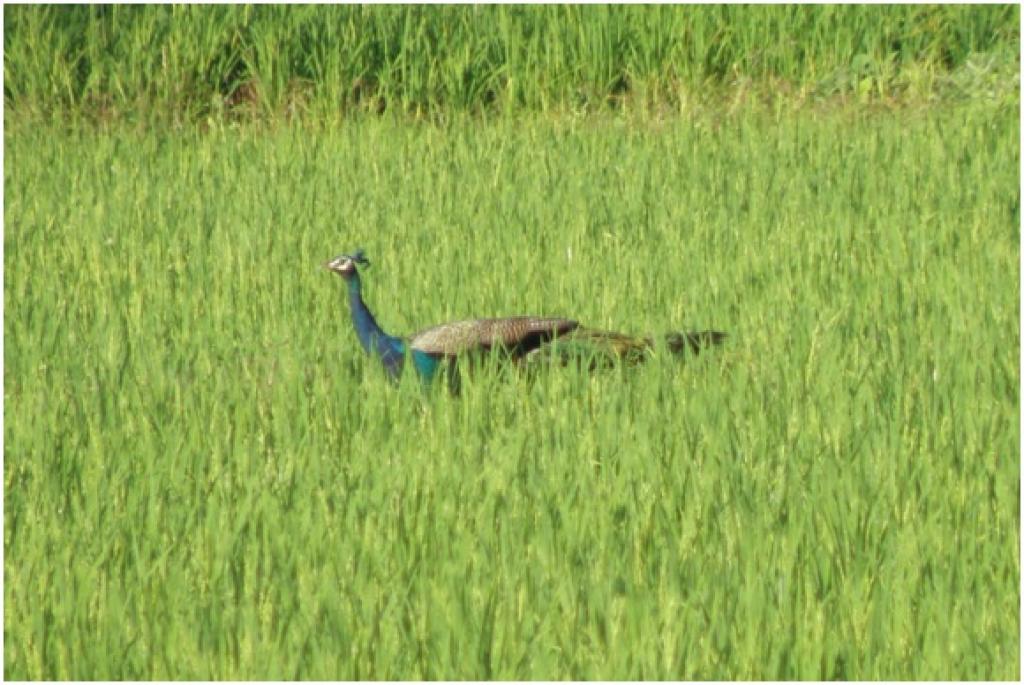 India’s national bird, the peafowl, has been a part of mythical stories and is also considered sacred. Over centuries, they have been playing an important role in agricultural ecosystems by aiding in-seed dispersal, scavenging, and for control of insects and rodents.

However,of late, they are turning out to be a problem.The main issue is that their  population is growing. While social customs bar people from causing any harm to them, there has been a decline in the population of their natural predators for various reasons. The bird is also protected under the Indian Wildlife Act.

Farmers are hit hardest as instead of being a help, peafowl are becoming a menace, damaging crops, over-feeding on fruits and grains and trampling on and dislodging seedlings. Consequently, there have even been reports of farmers resorting to poisoning, trapping, hunting and even electrocution in a surespetious manner to protect their earnings.

A team of researchers from Kerala Forest Research Institute and Christ College in Thrissur in Central Kerala have sought to find out whether it was possible to pay compensation to the farmers affected by the problem like it is done for damages caused by wild animals like elephants.

They conducted the study at Chulannur Peafowl Sanctuary in the state. They did an enclosure experiment in a paddy field to estimate the loss. They selected two sets of plots. One was provided with an enclosure to avoid depredation by peafowl and the other was treated as a control plot. After four years of repeated estimates, the researchers have concluded there can be a difference in the yield of up to 40 per cent on average between the two plots.

The researchers feel that the quantification of actual economic loss could form the basis for the provision of compensation for the farmers. They feel that it can be a win-win situation for all and bringing in the communities into wildlife conservation.

Ex-gratia payment for damage caused by elephants and other wild animals has been a good solution to address the man-animal conflict issues relating to wildlife. It had not been possible for damage caused by peafowl as there was no data to go by so far. Now, the data is available and can be used.

The study was conducted by Suresh K. Govind of the Forest Research Institute and E A Jayson of Christ College. The study has been published in journal Indian Birds. (India ScienceWire)