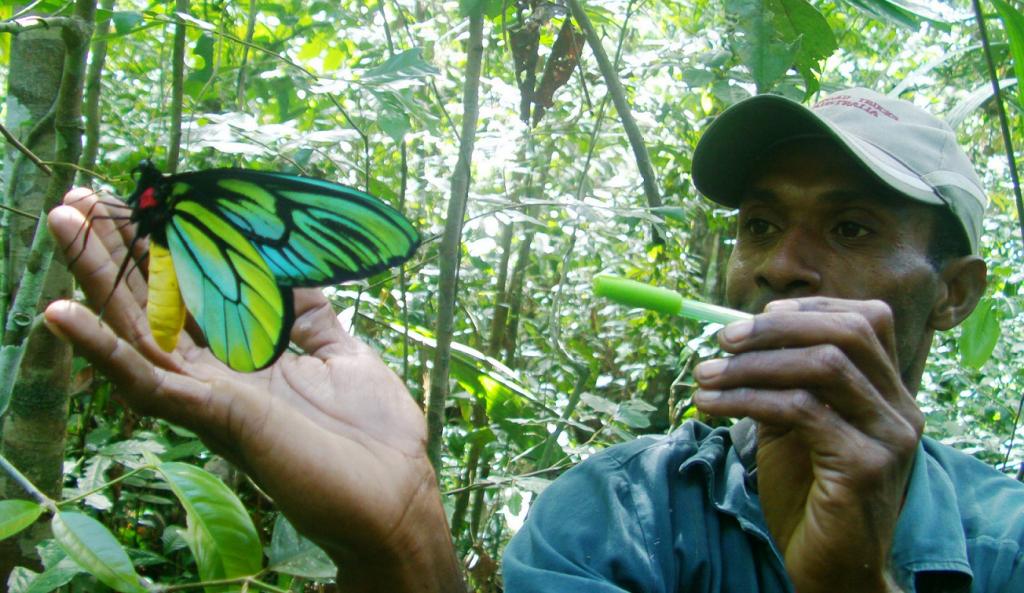 In the Northern Province of Papua New Guinea, the density of Queen Alexandra's Birdwing has shrunk to only 10 per sq km. Credit: Angelus Palik / SBBT

It is perhaps because of their beauty and grace that they were named after the wife of Edward VII.  Queen Alexandra’s Birdwing, the largest butterfly in the world with a wingspan of 30cm—at least 10 times the size of common butterflies—was discovered in Papua New Guinea in 1906. More than a century later, one of the world’s rarest species has become the most endangered. In the Northern Province of Papua New Guinea, the last frontier, the density of this butterfly has shrunk to only 10 per square kilometre. They are now handful in number, but what’s causing their race to dwindle?

New Guinea, which is the world’s second largest island, has an ideal climate for palm production, with Indonesia occupying the western half of the island and Papua New Guinea forming the island’s eastern side. Palm oil producers in the western part are fast expanding into Papua New Guinea to reach the goal of producing 40 million metric tonnes by 2020.

With traditional locations for plantations becoming saturated, companies are now turning to seemingly unexploited tropical forest in Papua New Guinea. The scramble for producing more palm oil is leading to rampant clearing of forests—natural habitat of birdwing butterfly. The country is already witnessing a steady increase in FORMA alerts—fortnightly updates based on satellite images on spots that have recently been cleared.

In 2013, Papua New Guinea received nearly 2,200 alerts—the highest since recordkeeping began in 2006. Not only are the trees being cut indiscriminately, the area earmarked for palm oil production is set on fire as a preferred method of clearing. The extent of damage done in the tropical rainforest is somewhat evident in satellite images. 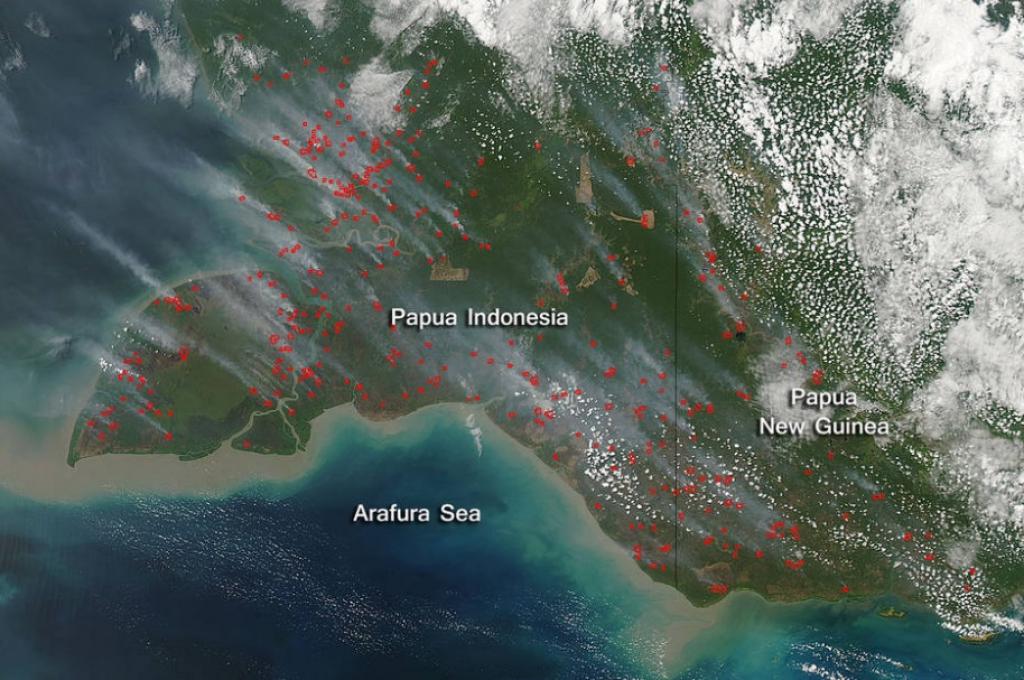 There have also been reports about government losing control over palm plantations, which are being increasingly privatised, with Chinese, Malaysian and Indonesian investors appropriating lands of the locals to increase the network of oil palm plantations.

The same region, whose landscape is undergoing a rapid change, is home to three out of the top 10 endangered species of shallowtail and birdwing butterflies. While Queen Alexandra's birdwing is considered endangered by the IUCN, Papilio moerneri is one of the rarest and least known of all Papua New Guinea Swallowtail butterflies that has not been seen since 1924. The Southern Tailed Birdwing is also considered vulnerable. Habitat alteration due to volcanic eruption in the 50s and habitat destruction for oil palm plantations are key reasons why they are pushed to the brink of extinction. 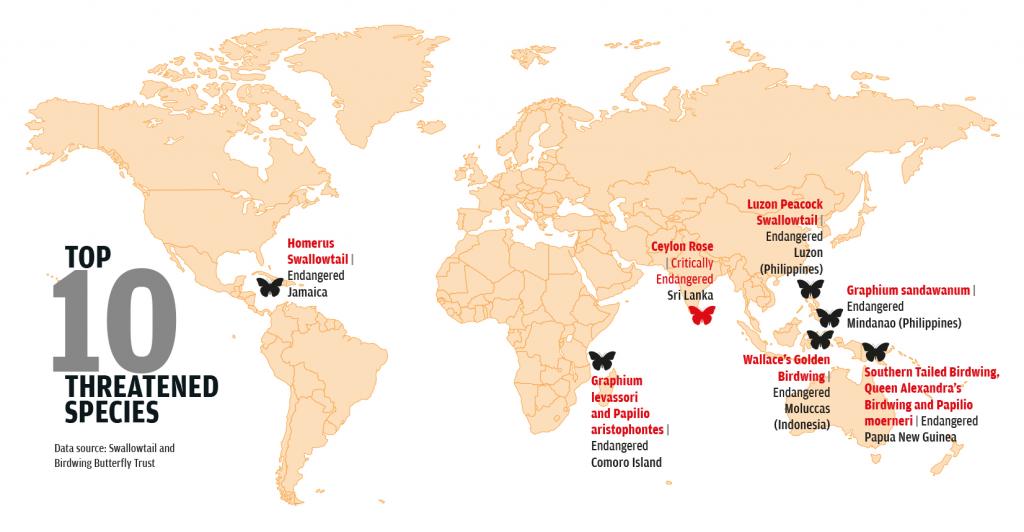 Fortunately, a new initiative is coming to the rescue of these beautiful winged creatures. The Swallowtail and Birdwing Butterfly Trust (SBBT), led by entomologists and conservationists, has been established to conserve and protect butterflies of Papilionidae family globally. Its first project is Queen Alexandra’s Birdwing.

With funding from the Malaysia-based Sime Darby Foundation (SDF), the SBBT is trying to create a state-of-the-art captive breeding and release facility in New Britain Palm Oil Limited (NBPOL)’s Higaturu palm oil estate—the heart of the butterfly’s home. The captive breeding and release programme will be accompanied by habitat enrichment and protection of remaining forest areas around oil palm plantations.

The SBBT, according to its official website, is providing technical, scientific and international support for “studying the best areas to release the butterflies in the forests surrounding the palm oil estates, cultivating vines in those areas, and making sure there are supplies of the butterflies' favourite food plant, the Dutchman’s pipe”.