World Tiger Day: The striped cats have gone extinct in 3 southeast Asian countries; here is why 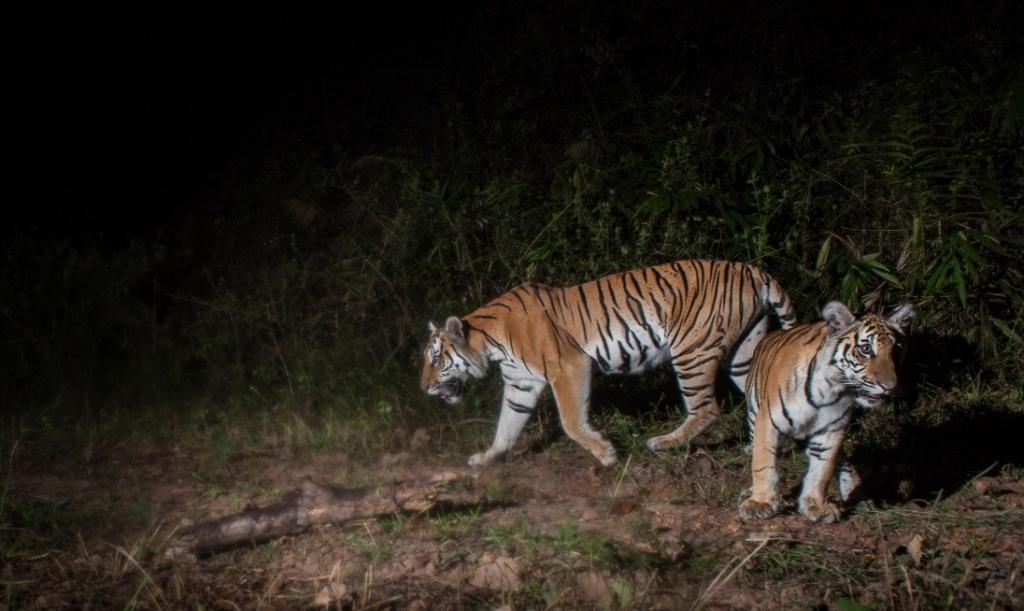 As the world celebrates yet another World Tiger Day July 29, 2022, there is sobering news. The International Union for the Conservation of Nature (IUCN) recently confirmed that the tiger has gone extinct in Cambodia, Laos and Vietnam. The reasons, according to tiger experts, are poaching and habitat loss.

“The last time a tiger was seen in Cambodia was 15 years ago, with a camera trap. It is therefore almost certain that there are no tigers in Cambodia anymore,” Niels Debonne from the Institute for Environmental Studies (IVM), Amsterdam, told Down To Earth.

Eric Ash, currently a postdoctoral researcher with WildCRU or the Wildlife Conservation Research Unit of the University of Oxford, also confirmed the IUCN’s findings on Laos and Vietnam.

“Evidence suggests that tigers have been extirpated from Nam Et-Phou Louey National Protected Area (NEPL), which is Laos’ largest protected area and previously had the country’s only source population of tigers,” he told DTE.

The extirpation of tigers from NEPL had dealt a considerable blow to the hope that Laos supported a functional and sustainable tiger population and it was unlikely a large, viable population existed anywhere else in the country, Ash added.

“According to the 2022 IUCN Red List assessment, the last confirmed records of wild tigers in Vietnam date back at least 20 years.

“Given rampant and indiscriminate use of cable snares in the country, which have driven declines in many mammal species, it is difficult to imagine any wild tigers remaining in the country,” Ash said.

Debonne said tigers were hunted in Cambodia for their body parts to be used in traditional Chinese medicine. In addition, their prey such as deer, wild cattle as well as others had been hunted excessively by people to feed themselves during the Khmer Rouge period as well as in later years of instability.

Ash noted that it was difficult to say for certain without access to data from systematic population surveys as to when tigers began to vanish from Laos and Vietnam.

“It is possible that population declines in these countries accelerated in the early 1990s during a global increase in poaching, fuelled by demand for tiger parts,” he said.

“A 2016 study by Arlyne Johnson and others suggested a decreasing tiger population in NEPL during the period from 2005-2012, which was later reinforced by data from 2013-2017. It is thought these declines were driven by snaring from increased road and human presence in the protected area,” Ash added.

Tigers disappeared from many parts of Vietnam before reliable, systematic population surveys could be carried out. This is likely due in major part to large-scale habitat loss and poaching.

“The Southern-Central Annamites was designated as a tiger conservation landscape in a 2006 study by Eric W Sanderson and others. According to the latest IUCN assessment, tigers were last photographed in Vietnam in Pu Mat National Park in 1999,” according to Ash.

In Cambodia, another major factor besides poaching has been habitat loss. “Cambodia has, on paper, one of the largest shares of protected areas in the world. However, protection levels are weak, partly due to corruption. In fact, large parts of Cambodia’s parks have been sold to agribusiness investors,” Debonne noted.

The Eastern Plains, a tropical dry forest, was the stronghold of the tiger in Cambodia. “Much of it is still there, although many parts have also disappeared due to agribusiness development. However, it is nowadays largely empty of life,” he added.

Cambodia has lost its tigers but not hope. In late September 2017, the country’s powerful Prime Minister, Hun Sen, a former Khmer Rouge commander, announced that tigers will be reintroduced to the country with the help of the World Wide Fund for Nature.

“It is interesting to see that Cambodian policy makers are very invested in their plans to reintroduce tigers. In a country that has many issues, this issue is somehow still very high on the agenda, in the top levels of government,” Debonne said.

But it is not going to be easy. Debonne had authored a paper in 2019 where he had talked about how one branch of the Cambodian government was setting up protected areas and reintroduction plans, while another was selling off the same land to agribusiness investors.

“I believe Cambodia has actually made significant progress to improve their governance. They have stopped granting any more agribusiness concessions and have taken a more aggressive stance against agribusinesses in protected areas,” he said.

But other issues remain. Can Cambodian policymakers find the political will and funding to stop the poaching of prey animals? Will local populations accept the reintroduction (and the risks that tigers also pose to humans and livestock)?

“In short, I believe tiger reintroduction is possible but before you reintroduce any animal, you should be certain that you fixed all the issues,” Debonne noted.

Ash gives a similar explanation on Laos and Vietnam. “Any intervention exploring the potential reintroduction of tigers into their former range requires the factors that have driven tigers to extinction in the first place have been effectively addressed,” he said.

These include sufficient prey and undisturbed habitat, rigorous protection and monitoring systems and support from local communities living with tigers.

What about southeast Asia as a whole? The IUCN report has talked about developing a 12-year strategy for saving the species in the region. John Goodrich from Panthera had sounded an optimistic note when the report released.

“Malaysia and Thailand have further increased eyes in the wild by utilising poacher cams, which alert law enforcement of protected area intruders in real-time and have led to the apprehension of over a dozen poachers. The tide for tigers is turning,” he wrote for The Print.

Debonne is also hopeful. “The big rush for land by agribusinesses seems to have slowed down across southeast Asia. Governments are making great efforts and they are working together. If they can establish a well-connected network of highly protected wildlife reserves, tiger populations can increase,” he said.

Ash though is more cautious. “Tigers in the region are likely at a crossroads. It is possible that pressure on remaining tiger strongholds will increase following the extirpation of tigers from Cambodia, Laos and Vietnam,” he said.

Protection and monitoring systems that detected and prevented the use of snaring in the remaining strongholds would be critical for securing tigers in southeast Asia.

“That requires much larger investments in protected areas and frontline rangers than are currently in place,” Ash said.

He also urged tiger range countries to incorporate smart green infrastructure that would enable movement of tigers between populations and limiting infrastructure development in key habitat.

Ash called for efforts to respond to issues such as the spread of diseases like Canine Distemper Virus among tigers and African Swine Fever among their prey.