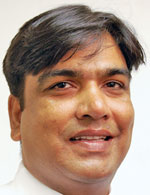 Now that the Rio+20 summit is over, experts and the public at large have got busy analysing its outcome document. The media has already declared the conclave on sustainable development, held in the Brazilian city of Rio de Janeiro between June 20 and 22, a failure. It is true that unlike the summit in 1992—where three conventions and the Global Environmental Facility (GEF) were born—Rio+20 did not provide the stuff media could chew for days. The summit, however, did make a signature statement on the pathway of sustainability.

It was successful in many ways. It was the biggest ever with 57 heads of state, 490 ministers, 1,200 UN staff, 12,000 intergovernmental organisations, 10,000 NGOs and 63,000 delegates representing around 195 countries and seven billion people of planet Earth. The impressive number of people gathered at Rio sent a strong message to the future generation that we care about the natural resources, in terms of quality and quantity. The voices declaring Rio+20 as a failure should imbibe that we are living in a very complex social and political milieu. It is impossible to agree on a single outcome for 200 countries and seven billion people with different desires, realities and aspirations. Rio+20 certainly cannot be the exception. 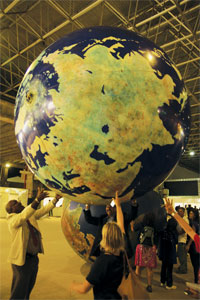 The draft document carrying the declaration statement reaffirms the summit’s commitment on several agendas needed for sustainability of economy and ecology. But the concept that has drawn most attention is green economy. Such a document cannot draw out its scope or spell out the pathways, tools and larger implications of green economy for every country. In the absence of a comprehensive explanation, the concept drew adverse reactions.

So let us explain green economy. Simply put, it means improved human well-being and social equity with significant reduction in environmental risks and ecological scarcities. The concept is an attempt to integrate ecology into economy in a way that it attains sustainability without affecting equity and political stability of society. This requires analysis of the sectors, projects, actions and investments to bring economy on the path of sustainability. The Rio+20 outcome document affirms that green economy should: 1) serve as a tool to reduce poverty and support more sustainable development; 2) promote inclusive growth and create opportunities for employment and acceptable work for all; 3) maintain healthy functioning of Earth’s ecosystems; 4) contribute to the Millennium Development Goals; 5) improve livelihoods of the poor and the vulnerable and empower them; 6) mobilise the full potential of men and women and ensure their equal contribution; 7) engage all stakeholders and major groups, including civil society and the private sector; and 8) respect human rights and national sovereignty.

A country’s progress is usually judged by indicators like national income. GDP, the conventional indicator, has been criticised because of its limitations. For instance, it does not capture changes in natural resources but includes the necessary, but regrettable, expenses like that on defence and pollution. Policymakers and economists now agree that a better indicator of well-being should be used, one that can reflect the changes in manmade, natural and human capital. They agree that the concept of inclusive wealth fits this bill. Initiatives like the UNEP-led The Economics of Ecosystems and Biodiversity (TEEB), GDP of the Poor, UNEP-UNDP-led Poverty- Environment Initiative, ESTC-DFID and NERC-led Ecosystem Services for Poverty Alleviation, and now the World Bank-UNEP-led Wealth Accounting and Valuation of Ecosystem Services, demonstrate that a credible measurement of inclusive wealth helps in better designing of poverty alleviation programmes. 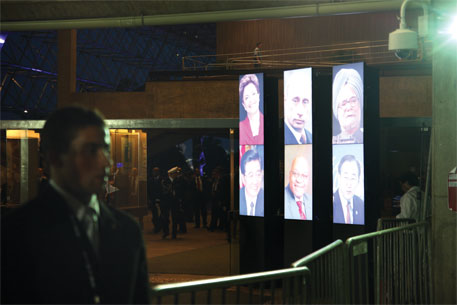 The first inclusive wealth report, launched at Rio, gives an overview of the evolution of some categories of natural capital for some countries (Australia, Brazil, Canada, Chile, China, Colombia, Ecuador, France, Germany, India, Japan, Kenya, Nigeria, Norway, the Russian Federation, Saudi Arabia, South Africa, the US, the UK and Venezuela) over the past 29 years. The report calls on governments, UN agencies, NGOs and other stakeholders to start using the inclusive wealth indicator as a tool to measure progress towards sustainable development.

When measures of natural, human and manmade capital are considered together to obtain a more comprehensive value, Brazil’s inclusive wealth rose by just three per cent and India’s rose by nine per cent over that time, far less than recorded otherwise.

In a sample of 20 nations, the inclusive wealth index (IWI) has been increasing in all countries except Russia. China and Kenya exhibit the highest rise in average annual growth rates in IWI with 2.92 per cent and 2.85 per cent increases.

But there is a big difference when IWI’s growth rates are measured at a per capita level. China’s fast growth in IWI is also supported by a relatively low population growth in the last two decades. Conversely, Kenya’s high population growth largely undermines the country’s positive changes in IWI. Fourteen of the 20 selected countries increased their per capita IWI in the past 19 years.

Some key messages that emerge from the inclusive wealth report are:

Government establishments and research institutions in India have been exploring inclusive wealth and similar concepts for the past many years. India has lots of reasons to take comfort from the fact that many of the initiatives which lie at the crux of green economy, like the Millennium Assessment and TEEB, have been designed and enriched by the contribution of the Indian government and experts from academia and civil society. In his speech in Rio, the Indian Prime Minister mentioned the country’s declining emissions to GDP ratio. There could be several more actions, programmes and interventions by different ministries which demonstrate India’s leadership in operationalising elements of a green economy. Time has come for India to consolidate its past achievements and show the world that there is a good synergy between growth and environmental sustainability.

Pushpam Kumar is chief of Ecosystem Services Economics Unit, UNEP. The views expressed in this article are his own and do not reflect that of UNEP