‘One Health’ key in Zimbabwe’s fight against antimicrobial resistance

Since AMR is a complex problem involving several sectors, Zimbabwe is using the best possible strategy to fight it 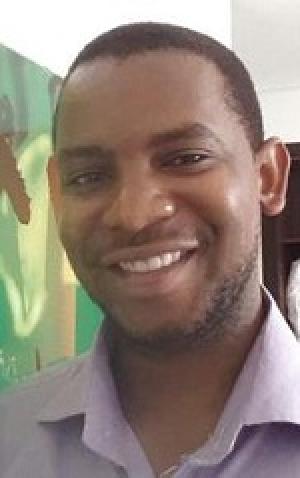 Antibiotic misuse is a serious threat to human and animal life and biodiversity. Zimbabwe is observing a week set aside by the United Nations (UN) to understand the threat of antimicrobial resistance (AMR).

This has been the case since the country launched its National Action Plan (NAP) on AMR in September 2017. The NAP was developed in line with the World Health Organization Global Action Plan (WHO-GAP).

In 2015, WHO designed the GAP combat AMR. The plan was a brainchild of the tripartite that include WHO, Food and Agriculture Organization of the UN and International Organisation for Animal Health (OIE).

They resolved to fight AMR using a ‘One Health’ approach. UN Environment is also an important partner since the environment harbours resistant micro-organisms and can assist their spread.

The OIE is the standard setting body for the World Trade Organization on issues to do with animal health with respect to land and water animals. Its standards assist members to consistently improve animal health.

In Zimbabwe, the animal health sector’s efforts to fight the misuse of antibiotics has been made through a number of methods.

These include education and awareness, collaboration with farmers and farmer organisations, legislative review, One Health collaboration with veterinary drug manufacturers, wholesalers and retailers and antimicrobial use (AMU) / AMR behaviour change Knowledge, Attitudes and Practices (KAP) studies among other initiatives using a One Health approach involving partners in the human and environmental sectors.

Use of electronic, audio visual and print media including writing articles as a way to reach out to a wider audience of Zimbabweans to raise awareness on the topic of AMR and AMU has been a common method.

Farmers are advised on the correct directions of use of the medicine and that they must be strictly followed.

They are strongly advised to adhere to the recommended withdrawal periods for each antimicrobial they use.

In food-producing animals, advice is given to farmers to respect the withdrawal periods of drugs since drug residues remain in the meat and animal products are consumed by humans.

There are serious health implications when humans consume drug residues, in food, beyond the certain benchmark values.

Careful examination of the existing legislation on antimicrobial use was done. The aim of this legislative review was to appreciate the existing laws on the use of drugs and identify possible gaps. A report was written that explained the findings and gave recommendations for amendments of the law on use.

Pharmaceuticals wholesalers and retailers are key players in the use of antimicrobials and play a critical role in AMU since they are the gateway to access of drugs for animal use by professionals and farmers.

Prescription medication has been recommended never to be sold over the counter and retailers of pharmaceuticals are being encouraged to always request a doctor’s prescription from the farmer before medication can be dispensed.

Free access to prescription drugs can result in irrational use by poorly informed users. As the old saying goes, prevention is better than cure.

There is a need to uphold principles of infection prevention and control, biosecurity and hygiene. Preventive medicine through the use of vaccines reduces incidences of infections and hence cancels the need to use antimicrobials.

Antimicrobial resistance can have devastating impact on human and animal health and negative impact on livestock productivity and the economy.

In the crop sector, use of antimicrobials is kept in check in line with the Zimbabwe NAP. Use of antibiotics as growth promoters is a practice that is being discouraged.

All supply chain stakeholders are advised to seek implementation of alternatives to the use of antimicrobials.

The dealers in veterinary medicine are key stakeholders in the prudent use of antimicrobials and within the national AMR governance structure, some key veterinary drug dealers are members of the Technical Working Group on AM prudent use and stewardship.

Pilot KAP studies have been conducted in selected districts of the country focusing on the poultry value chain. The aim was to understand the major drivers of AMU.

The bottom line is that disease pressure is a key driver for the use of AMs. However, in some cases some pharmaceutical retailers encouraged farmers to use tetracyclines in apparently healthy day- old chicks.

From the KAP study findings, interventions centred on good husbandry practices were encouraged as a means to reduce disease pressure and hence the use of AMs.

The use of AMs in animals that are not sick was discouraged and awareness raised about the dangers of misuse of the AMs.

Efforts to deal with misuse of antibiotics have met with challenges. Lack of knowledge and understanding of the dangers of misuse of AMs is a key challenge.

Limitation of material resources has hampered awareness efforts since some stakeholders cannot be reached due to limited availability of enabling resources.

Enforcement of legislation on AMU cannot be fully realised due to the limited numbers of inspectors from the medical authority and lack of coverage of veterinary professionals in some localities.

Illegal importation of AMs from neighbouring countries has also led to unauthorised use of AMs. The price of certain medicines is beyond the reach for others so some people resort to use of cheap drugs, which in most cases, can be counterfeit or expired drugs.

On-farm biosecurity measures, general hygiene and best practices in animal husbandry and preventive vaccination among are the initiatives that are being promoted among the farmers.

The sectors of human and animal health, food and agriculture, environment and civic society too are collaborating in the fight against AMR.

A One Health approach involving multi-sectoral partners has been the means which Zimbabwe has been using to combat AMR in a concerted fashion since AMR is a complex problem involving several sectors.

Canaan Tinashe Hodobo is the AMR focal point for Animal health and Coordinator of AMR surveillance at the Central Veterinary Laboratory in Zimbabwe. Views expressed are the author’s own and don’t necessarily reflect those of Down To Earth