Cycads, the world’s oldest seed-producing plants, are facing extinction. Africa is home to a variety of cycad species 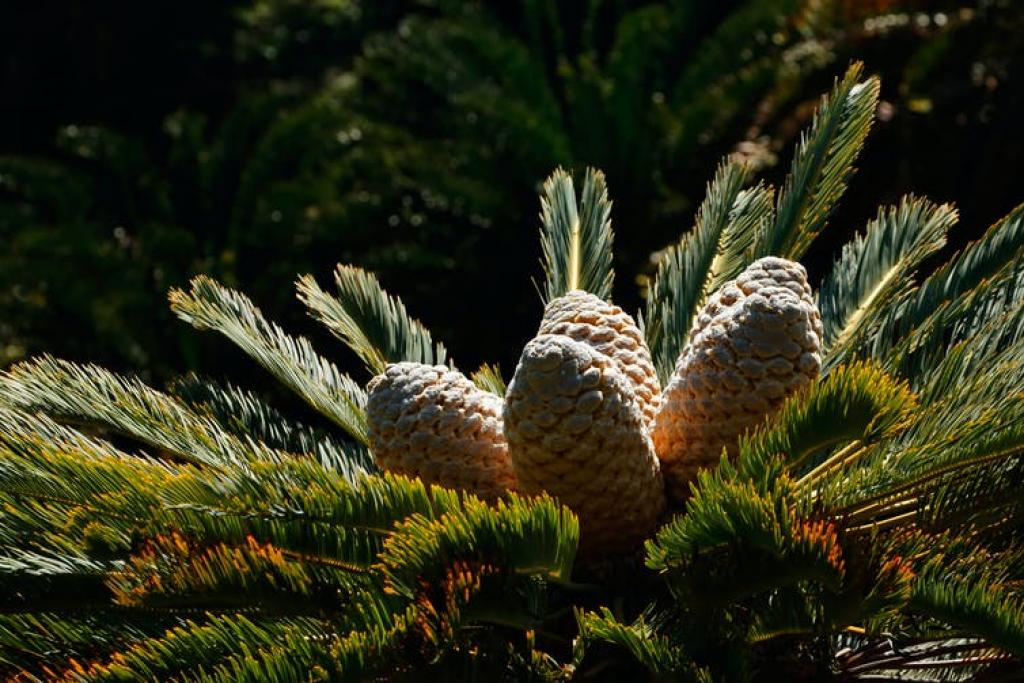 Cycads, the world’s oldest seed-producing plants, are facing extinction. Africa is home to a variety of cycad species and South Africa is regarded as a global hotspot for cycad diversity.

One of the most prominent cycad taxa, the genus Encephalartos, is endemic to Africa and is categorised as “critically endangered” by the International Union for Conservation of Nature. This status indicates that if no conservation actions are taken, it may be wiped off this earth in the near future.

The poaching of wild cycads is the biggest threat to their survival in Africa, particularly the cutting of old trees that are growing in the wild, as they are in high demand in traditional medicine markets and as ornamental plants in gardens. Already, poaching activities in South Africa have resulted in the extinction of three species in the wild.

This insect pest is native to South East Asia. Due to global horticultural trade, it started spreading across the world, posing a threat to the cycad’s existence. This pest has a high potential to spread rapidly across the regions. Controlling it is difficult, costly and labour-intensive once it’s widespread. This is because it forms dense populations preventing the penetration of insecticides.

In the case of a Cycas Aulacaspis Scale outbreak, destroying all cycads in the vicinity is sometimes the only option. Therefore early detection and employing the right management practices are the keys to limiting its further spread, especially in newly invaded areas.

We’ve mapped the regions in South Africa where this pest might flourish. This data can aid conservation enthusiasts, researchers and horticulturalists to monitor and initiate appropriate action when the Cycas Aulacaspis Scale insect is observed. We looked for the potential areas for pest establishment under present and future climate scenarios.

How we did it

Climate plays a significant role in influencing the spread and establishment of invasive alien species in novel habitats. So we used CLIMEX, a bio-climatic software, to map the areas with favourable climatic conditions for the establishment of the pest in Africa. The software uses historical climate data sets and future climate scenarios based on the Intergovernmental Panel on Climate Change recommendations. We focused in particular on likely areas in South Africa, as this pest has recently been reported in the country.

We then adjusted some parameters to cover all the regions where the insect has already been reported. Once it matched, we ran the model for present and future climatic scenarios in Africa – with a focus on South Africa – to understand potential future distribution.

Is Africa at a higher risk?

Our results showed that all 17 African countries with indigenous Encephalartos cycad species were suitable for Cycas Aulacaspis Scale establishment. The Democratic Republic of Congo, followed by the other central African countries with humid tropical climates, the eastern parts of Madagascar and the east coast of South Africa are highly favourable for the pest’s establishment. In South Africa, parts of the winter rainfall areas and the temperate summer rainfall areas are potentially suitable for this pest insect.

Future climate scenarios were less favourable in South Africa for pest establishment except for the western parts of the Kwazulu-Natal province. This area remains favourable due to favourable temperature and atmospheric humidity throughout the year.

Similarly, five other African countries become completely unfavourable under climate change predictions for the year 2100 due to increase in atmospheric temperature, which adversely affects the pest’s growth and development.

But the pest can keep pace with the changing climate. It grows faster and completes more generations per year in areas that will become less suitable or even marginally suitable. This is bad news for cycads.

Prevention is better than cure. Where it’s already present, it should be detected early and the response should be rapid. Integrated Pest Management approaches comprising of cultural, biological as well as chemical practices will help in protecting cycads from Cycas Aulacaspis Scale attacks. For example, taking precautions such as chemical sprays at the early stage of an invasion is key to limit further spread.

Furthermore, close monitoring of cycad trade and strict quarantine measures should be implemented in areas where the pest has been recorded. Similarly, close monitoring of the cycad in areas yet uninfected but climatically suitable is crucial. Legislation could aid in preventing further introduction of this pest and reduce the spread.

Many parts of South Africa possess a favourable climate for growth and development of the Cycas Aulacaspis Scale, and it’s already been reported in two provinces. Because it could pose such a severe threat to endemic cycad species in South Africa it warrants receiving high priority from government funded invasive species control programmes.