The new variant is now dominant, responsible for 99 per cent of all positive COVID-19 cases in the country 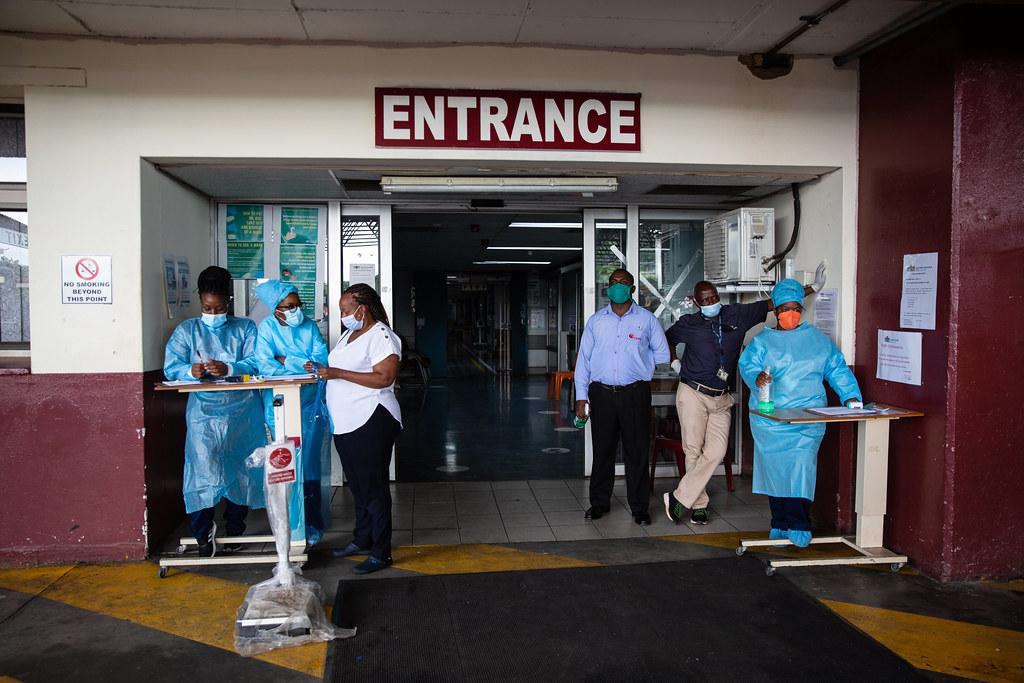 More than a year after South Africa reported its first case of novel coronavirus disease (COVID-19) — and a few days after a new variant (called 501Y.V2) was discovered in the country — a majority of its citizens are still waiting to hear when they will be vaccinated.

COVID-19 cases in the country shot up during the second wave in December, after the new variant was discovered in the Eastern Cape Province of the country.

“In November 2020, Tulio de Olivera, head of the Network for Genomic Surveillance in South Africa (NGS-SA), called me to say he was worried as he had found a new variant with an unexpected number of mutations in the spike protein,” according to Carolyn Williamson, professor, University of Cape Town (UCT) and the National Health Laboratory Services.

Williamson added that they rapidly sequenced the samples and found that most of the viruses transmitted in the Western Cape contained these mutations.

“By December, the variant had essentially replaced the previously circulating variants. This rapid emergence suggested this variant was better at spreading, and subsequent data showed that it could also impact vaccine efficacy.”

They found that the variant was up to 50 per cent more transmissible.

The second wave of the pandemic in South Africa began around October 2020 and was notably rapid in parts of the Eastern Cape, Western Cape and KwaZulu-Natal Provinces. This prompted an intensification of genomic surveillance.

The new variant was identified by the NGS-SA through the analysis of 2,882 whole genomes from South Africa.

The new variant is now dominant, responsible for 99 per cent of all positive cases in the country. And there are fears of a third wave after Easter, a popular break-away time in the country.

In the meantime, about 160,000 Johnson and Johnson vaccines have arrived in country as part of an implementation study to start the vaccination campaign of about 1.25 million heathcare workers.

Vaccine doses have been administered to about 145,500 since the middle of February. This came after 1.5 million AstraZeneca vaccines could not be used, because it showed very low efficacy against the variant.

“Recent data from a study in South Africa that assessed moderate to severe disease using a similar viral vector indicated that protection against these important disease endpoints was preserved. This could be relevant to the ChAdOx1 nCoV-19 vaccine, which has been developed using similar technology as the Janssen vaccine, and for which vaccine-induced immune responses are also similar.”

He added there was a need to shift focus from the aspirational goal of herd immunity to protection of all at risk individuals in population against severe disease.

South Africa plans to vaccinate at least 67 per cent of its population (40 million people), but the programme has begun only for the healthcare workers. The country is part of the international COVAX facility; it was announced that the country would receive 20 million doses from COVAX, including the Pfizer vaccine.

The country has also been trying to arrange Sputnik and Sinopharm vaccines.

The South African Medical Research Council (SAMRC) regularly publishes a report, which provides information on both natural (diseases and other medical conditions), and unnatural deaths (injuries) registered on the national population register.

These are used to estimate the actual number of deaths in the country and calculate the number of excess deaths over and above the numbers that would be expected had the historical mortality trends prior to the COVID-19 pandemic continued.

According to Debbie Bradshaw, chief specialist scientist at the SAMRC, the timing and geographic pattern leaves no room to question whether excess deaths were associated with the COVID-19 pandemic.

“Unfortunately, it will probably be some years before we have the information about the medical cause of death. So we cannot distinguish between deaths directly associated with COVID-19 and those that may has resulted because of an over-burdened health system,” she said.

Salim Abdool Karim, co-chair of the Ministerial Advisory Committee on COVID-19, said upon reflecting about the past year, all countries should vaccinate equally and try the spread of the pandemic.

He said: “There are numerous issues and uncertainties around the existing COVID-19 vaccines. We do not yet know the quality or length of protection they will provide and how effectively they will stop transmission. Numerous new variants threaten vaccine efficacy.”

“Supply chain constraints, pricing and unequal vaccine procurement across countries mean that coverage across most, if not all, countries will remain below the level required for herd immunity,” Karim said.

He said there was no endgame that sees one country succeeding in controlling the virus while the rest of the world dealt with its rampant spread.

“Fundamentally, there’s a mistaken belief by some countries that they can vaccinate their populations and will be safe. It is simply not true,” he said.