Scientists sound the alarm over drought in East Africa: What must happen next 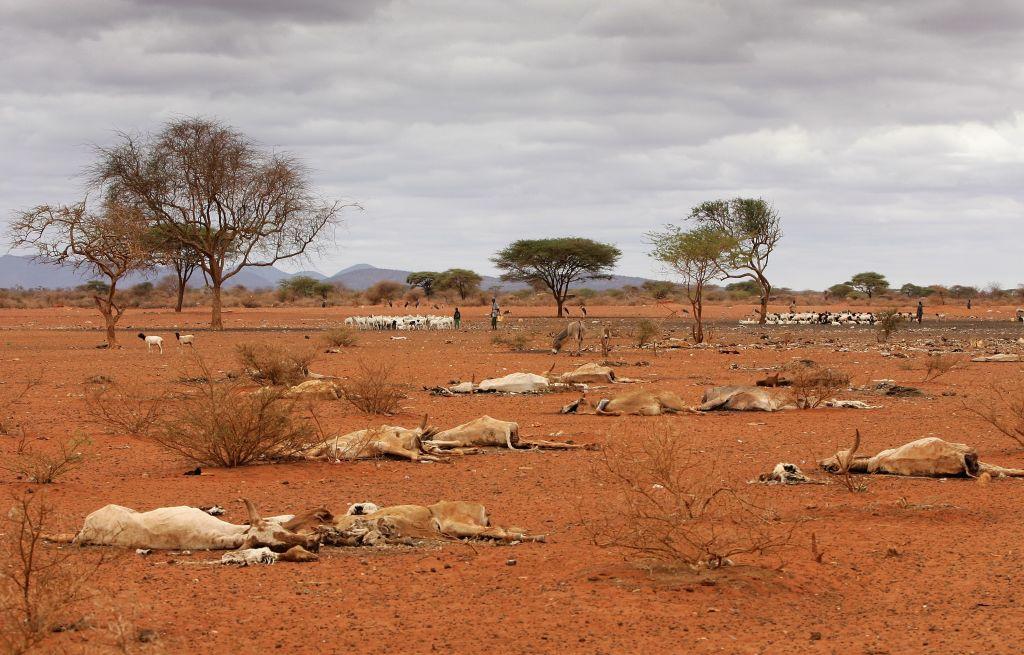 Every few years, it is devastating to watch the same tragedy: A weather cycle that brings debilitating drought and hunger to East Africa, threatening the lives and livelihoods of millions of people in Ethiopia, Somalia, and Kenya.

The weather cycle responsible for these episodes is a climate-change-enhanced “La Niña”. La Niña is driven by the cooling of ocean temperatures in the eastern Pacific sea, causing dry spells in eastern Africa.

Human-induced warming in the western Pacific ocean is making things worse. Global emissions have resulted in the rapid warming of the west Pacific, resulting in more rain around Indonesia and concerning but predictable rainfall deficits in arid, food-insecure eastern Kenya, Somalia and Ethiopia.

As described in my book, Drought Flood Fire, typically eastern East Africa receives two rainy seasons every year, October to December and March to May. Now, with climate change, we are seeing more frequent and extremely dangerous back-to-back failures of these rains.

Before 1999, a drought — when there is poor or a failed rainy season — might happen once every five or six years. But since 1999, poor March to May rains are coming every two or three years.

For instance, I was part of a group of scientists that raised the alarm and predicted that food security across the eastern Horn of Africa was likely to deteriorate in 2020, driven by below-average rainfall in the coming months. We did this through the Famine Early Warning Systems Network, a leading provider of early warning and analysis on acute food insecurity around the world.

We have mixed emotions about this: We are glad that our information can help identify food-insecure populations before disaster strikes, but we are dismayed that such at-risk populations exist at all.

We now think that a devastating drought is likely to happen again, in 2021/2022. The sea surface temperature forecasts look almost exactly the same as last year, and we are predicting that exceptionally warm west Pacific Ocean conditions, combined with cool east Pacific La Niña temperatures, are likely to produce another sequence of dry seasons.

Kenya has already declared a drought emergency. With more drought shocks likely on the horizon, it will be important for governments and other actors to be proactive.

Without effective early action, all the data collection and modelling is of limited value, and people end up suffering.

As part of the Famine Early Warning Systems Network, the Climate Hazards Center (which I’m part of) produces maps of rainfall estimates that help guide billions of dollars in humanitarian assistance for tens of millions of people.

Generally, climate models can predict where exceptionally warm waters will be. And we can use these forecasts to diagnose droughts, often before they happen.

For instance, when the East Pacific is warmer it amplifies the intensity of droughts in northern Ethiopia and Southern Africa. If this extra heat is in the western Pacific and eastern Indian Oceans, it contributes to sequential droughts in Kenya, Somalia and southern Ethiopia.

Understanding how climate change contributes to exceptionally warm ocean conditions helps us make these forecasts. And it means we can help to anticipate food insecurity.

In 2016 / 2017, we used observed sea surface temperatures to help motivate a joint alert that supported improved humanitarian responses; when the 2017 rains failed in Somalia, assistance was already arriving for millions of people.

Now, in 2021 / 2022, we are using La Niña analogs and long-lead forecasts of western Pacific Ocean conditions to make even earlier drought predictions — anticipating that the 2022 March-to-May rainy season, which ends eight months in the future, is likely to be poor.

Our ability to make skilful climate forecasts is improving, but more needs to be done.

What needs to change

The information we produce can, and is, being used to help motivate drought risk management activities. For instance, in 2015 and 2018, successful El Niño forecasts anticipated dry southern African rainy seasons.

But more needs to be done. Drought risk management rests upon three pillars; drought monitoring and forecast, vulnerability and risk assessment and drought preparedness, and mitigation and response.

It seems to me that, at this point, the first pillar has advanced more than pillars two and three.

More interventions are needed that smooth out the disruptive impacts of droughts. This would help to break the link between climate shocks and cycles of poverty.

Nonetheless, there have been some exciting developments.

Humanitarian aid agencies, such as the United Nations Office for the Coordination of Humanitarian Affairs (UNOCHA) and the Red Cross/Red Crescent, are starting to test “early action” systems that use forecasts in a proactive way. For example, UNOCHA is collaborating with the Ethiopian government in implementing an “Anticipatory Action” framework.

Another path to improved resilience involves improved agricultural decision-making. In 2020, the Climate Hazards Center started working with PlantVillage, the Kenya Meteorological Department, and ShambaShapeUp to start providing rainfall observations, forecasts, and agricultural advisories to hundreds of thousands of Kenyan farmers. This was done via SMS messages and to millions of Kenyans via TV. In 2021, PlantVillage’s reach has expanded to include pastoralists.

As described in my book, climate change is amplifying the drought-inducing capabilities of El Niños and La Niñas. The next five years will very likely bring a strong El Niño, contributing to another horrendous drought in northern Ethiopia, and another drought disaster in Zimbabwe, Zambia, Botswana, Mozambique, Madagascar, and South Africa. The next year appears likely to bring another sequence of La Niña-related droughts to eastern East Africa.

Regional institutions – like the Intergovernmental Authority on Development (IGAD) Climate Prediction and Applications Center, the Southern African Development Community’s Climate Services Center – and some national meteorological agencies are making great advances in drought monitoring and forecasting. My hope is that the information that they are providing can be transformed into wise action.

The time to begin that transformation is now. Historical rainfall data can be used to identify at-risk regions, guiding drought preparation. There needs to be a shift from crisis management to risk management.