The focus must move from what the developed world dictates to what Africa needs. This requires countries developing production systems and livelihood opportunities for its people 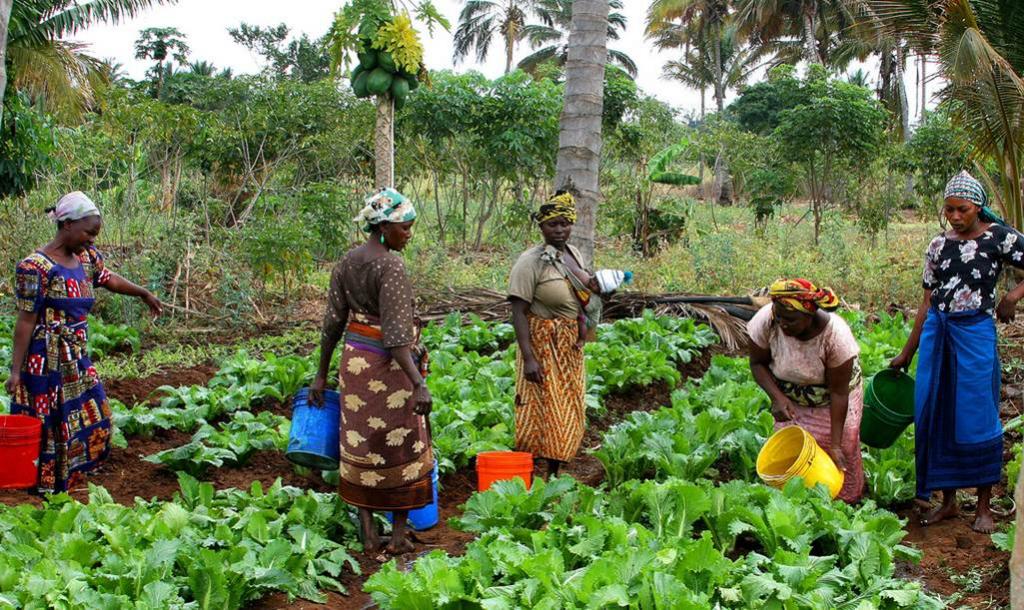 Agriculture in sub-Saharan Africa is under-performing, leaving 30 per cent of people in the region food insecure. Food insecurity means that not all people, at all times, have physical, social, and economic access to sufficient, safe, and nutritious food that meets their food preferences and dietary needs.

Many reasons have been put forward for this state of affairs. These have ranged from the continent’s biophysical environment to the ineptitude of its farmers.

Several aspects of Africa’s environment present challenges for its farmers. Rainfall patterns are extremely varied and unpredictable. African soils are geologically very old, and most are infertile and respond poorly to mineral fertiliser. Fertile soils are mainly found in the East African Rift Valley and on the floodplains and deltas where silt is deposited and require careful agricultural water management.

But, based on our extensive involvement with agriculture and Africa for many years, we thought it would be useful to try to identify the underlying — and real — reasons for the under-performance. We did this by digging into the historical literature. This included material on the historical development of agricultural systems in Africa and changes of the economic drivers of production, among others.

Our hypothesis was that the poor performance of agriculture in many African countries was rooted in the interference of external forces, particularly during colonial and post-independence times.

We found that before colonialism, farmers grew a diverse range of food crops, staggered planting for easy labour demands during harvesting and managed risk in various related ways. But under colonial rule they were coerced into growing export commodities for which they received limited real value. They had no option but to neglect their own food crops.

This resulted in serious food shortages and the redirection of agricultural production systems that were relevant to local conditions. These constraints are still in evidence today. In Ghana, Kenya and Senegal, for example, export crops are grown on more than 50 per cent of cultivable land. At the same time food is imported.

Prior to the arrival of the European maritime traders, diverse agricultural systems evolved to manage the biophysical challenges. They were internally driven and based on local needs and trade opportunities. Surpluses were used to further local development.

These systems were initially responsive to external influences brought by the Europeans. Examples included the demand for cotton, groundnuts and palm oil nuts.

But the concentration of political, military and economic control in European hands led to production being coerced. Farmers were forced to focus on a few export crops demanded by European manufacturers rather than in response to market forces. For example, on the Office du Niger irrigations scheme, cotton had to be produced even when farmers could have received better prices for other crops such as sesame seeds.

The objective for the colonial powers was that local farmers produced raw materials for export and processing in Europe. This meant that the colonial system made no effort to develop value adding industries in Africa. The economic benefits from production were expatriated, rather than supporting local development and food security.

The forces driving the evolution of the system changed from internal to external. This disrupted the process of system evolution and continues to hamper agricultural and economic development.

Agricultural development became based on western economic, technological and political ideologies, rather than African solutions for African conditions.

Despite this, African farmers were innovative and entrepreneurial and seized opportunities when they arose.

Since independence, the new countries have had to deal with the colonial legacy. Four main factors which have influenced agricultural production since independence emerged from our historical research.

First, a change from systems that evolved in the local social, ecological and economic context to externally controlled systems. These focused on the agenda of developed countries and their needs, skills, markets and economies. They however neglected the development of local food production systems, including infrastructure, market institutions and food processing and storage.

Second, the notion of self-organisation, based on local feedback mechanisms, has been blocked by external and central control. This has left systems unable to respond to their own needs — with devastating impacts.

The third factor related to unaccountable borrowing for donor-led investments. This resulted in high debts for unsuitable and non-productive assets. Examples include large-scale irrigation schemes, especially on the Sahelian floodplains, where less than 50 per cent of the land was used. Servicing this debt drained billions of dollars and prevented investment in local economic growth.

Lastly, the reduction in the diversity of commodities, production systems, markets and the feedback mechanisms that maintain them, critically reduced resilience and consequently, increased dependence on external resources.

The focus must move from what the developed world dictates to what Africa needs. This requires countries developing production systems and livelihood opportunities for its people.

Africa should not stop exporting. But exports should not jeopardise local food availability and regional development. Proceeds from export should support rural economic development and the livelihood of local people.

Countries in the region should improve institutions and infrastructure, such as certified storage facilities for grains and food processing. This would facilitate value addition such as the ability to sell crops as prices increase following harvest or sell milled rice rather than paddy.

Barriers to independent national decision making, such as conditionalities set down by the International Monetary Fund and the terms set by the World Trade Organisation for free trade agreements, need to be challenged.

This would open the way for countries to make agricultural policies in pursuit of domestic development goals. And local farmers could begin to respond to local demands.

In addition, research needs to be redirected. Donor funds are currently channelled into training and educating young people from the continent in developed world institutions where they gain significant knowledge and capacity. However, this is often irrelevant or impossible to apply on the continent.

The same applies to the development of agricultural technologies that aren’t applicable to local conditions.