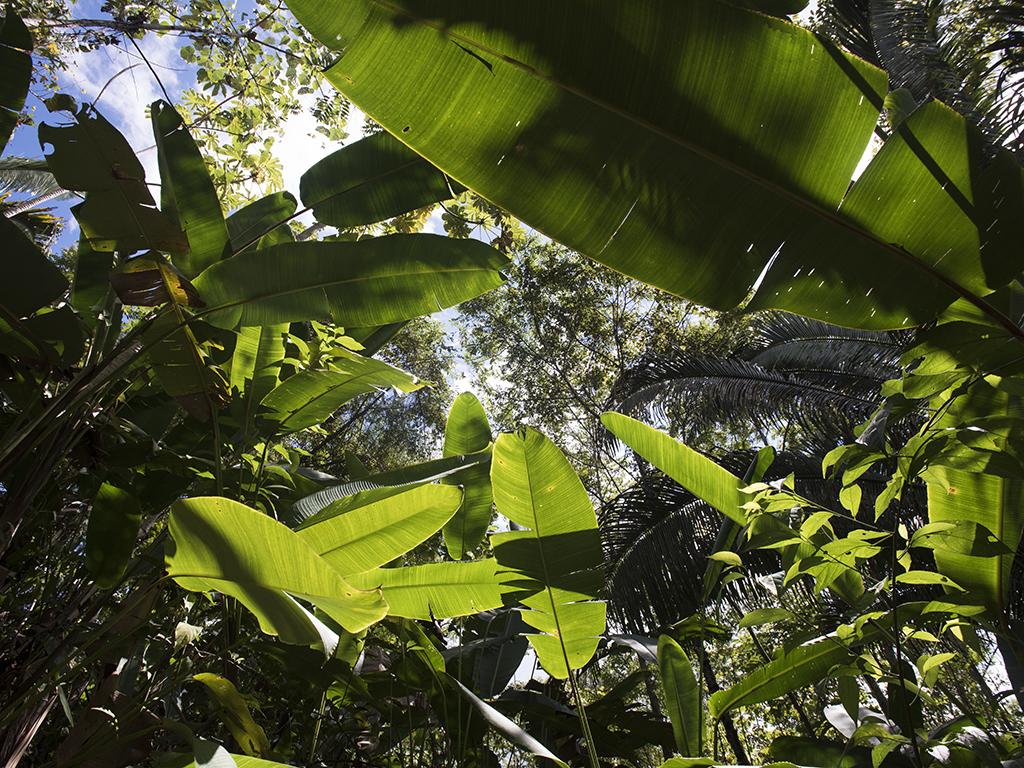 Being a permaculture practitioner, I recently visited a tropical food forest and the Maya Mountain Research Farm (MMRF) in Belize to learn more about permaculture in tropical climate. Both the projects were built on lands where conventional farming techniques were used, causing exhausted soils, erosion and a decline in incomes. Today, they are productive and fully utilise renewable energy and off-grid sanitation. I realised that permaculture practices can help achieve so much, including sequestering carbon, making biochar, running farm-based enterprises, and growing food, timber, medicinal plants and value added products.

Does it mean that food forests can mitigate climate change?

Professor Paul Hawken and his team of researchers think so. According to their project, Drawdown, food forests can be integrated into some existing agricultural systems and others can be converted or restored to it. If adopted on an additional 46 million acres of land by 2050, from the current 247 million acres, 9.3 gigatons of carbon dioxide could be sequestered. This roughly amounts to China’s total carbon dioxide emissions in 2015.

In 2001, the environmentalist and activist began asking climate and environmental experts whether they knew how to reverse climate change. In the absence of research on solutions, In 2013, he gathered a team of research fellows, including postgraduate students and scholar volunteers from across the world. They assessed hundreds of pages of research and mathematical models. They ranked the solutions by net costs, operational savings and benefits to society if these solutions were scaled up internationally and were implemented between 2030-2050. Then they calculated how much carbon would be reduced. They used carbon (CO2) as the ‘currency’ relative to other Green House Gases (GHGs) and calculated them relative to CO2. The gigatons saved became the total GHGs emission.

The project estimates that the increase in regenerative agriculture from the current 108 million acres to 1 billion acres by 2050 could result in a total reduction of 23.2 gigatons of carbon dioxide, from both sequestration and reduced emissions. This is equivalent to 65 per cent of the world’s carbon emission in 2015.

Regenerative agriculture is also the focus of a zero carbon emission by 2030 strategy in the UK, called Zero Carbon Britain (ZCB). Developed by the Centre for Alternative Technology (CAT), there are two approaches to ZCB. The first is to include food and land-use to both reduce emissions and sequester carbon by relocalising food growing/supply and transitioning to more regenerative forms of agriculture. The second is to investigate the barriers to change, and offer a tool-box of ideas on how we can overcome them.

Imagine a world where permaculture projects are supported and celebrated so that they could be replicated in every single region of the world, with locally adapted technologies and techniques. Every permaculture designer knows that when elements are placed in a mutually beneficial relationship, the gains are exponential. Imagine the possibilities, if we combine all the best regenerative agriculture solutions, the best of city design, marine permaculture, education, habitat restoration.

If we begin to utilise carbon sequestering and reduction solutions in a designed whole, we can begin to believe that we might just be able to reverse climate change in our children’s lifetimes. For that, planetary permaculture design needs to be the plan.

(Maddy Harland is the editor and co-founder of Permaculture Magazine International.)

As a lead up to the 13th International Permaculture Convergence (IPC), Down To Earth presents a series of blogs on permaculture in India. Organised by Aranya Agricultural Alternatives, the IPC will be held in November 2017.