Contract farming is yet to make a mark in Punjab; here is why 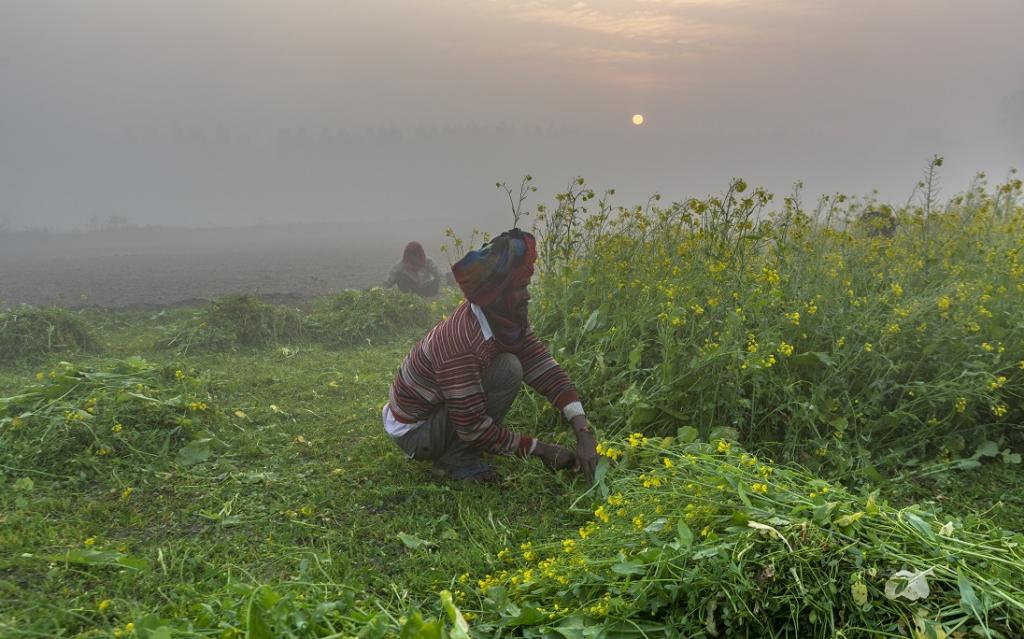 A farm worker works in a mustard field on a foggy morning in Punjab. Photo: iStock

However, his longest association has been with Pepsico, as he finds it most trustworthy and gets his payments on time. This long association with the system, seen by many as a promising avenue for increasing the incomes of small farmers and which has received a mixed reaction from academia and research, is worth probing into.

Companies hold meetings with farmers to discuss about the selection of crops for the next year, cultivation practices, levels of irrigation, varieties of seeds, pesticides, etc.

We talked to other farmers and learnt that another was “growing potato for Pepsico, sweet corn for Pagro Foods, radish seed for Sungro Seeds, chilly and baby corn for Fieldfresh”.

Of these companies, only Pepsico had offered to enter into a written contract with him. “But I never take a copy of the contract as I trust the company,” he said. “Overall contract farming is going well in the village and nearly 40 per cent of the farmers are engaged in it,” he said.

We found that even small farmers were practising contract farming, but they would quit if the company lowered prices in any season. The large farmer, however, would stay for long despite a few hiccups. This brings to the fore the varied ability to bear risk by land holders with different sizes of land holdings, who enter into a contract.

There are a variety of risks and uncertainties associated with this system, which stem from a range of factors. The most important is the high investment incurred on expensive inputs and other production costs as recommended by contract companies for good variety of output.

The cost for radish seed is Rs 6,900 per quintal and the yield per acre is four quintals. The company offers Rs 14,000 per quintal for the crop. For chilli, the farmer gets a margin of Rs 200 per quintal when the cost is around Rs 1,300 per quintal.

Overall, the net gain per quintal across crops seem lucrative. But the equally high input cost involves the risk of crop failure.

The high input cost can pose a risk at the stage of selling the output, due to problems of buying back if the output quality falls below the standards of contract companies.

For instance, baby corn is a lightweight crop and harvesting needs careful plucking. The cost comes to around Rs 885 per quintal. The yield for babycorn is 40 quintals per acre. This crop thus does not give any returns due to the low price, which is Rs 850 per quintal and also involves high risks due to its nature.

The LR, FC1 and FC3 varieties of potato are grown and the size accepted by the company ranges between 40-85 mm. The company rejects the produce if the size of potato is not according to the prescribed range, the colour is red or green and the water content is higher than 82 per cent.

A large farmer who has storage facilities, does not face a problem. But a small farmer hesitates in such an arrangement as delay in procurement by the company deteriorates the quality of the crop, increasing the probability of rejection and thus, low returns / losses on the crop.

Overall, the farmers are contended with the assured returns and urge other farmers to move out of the wheat and paddy cropping pattern. However, the Minimum Support Price (MSP) and assured state procurement has made wheat and paddy the preferred crop cycle for Punjab’s farmers.

This crop combination still dominates the agriculture of the state as alternative crop choices turn out to be risky in the absence of assured marketing.

Contract farming, on a similar note, offers an assured buy back with pre-determined quantity and price. However, it dictates its own terms on quality issues, especially when the price of the produce in the open market crashes and buy back does not remain profitable affair for companies.

In such cases, lack of legal adjudication is the cause of concern for farmers.

There are several studies which have claimed that companies prefer to work with big farmers owing to their resourcefulness and capacity to meet bulk orders, which also reduces transaction costs of companies.

In such a scenario, small holder farming does not seem to be promoted through this arrangement. A number of small holders in Ludhiana also attempted sub-contracting with large farmers. This arrangement caused the addition of another layer of profit extraction from the small farmers by the large ones.

Contract farming has long been touted as a solution to the persistent agrarian crisis in Punjab by diverting large area of arable land away from the wheat-paddy cycle. However, contract farming is yet to make its mark in the state despite its presence since the early 1990s.

The Contract Farming Act 2013 has been recently repealed by the Government of Punjab, mainly due to the controversial provision of penalising the farmers (monetary and imprisonment), which was highly criticised.

There are negligible to very few government interventions despite many announcements in order to bring diversification in the agriculture sector of the state. The objectives of diversification have been discussed long and remain at the mercy of political will.

Suitable policies need to be in place in order to enhance the prospects for contract farming in the state. The newly elected Aam Aadmi Party government has promised to buy back a number of alternative crops such as moong, maize, bajra, etc in the coming harvest seasons.

It is hoped that the promises and commitments by the government will see the light of the day and this sector will performs much better in the future.