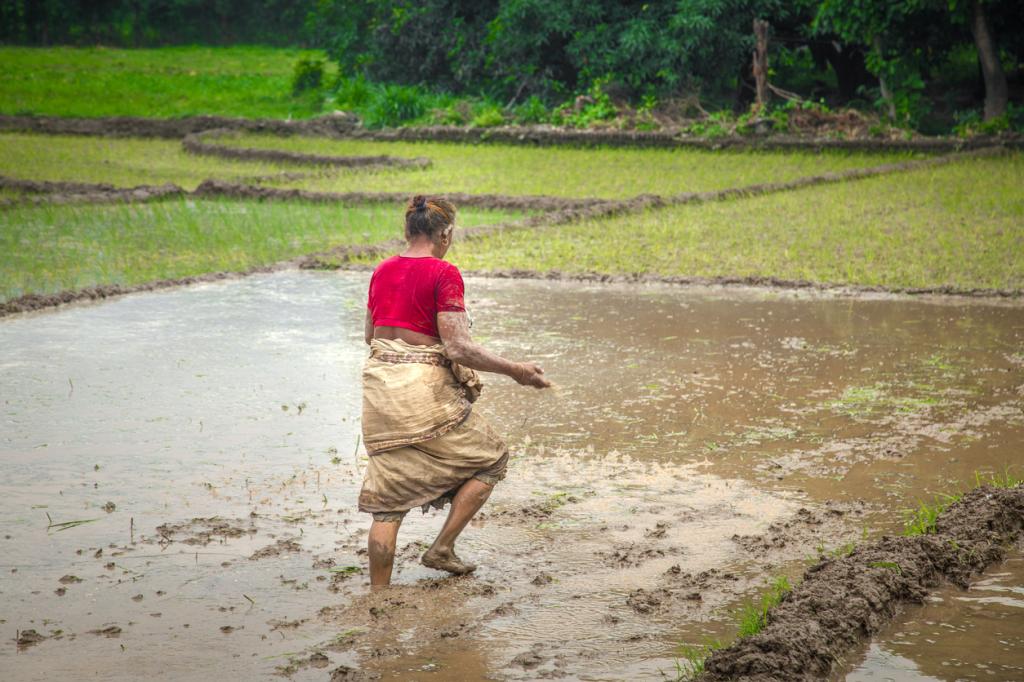 Availability, quality and uptake of biofertilisers and organic fertilisers in India is poor, flagged a new report.

These non-chemical options are considered critical to the transition from chemical-based to sustainable farming practices like organic and natural farming. Availability of cost-effective quality biofertilisers and organic fertilisers is, therefore, of utmost importance. However, these sectors have been neglected over the years.

The State of Biofertilizers and Organic Fertilizers in India was released by the Centre for Science and Environment (CSE), a Delhi-based think-tank at its recently concluded National Conclave on Sustainable Food Systems from April 19-21, 2022.

The country’s soil health is also poor: The soil sample test results showed severe and widespread deficiency of organic carbon, macronutrients and micronutrients in Indian soils, according to the report.

The Union government has several schemes and programmes to promote biofertilisers and organic fertilisers. Some of these schemes are aimed at supporting farmers, while others support manufacturers.

There is a lack of data on companies, their registered products, authorisations given and production details of various types of manufacturers related to biofertilisers and organic fertilisers sector. State governments may have kept the records, but compiled countrywide information is lacking.

The available information is not enough to develop a sense of the overall structure and composition of the industry and sector in the country. Available production data of states and country showed significant variations between years, with no explanation offered.

Similarly, data for years 2018–19 showed Karnataka as the biggest producer of organic fertilisers, and this single state contributed 94 per cent share in countrywide production.

There is a widespread availability of inferior quality as well as spurious biofertiliser and organic fertiliser products across the country.

Media in various states have regularly reported on the poor quality of biofertiliser and organic fertiliser products and issues related to poor fertiliser control order (FCO) implementation by state agriculture departments, variation in laboratory test results between state and centre-owned laboratories, existence of fake companies, and several complaints by farmers.

Often, biofertilisers and organic fertilisers procured by the state through tenders under several schemes are of very inferior quality. Stakeholders indicate widespread corruption and faulty tender process in such procurements. Farmers do not get good results because of such poor quality products and lose confidence in organic and bio-inputs available in the market.

Quality control infrastructure is poor. Many states do not have their own testing laboratories. Testing capacities of existing laboratories in the country are not utilised properly. For example, only 28 per cent of the capacity of seven Regional Centre of Organic Farming laboratories was utilised in 2019-20.

The percentage of samples failing the tests rose to 46 in 2019–20 from nine in 2013–14. The other concern is that these laboratories have even tested those samples, which are not approved by the Fertiliser (Inorganic, Organic or Mixed) (Control) Order.

Other than quality control, barriers which are hampering growth of these sectors are mostly related to funding, subsidies and support for promotion of biofertilisers and organic fertilisers as well as data collection and reporting.

The good part, however, is that some initiatives are being taken in certain states and at the individual level. But it is not enough and a lot needs to be done if organic and natural farming is to become a mass movement in this country.

The need of the hour is to have a targeted, ambitious and well-funded nationwide programme to drive the change towards organic and natural farming. The quality of biofertilisers and organic fertilisers must be ensured by developing and institutionalising a robust monitoring and enforcement mechanism through collaboration between the Centre and states.

Production and availability of these inputs must be ensured and their use must be promoted through a multi-pronged approach by the Centre and states. Massive potential of these sectors, which exists in this country, need to be properly utilised and up-scaled.

This is the first article in a series on India’s non-chemical fertiliser sector.

Download full CSE report "State of Biofertilizers and Organic Fertilizers in India" from this weblink: https://www.cseindia.org/state-of-biofertilizers-and-organic-fertilizers-in-india-11235