Currently, some two billion people are affected by desertification and land degradation; 41 per cent of the landmass worldwide is prone to desertification 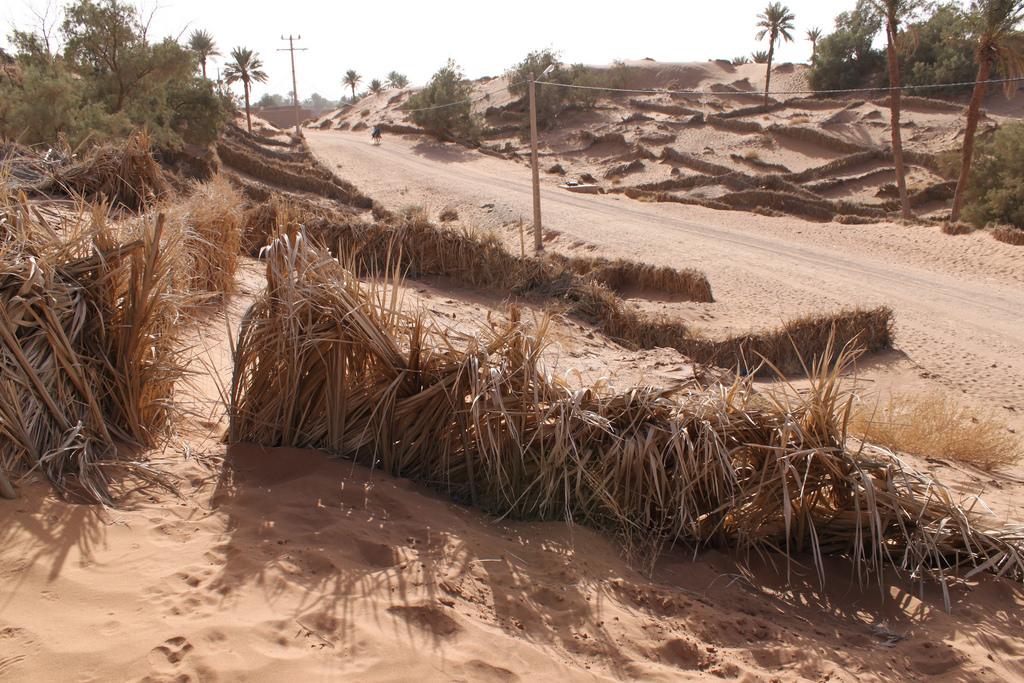 US Geological Survey defines deserts as places on Earth that receive less than 10 inches (25 centimeters) of rainfall per year, whereas desertification is defined as “a type of land degradation in which a relatively dry land region becomes increasingly arid, typically losing its bodies of water as well as vegetation and wildlife”. Loss of soil cover, mainly due to rainfall and surface runoff, is one of the biggest reasons for desertification . Desertification is not just an ecological issue but also one of shrinking food and water supplies, loss of jobs and mass migration. It also causes disasters like sandstorms that wipe out large swathes of habitable lands. Aquifers vanish and biodiversity is greatly reduced. A naturally dry climate, long spells of droughts and heavy winds add to the anthropogenic causes.

Currently, some two billion people are affected by desertification and land degradation; 41 per cent of the landmass worldwide is prone to desertification. The major deserts in the world are expanding at an alarming rate. Sahara desert is growing, thanks to climate change, say scientists. Boundaries of the earth’s largest hot desert have expanded by 10 per cent since 1920. It is advancing south into more tropical terrain in Sudan and Chad, turning green vegetation dry and soil barren. A recent study discovered that while some natural climate cycles could partly explain  reduced rainfall and desert expansion southward, human-driven climate change is also playing a part. Deserts in China, Mongolia and Africa are all invading their neighbouring regions. In India, the deserts in the west are expanding.

There is more to it, as 26 of 29 Indian states have reported an increase in the area undergoing desertification in the past 10 years. Rajasthan has the largest desertified land (23 Mha), followed by Gujarat, Maharashtra and Jammu and Kashmir (13 Mha each) and Odisha and Andhra Pradesh (5 Mha each).

Fifth National Report of Government of India on Desertification, Land Degradation and Drought submitted to the Secretariat of the UNCCD cites that 68 per cent of the country is prone to drought, and this will be further heightened because of the impact of climate change, particularly in dry lands. Desertification and loss of biological potential will restrict the transformation of dry lands into productive ecosystem. Climate change will further challenge the livelihood of those living in these sensitive ecosystems and may cause resource scarcity, the report warns.

Findings of a study on eco-fragile Aravali Hills

The findings of a study by the researchers at Wildlife Institute of India have brought out that the Aravalis is losing its ability to curb desertification. Natural forests are shrinking and green cover of a dozen gap areas (forested areas) that fill intervals in the rocky ranges in Haryana and Rajasthan has declined. These forested areas are important to keep the hills from turning barren and therefore, prevent desertification.

However, the shrinking green cover has compromised their ability to be a conservator of local ecosystem. For Delhi-NCR, the implications cannot be overemphasised. More barren Aravallis means more dust storms and greater dust pollution, climatic unpredictability, and resources like ground water reserves—already overexploited in Gurgaon because of explosive urbanisation—coming under even more strain.

Most alarmingly, the effect is starting to show in natural forest areas of the Aravallis that hold the ecosystem together. Their green cover has started to degrade. According to ecologists, destruction of Aravallis was responsible for climate change in Delhi. They have always stood as a barrier to sand migration. Desertification was responsible for more dust storms inDelhi-NCR. (Read: Aravalis are losing power to check desert spread).

With about 30 per cent of its land being affected by land degradation, India has high stakes and stands strongly committed to implementing the UNCCD. Though India does not have a specific policy or legistlative framework for combating desertification, many of our national policies have enabling provisions for addressing the problem.The First Five-Year Plan had land rehabilitation as one of the thrust areas. In the subsequent plans too, high priority was consistently attached to development of drylands (Annual Report,MOEF,2011).

Numerous government schemes and programmes executed through partner ministries of MoEF&CC like the Ministry of Agriculture, Ministry of Water Resources, Ministry of Rural development, Ministry of Tribal Welfare, have been at the forefront of India's effort to tackle desertification, land degradation and drought problems. Over the years, numerous outreach and awareness activities have also been conducted in various parts of the country. (Read: Report on World Day to Combat Desertification 2017).

According to UNCCD, more than two billion hectares of degraded land in the world can be rehabilitated. It recommedns agro-forestry and farmer-managed natural regeneration. Small community initiatives making degraded lands out of bounds for grazing, growing fast-growing plants and tall trees that serve as a barrier against winds and sandstorms are very effective.