Desertification in India: A livestock keeper says how his stock has plummeted

‘I dream of gardens in the desert sand, I wake in vain’ 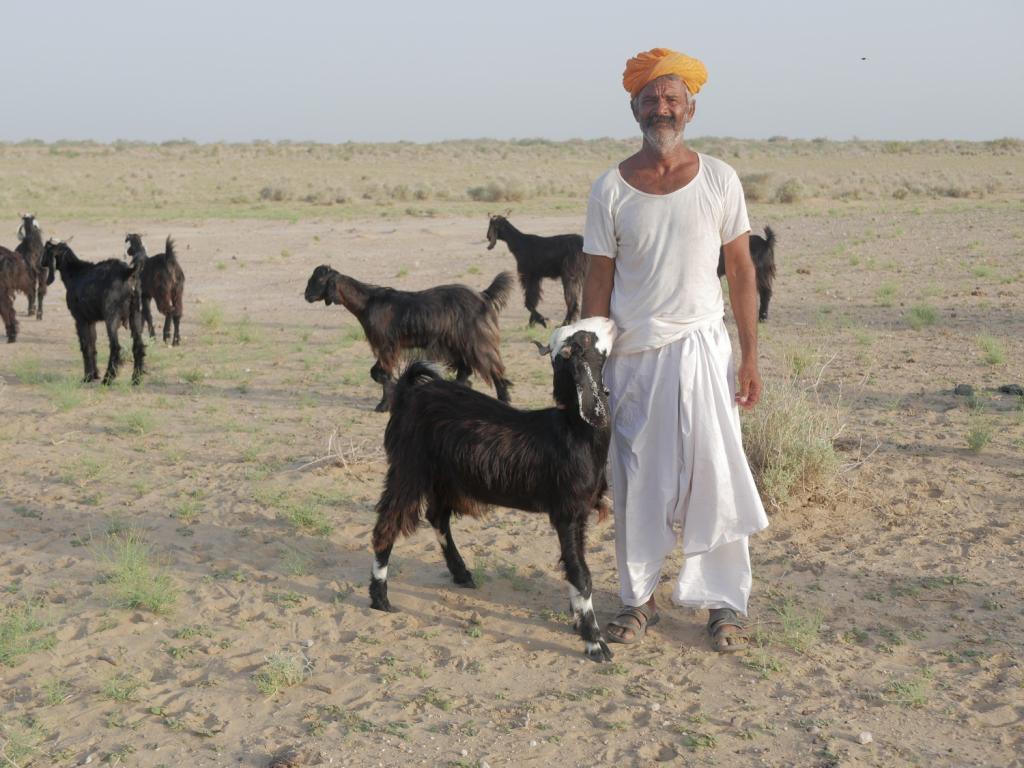 I am a 10th or 11th generation livestock keeper. Some 700 years ago, my forefathers settled in this Rajasthan village of Netsi, which is just 50 km from the Pakistan border. When I was young, my family owned 200 camels, 50 cows and 200 goats and sheep. Today, I am left with just a flock of 200 goats and sheep and 15 cows. I had to abandon the camels because there is no market for them.

Rains affect my livelihood in two ways. The sewan grass (Lasiurus sindicus), which we use as fodder, grows suddenly after the first showers early July. But over the past few years, the rain comes as late as mid-July and it is usually in deficit.

Therefore, most of the grasslands have vanished and the dunes have become barren. The past two years have been extremely dry, with a rain deficit of over 50 per cent. Now I have to buy animal feed which costs Rs 850 a katta (a bag of 35 kg). I need 10 such kattas a month to supplement the nutritional needs of my weak and pregnant ruminants.

Rains also decide whether my cows will produce calves. They conceive only when there are sustained rains. None of my 15 cows has conceived in the past two years. As a result, I am not able to sell cow milk, which fetches me up to Rs 15,000 a month during normal rains. Goats are also finicky animals. They conceive during erratic rainfall but have a miscarriage if their nutritional requirements are not met. My herd assures 60 offsprings during a good monsoon, of which nearly half are males and are easily sold in the market. They fetch me Rs 90,000 on a productive year. But last year, I could sell only 15. This year I expect similar numbers to be sold.

Less rainfall also means that I have to hire a tractor to ferry water from long distance. Earlier we used our camels but now I spend over Rs 7,000 a month. Earlier, I had a well, but the water is slowly turning brackish.

There is no profit in livestock rearing in the desert. My son takes no interest in it and helps me out only during the time of birthing. The only reason I am in the profession is because this is all I know.

(As told to Arnab Pratim Dutta)

This was first published in Down To Earth's print edition dated 1-15 September, 2019