Do Bihar migrants have the choice to not go back to cities? 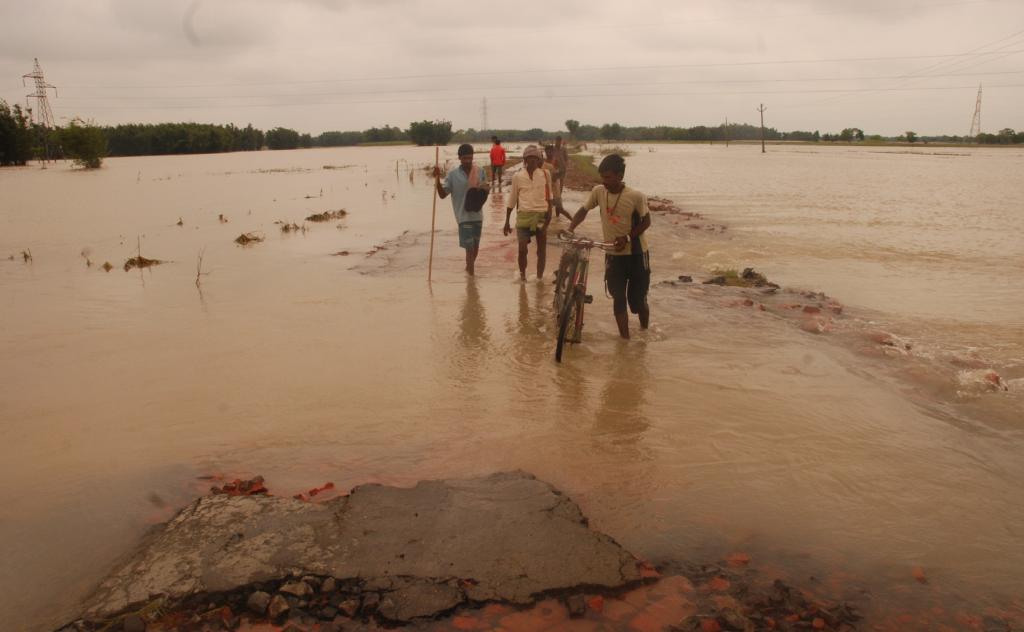 The north Bihar plain has fertile alluvial soil endowed with surface and sub-surface water resources. The people in the region depend mostly on agriculture.

There is also a vulnerability to floods because the region is drained by two major rivers, the Gandak and the Koshi and their tributaries, the Bagmati, Burhi Gandak and Kamla-Balan.

North Bihar’s unique geo-physical settings and hydro-meteorology make it one of the most vulnerable regions to environmental forces of floods and submergence.

In the past few decades, floods have almost became a yearly phenomenon, though their intensity varies from one year to another. The flood plains are generally submerged during the monsoon from July to October every year and greatly affect life, physical assets and the livelihoods of people.

Agrarian distress due to environmental forces of flood

Household dependency on agriculture and non-agricultural sectors (in per cent)

A major reason behind this decline was the extensive damage to crops from extreme weather events. Agricultural production is quite uncertain, especially during the monsoon, as it is an area of continuous flooding.

Villagers were earlier dependent on agriculture and used to cultivate a particular variety of paddy, locally known as ‘lathaun’ — a low-yield, flood-resistant variety — according to Sahib Khan, 36, a resident in Kathihar district’s Azamgarh block.

A large section of villagers earlier worked as agricultural labourers on others’ land, but received wages insufficient to feed a family of five-six.

The 1987 flood was a devastating experience for them: People realised if they did not migrate to cities for work, they would not be able to survive. Several villagers — including Khan — said this out-migration of the rural male population essentially began after the 1987 flood.

With time, migrant workers accumulated their experiences and established a good network with their employers in urban areas. This made it easy for the next generation of migrant workers.

The flood, however, was not the only reason for a declining dependency on agricultural activities. The face of agriculture changed over the period. It became more commercialised and was yet not very profitable due to increased costs of inputs and a lack of more appropriate technology.

Employment opportunities in Bihar’s agricultural sector began to shrink for both men and women, with the advancement of mechanisation and increasing population.

The introduction of different types of machinery, high-yield varieties of seeds, herbicides, pesticides, etc, disempowered the agrarian community by making their skills and traditional knowledge obsolete and dispossessing them from production and decision-making processes.

In a distress-driven economy, labour out-migration became a major survival strategy for rural households. The demand for cheap labour in urban areas drew men away from the farm in the open market economy. This was in contrast to the marginalisation of rural women, especially among landless households.

Labour migration in the districts of Bihar was predominantly for a short duration, cyclical in nature and also depended on the agricultural season at the source and destination.

Migrant workers either worked in construction sites in metro cities like Ahmedabad, Chennai, Delhi and Mumbai or moved to Punjab for carrot cultivation at the beginning of the sowing season. These workers then came back end of March, in time for harvesting.

Migration was not only a survival strategy for locals, but also brought prosperity with it. This year, unfortunately, the sudden lockdown to contain the spread of the novel coronavirus disease (COVID-19) forced nearly 2.5 million migrant labourers to return to their homes from cities.

They did not manage to save enough this time, but instead carried heartbreaking experiences of uncertainty, fear, conquest, pain and anguish. With this traumatised experience, a large proportion of the migrants do not want to return to cities and have begun to look for employment opportunities in their neighbourhoods.

Though the state government promised to involve the labourers with its Jeevika scheme, a big question remains how this can solve their livelihood crisis.

Impact of flood on migrants

The flood situation of the state made the migrant crisis more serious. With a high intensity of continuous rain for 10-15 days, a few rivers flowed above the danger level and inundated a large area of the north Bihar plain.

Around 4.6 million people in 14 north Bihar districts were affected by the flood situation July 31, 2020, with these numbers increasing every day, according to the state disaster management’s daily flood bulletin.

Standing maize crops were submerged under water and paddy seedlings were also damaged, according to the state agriculture department.

The aggravated flood situation of the state further increased the uncertainty of earning among returning migrants and raised the question of whether going back to their migration destinations was even an option for them.