Doha Model shows how to rein in water for irrigation

In spite of its challenges, digging of streams and creation of pond-like structures along their length can provide farmers with the much needed source of irrigation 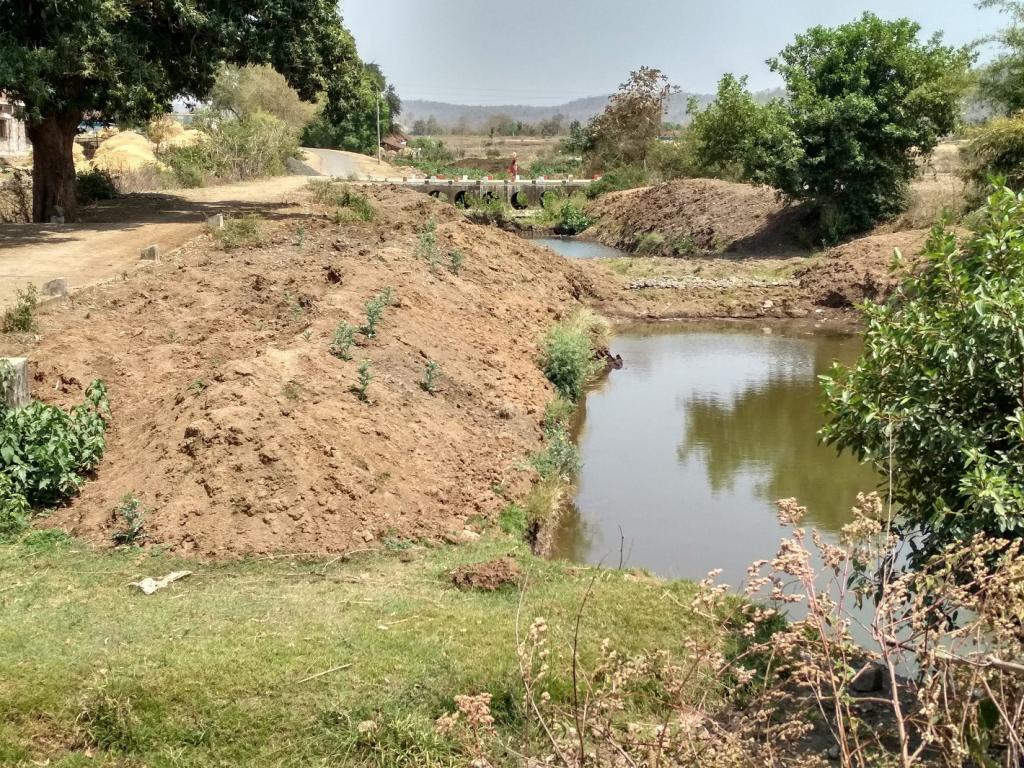 Mandla and Dindori districts in southeastern Madhya Pradesh have a highly undulating topography, covered by large tracts of forests. Scheduled Tribes (STs) form more than half of the total population in both the districts, with agriculture as their mainstay.

Mandla and Dindori receive more than 1,200 mm of annual rainfall but, the percentage of the net sown area under irrigation, for both the districts, is among the lowest in Madhya Pradesh.

Mudadih Raiyat, a small village in the Mandla district, has around 56 households, 95 per cent of which belong to the STs as per 2011 Census.

More than half of the village households have their agricultural fields in the vicinity of an ephemeral stream — their only source of irrigation — recharged by the monsoon rainfall.

People use electric pumps to draw water from the stream to cultivate paddy in Kharif season and wheat in Rabi season. However, Jugraj Singh Pandre (35) says that until a year ago, the shallow stream would dry in the middle of the Rabi season — between November and December.

A drying stream would lead to wheat crop failure, and the few open wells in the village do not have the capacity to supplement irrigation.

During the summer and winter of 2018, as part of a water harvesting programme, several 100-feet-long and 10-feet-deep pond like structures known as ‘Doha Model’ were dug along the length of the village stream. These were dug by deepening the stream and creating earthen bunds between every two such structures.

Kunnilal Pandre (55), a farmer from Mudadih Raiyat, cultivated coriander in January this year on one of his agricultural plots, which he irrigates using the Doha Model. Another farmer, Shiv Shankar Pandre (32), cultivated wheat over a four-acre land patch which would stay fallow during Rabi until last year.

Close to a dozen households, having their agricultural fields in the vicinity of the stream, feel that they can irrigate their Rabi crops better with the Doha Model. Jugraj adds that the additional stream water is a boon for their cattle in the scorching summer heat.

At least three fourth of the households have their agriculture lands in the vicinity of a stream, which is the only source of irrigation.

In the summer of 2018, members of the Laxmi women self-help group (SHG), with the help of NGO Action for Social Advancement (ASA), ensured digging of the stream to create Doha Models and prolong the stream water retention. In the same year, post-monsoon, people reported a significant increase in water retention.

Santi Bai (35), a member of the Laxmi SHG, says that because of Doha Models, water in the stream was sufficient to irrigate the wheat crop during Rabi.

Kunwar Singh Tekam (50) recounted digging out certain pockets in the stream for Rabi irrigation, which is not required now. Arjun Mandavi (30) shares that this intervention has benefitted more than half of the agricultural fields in the vicinity of the stream.

Challenges and way ahead

Despite their immediate visible benefits, there are specific challenges to the digging of streams. Pond-like structures on the flowing water streams are prone to continuous silting, particularly on the undulating terrains in Mandla and Dindori, thus making the structures short lived.

Sharad Mishra from ASA, Mandla, said the assumed lifetime for these structures, with no maintenance, is four to five years. To keep the Doha Models functional for long, water-user groups are a potential solution.

In Mudadih Raiyat, multiple water-user groups have been formed, with one group comprising households using water from one Doha Model being solely responsible for its maintenance, including periodic desilting. However, most water user groups are yet to be tested.

Another concern is the long-term, basin level impact of tapping into the sub-surface water flow. A detailed study is required to ascertain what, if any, are its positive or negative implications at the basin level.

In spite of its challenges, digging of streams and creation of pond-like structures along their length can provide farmers with the much needed source of irrigation, especially in high annual rainfall and undulating regions like Mandla and Dindori. Moreover, if, combined with the soil conservation measures upstream, these structures can stay functional for long.