Farmer and the new-age health market 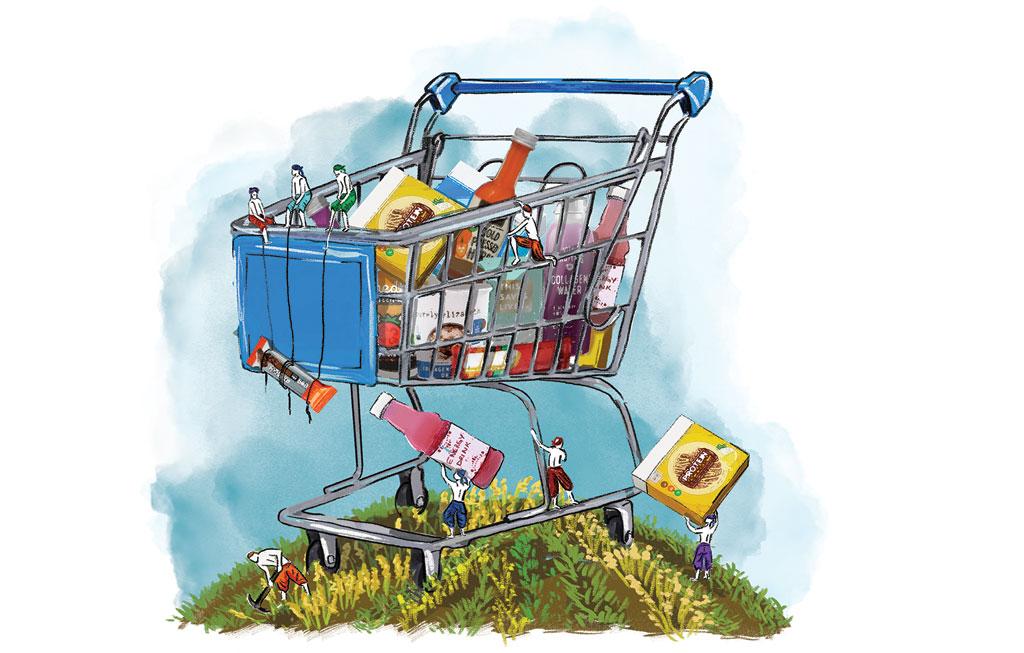 Climate change and malnutrition are, perhaps, currently the world’s two most poignant concerns. While the issues have garnered everyone’s focus, they have also become sore topics. The fact that youngsters have recently become involved in the fight against climate change gives one hope, because their involvement might trigger some action from the elders too. The issue of malnutrition, however, has had no such luck; though there has been much talk on nutrition of late.

In India, our traditional agriculture took care of our nutritional needs because it was based on mixed cropping. Millets, pulses, oilseeds, vegetables, edible uncultivated greens — all shared the same space, water, time, pests and labour. But when we shifted to monocropping, we ended up with nutritional deficiencies. A solution, however, now appears in sight.

In recent years, the government has encouraged farmer producer organisations (FPOs) to boost farmers’ income, health, nutrition and living standard. FPOs are registered companies, owned and managed by farmers or groups of farmers. There are about 5,000 FPOs in the country and the government has announced support for the formation of another 10,000. These FPOs would have about 750,000 farmers, assuming that 500 farmers are involved per FPO. If FPOs can enter the nutrition business, they can profit and also help bridge the country’s nutrition gap.

The Indian Nutraceuticals Market Outlook: Vision 2022, published by the Associated Chambers of Commerce and Industry (ASSOCHAM) of India, states that the Indian nutraceuticals market is likely to grow from $2.8 billion in 2015 to $8.5 billion by 2022. Nutraceutical describes any product derived from food sources, with extra health benefits, in addition to the basic nutritional value found in foods. Globally, nutraceuticals are garnering prominence and becoming a part of the average consumer’s diet. The major reasons for the increasing use of nutraceuticals are the growing incidences of lifestyle-related diseases, rising life expectancy and inadequate nutrition due to lifestyle choices.

Functional foods and beverages are full of nutrition and disease-preventing qualities, and contain physiologically active components from plant or animal sources. While functional foods have already made a mark in the market, functional beverages are gaining traction due to a change in the preferences of consumers from soda/carbonated drinks to healthy drinks such as fortified juices. The demand for energy and protein drinks has also increased among people looking for weight management solutions while maintaining a sound lifestyle. The market for functional teas and coffees has also grown.

India has always had a variety of traditional and ethnic foods that have functional attributes. The health properties of condiments, spices, herbs, whole foods, seasonal fruits and vegetables have been documented in the country’s ancient scriptures. Some of the functional foods used in the daily diet include turmeric, black pepper, cloves, cinnamon, asafoetida, cumin seeds, mint, tulsi (holy basil) leaves, green leafy vegetables, fruits, whole wheat and millets.

These can not just help in treating common ailments, but are also packed with nutrients or phytochemicals that cut the risk of cancer, heart diseases, high blood pressure and eye problems. The Traditional Knowledge Digital Library at the Central Food Technological Research Institute, Mysuru, is documenting this information digitally. It would help in the understanding of the functional attributes of these foods and also in the protection of intellectual property rights.

Traditionally, sprouting, malting and fermentation are some of the processes that enhance the functional properties of foods and are widely used in India. However, the use of these processes has gone down with urbanisation and globalisation. Herein lies the opportunity for FPOs to build businesses in rural as well as urban areas. But this would require government support.

The government must create awareness on functional foods by mainstreaming nutrition education into FPO training modules. Food businesses should be fine-tuned into becoming value-added nutrition businesses. The list of functional foods should be circulated to all FPOs so they can choose according to their volume of production. Technology should be made available to FPOs through convergence with bodies like the National Institute of Nutrition, Hyderabad; and the Central Food Technological Research Institute and Defence Food Research Laboratory in Mysuru.

FPOs that have the potential for functional food production must be identified and trained right from their formation to capture the billion-dollar business and to enrich the country both economically and nutritionally.