It is time we talked about the real cost of our food, about how to benefit farmers who grow our food 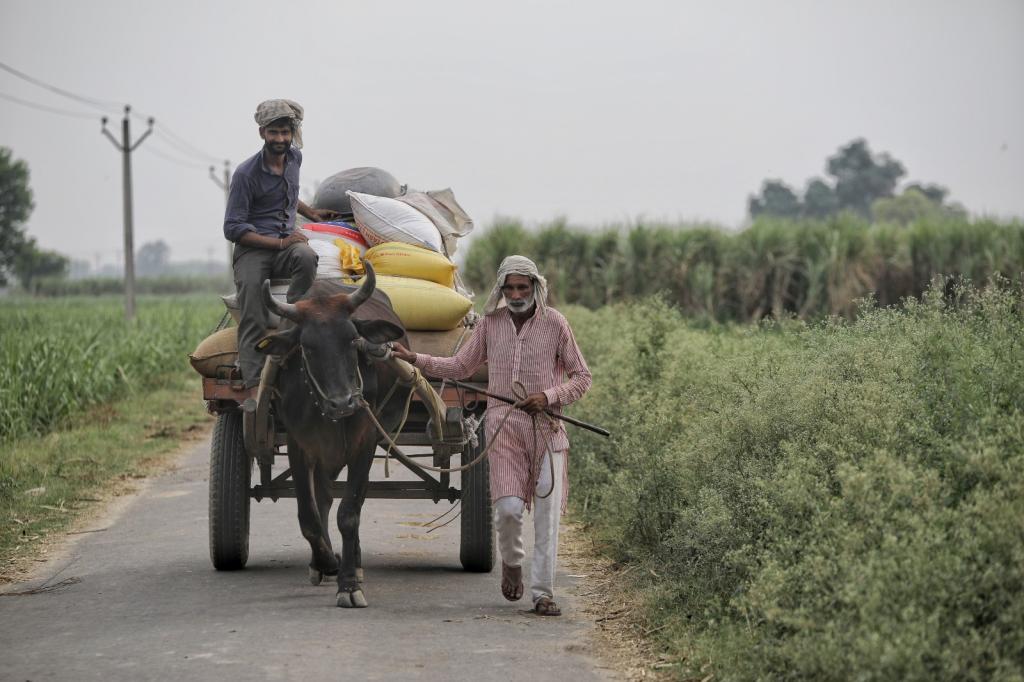 As Indians break into 2021 with the fervent hope that it will be different from last year’s devastating pandemic, we have angry faces staring us down. Farmers — many thousands — have gathered peacefully at the doorsteps of the nation’s capital, demanding that the government repeal the recently formulated agriculture-related laws. There is a lot of noise on who is right and who is wrong. But this protest should challenge us to think — not as researchers or academics or even policy wonks, but as consumers of food that farmers grow.

The question we need to ask is why does the food that we consume need to be subsidised? Why are farmers, not just the ones camping in the bitter cold at the capital’s borders, but also the voiceless silent majority, demanding price support? Are they unproductive and lazy?

The fact is that across the world — even, and especially, in the rich world — agriculture is heavily funded by governments. Paris-based intergovernmental think-tank Organisation for Economic Cooperation and Development (OECD) estimates support to this sector through what it calls producer support, as a percentage of gross farming receipts.

It finds that in rich countries like Japan, South Korea, Norway and Iceland, producer support ranged between 40 and 60 per cent of the gross farming receipt in 2019. In the United States it is roughly 12 per cent and in the European Union (EU) it is 20 per cent.

But in India, the producer support — what the government pays as a percentage of the farming receipt — is actually negative (-5 per cent). In other words, the farming sector, owned and managed by some of the poorest people in the world, subsidises what we eat.

But that’s not all. Rich countries are also innovating fast to support their farming sector in the time of growing climate change risks — the payment is not paid directly for production, but is conditional to the farming sector adopting practices that are more sustainable.

The EU’s Common Agricultural Policy will now be directed towards ecosystem services payment to farmers. So, more subsidy, but with new names. In this way, almost all large food-producing countries include subsidies as part of their social and environmental welfare measures.

The subsidy may be given through direct payments to farmers or through support pricing for certain crops, or through investment into key agricultural inputs like water, fertilisers and seeds.

It is in this world that farmers of the poorer world — including those from India’s rich states of Punjab and Haryana — have to compete.

First, they are disadvantaged because they do not get the financial support needed to make farming lucrative. Second, when their crops become costly due to either extreme weather or other reasons of scarcity, the government steps in to import cheaper food. Our farmers suffer at both ends.

It is for this reason that farmers are demanding a minimum support price (MSP) as an insurance against price volatility. At present, there is no doubt that the system is broken. While MSP is fixed for 22 crops, in reality, it is used only for a few crops — wheat and paddy, where the government has a procurement system.

It is this reason that the farmers of Punjab, Haryana and Uttar Pradesh are up in arms, fearing that the system will be disbanded. They grow wheat and rice that is mostly procured by the government.

But for the remaining crops, MSP is an empty promise. As my colleague Richard Mahapatra has analysed in his recent article on the farm support, the market does not end up paying the price that is required to the farmers.

According to the government’s own data, almost 70 per cent of the market transactions for 10 select crops in 600 wholesale markets were at prices lower than MSP.

The key issue is what should be the price of food? The fact is that the cost of inputs is increasing — from seeds and water to labour. Then there is the fact that the risks are increasing because of extreme weather due to climate change. In this way, farmers need to be paid both for the increased cost of growing food and for the increased risk of loss of crops.

Indian farmers invest huge amounts of private capital into building infrastructure for their operations, unlike any private company or industry. They pay to build irrigation facilities — more than half of the irrigated land uses groundwater. Some 19 million wells and tube wells have been built with private capital.

Nobody pays for this — in fact, the computation of MSP is rigged against the farmer because the government needs to ensure that the cost of food is cheap for its procurement system and stays affordable. The worst fear of any government is food inflation, as consumers then fret and fume.

This is when government imports food to drive down prices — food from rich countries, where food growing is subsidised and against whom our farmers cannot compete. It is time we talked about the real cost of our food, about how to benefit farmers who grow our food. This is not a business we can afford to lose.

This is what the farmers at our doorstep want us to discuss. Let’s not let them down.