It is good to know that rural development secretary Amarjeet Sinha felt MGNREGA implementation could be improved. But his assessments are far from reality 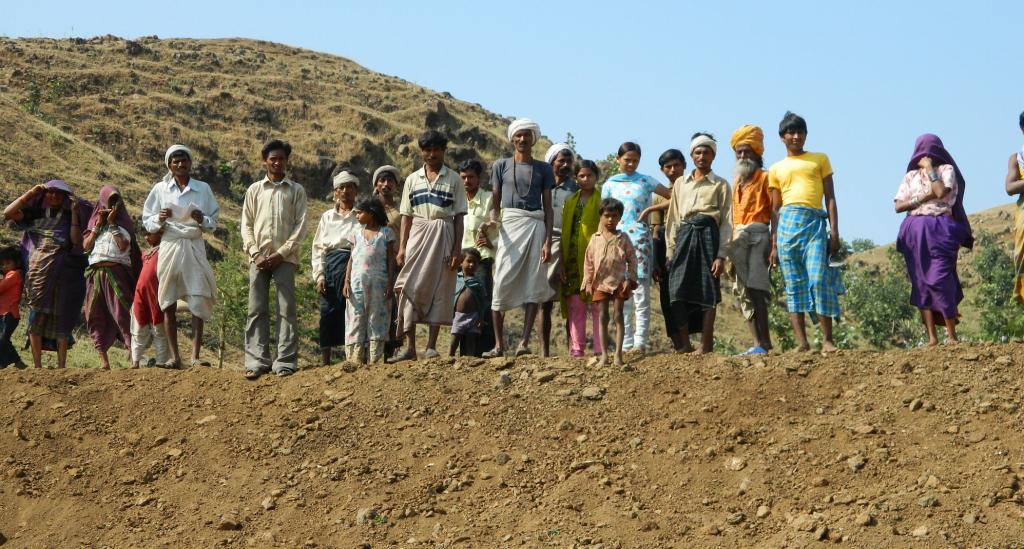 Amarjeet Sinha, secretary, Union Ministry of Rural Development (MoRD), recently wrote an article in the Times of India claiming that the Mahatma Gandhi National Rural Employment Guarantee (MGNREG) programme has been overhauled in the last five years to deliver better results. However, grassroot realities are far from his assessment.

In his piece, Sinha tried to establish that technological interventions in the last five years have proved to be effective in plugging corruption and making implementation better. The reality though, is that over-the-top technological interventions, along with a centralised decision-making and payments system have completely diminished local accountability and weakened the machinery in-charge of implementing the programme.

The real time Management Information system (MIS)-linked implementation has created a flawed picture in the minds of people, who have hardly seen the reality at the grassroots. Those who actually work on the ground have become clueless about the implementing strategies, and are completely unaware of the mechanisms through which decisions are carried out under MGNREGA.

As payments have become centralised, local accountability and governance have reduced to zero. The local bodies, devoid of any power of decision-making or grievance redressal, have been carrying MGNREGA like a burden on their shoulders, where local problems do not have local solutions.

Sinha, in his write-up, completely ignored the aspect of implementation mechanisms, systemic leakages and administrative lapses. In short, the entire MGNREGA machinery and its capabilities are completely absent and the piece only talks about how centralised decisions and payments using Aadhaar improved the programme.

However, these claims are largely vague. We expect a better assessment from a person of Sinha’s calibre, who has seen the effects of administrative processes on government schemes throughout his career.

Sinha made allusions to Noble laureate Abhijeet Bannerjee in the piece to his convenience. But he purposefully ignored the fact that Bannerjee had also been vocal on the issue of increasing the NREGA wages for rural workers, which are abysmally low presently. Now, let us look at a few aspects of Sinha’s piece and compare his claims with grassroot realities.

First, Sinha claimed that “in the true spirit of the MGNREGA, it was seen as an opportunity to enhance the livelihood security of rural households” and thus concluded that the government's approach in individual asset generation led to economic empowerment of the rural masses.

Sinha might have forgotten that the true spirit of NREGA is employment generation and despite repeated demands for respectable wages and entitlements, the Centre remained tone deaf. Linking it to the construction of PMAY (Pradhan Mantri Awaas Yojana) or AWC (Anganwadi centre) is reducing the scope of MGNREGA as it was primarily aimed at ensuring an additional 100 days and not eat into the already-existing employment options.

Also, as a seasoned campaigner, Sinha knows well that in NREGA, asset-making is not possible without providing proper entitlements, benefit and on-time payments to workers. The administrative push for asset-making was only on paper and not on the ground.

Sinha wrote that “it was made clear that MGNREGA is not a pension scheme”. This  shows his ignorance and disrespect for the workers who work extremely hard to get their payments which most often get delayed.

Sinha should understand that NREGA was never a pension scheme. It was always payments against work. As the  secretary, MoRD, he should be more sensible and careful while choosing his words as they might have great implications in the lower tiers of administration.

Second, in the said piece, Sinha boasted about the better completion rate of assets in the last five years. While the focus on individual asset generation for enhancing livelihood security can be welcomed, Sinha should know that the data on the completed scheme that is featured on the NREGA website, does not necessarily mean that the schemes are completed on the ground.

Usually, the state, Centre and local administration close incomplete schemes due to various reasons which creates a false impression on the website. It needs to be flagged that the data on closed schemes as listed on the NREGA website does not give out the number of actually completed structures on the ground.

What would be more prudent is for the Central government to make the social audit reports public. In practice, a lot of these assets have been constructed on wrong sites owing to no benefit for the owners. A large number of assets remain incomplete due to the non-availability of funds. In certain states, material-intensive schemes opened in bulk and could not be completed due to a dearth of material funds.

Third, it was claimed in the piece that payments have been streamlined with the use of Aadhaar.

Sinha seemed to have completely ignored the widespread issues related to Aadhaar. Money going to completely unrelated accounts, payments showing inactive Aadhaar getting rejected, payments getting seized by the Central government for over 1-2 months on a frequent basis are regular affairs under MGNREGA.

The Stage 2 delay data that is shown on the NREGA website actually does not show the delay in payment beyond 15 days ie. till the money gets credited to the worker's account. This creates a false impression and the government is trying to play with technology to paint a false picture. The government is using technology to their convenience and only for political publicity.

Also, there are other major reasons for non-payment and delayed payment which Aadhaar or any other technological interventions can't solve. These are the ground implementation issues such as people working without job cards, people working under contractors without having their names on the MR, rampant use of machines at the excavation sites etc, which can only be fixed through setting up proper channels, administrative monitoring and a robust grievance redressal mechanism.

The government boasting about streamlining of payments through the use of Aadhaar is politically motivated. In reality, the issue of payments has multiple facets, as pointed out by many individual researchers and grassroots organisations. But the Central government does not want solutions to issues. Rather, it only wants to establish the pro-Aadhaar narrative, which it is taking credit for.

It is important to note that a recent study carried out by the ISB (Indian School of Business) had revealed that in Jharkhand, 38 per cent of the Aadhaar-based payments were going to completely unrelated bank accounts. While Aadhaar is not a solution to uninterrupted, smooth and timely payments to the workers, it definitely cannot address the grassroot implementation flaws which result in massive non-payments and lesser payments as discussed earlier.

Fourth, Sinha had claimed that keeping the 60:40 wage against material ratio at the district level has helped complete the state-specific schemes for water conservation, afforestation and community assets like Anganwadi Centre. In reality, the contractors and vendors have completely taken over through an unholy local nexus and countless schemes have been left incomplete across the country. Even hasty village surveys will prove this.

Also, we have discussed that the initiative of including already-existing asset generation programmes like AWC and PMAY in NREGA’s fold is hindering the employment generation aspect of the scheme. However, the government must understand that the scope for individual benefit schemes are limited and it will have to strike a balance between community-owned schemes and individual benefit assets to optimally utilise the funds, keeping the employment aspect intact.

Fifth, Sinha has written specifically about participatory labour budget preparation and claimed that it has helped the marginalised and vulnerable communities get MGNREGA assets on priority.

In Jharkhand, where a large participatory planning exercise was done in 2015-16, one can visit and see the sorry state of implementation of assets. From 2016-17 to 2019-20, Jharkhand has been allocating 7 crore person days as labour budget and it is a general trend to repeat the budget without any proper planning process executed on the ground.

Jharkhand is a great example where proper planning was not reciprocated with sincere implementation and subsequently, the idea of a participatory labour budget planning died. In most states, the village dwellers won't be able to recall any planning exercise under MGNREGA since the inception of the programme in 2006.

Sixth, Sinha, in his piece, explained that the Centre had made notifications to allow 150 workdays for households in areas hit by drought and other natural calamities.

However welcome a move this was by the government, the implementation of the same was poor. For instance, Jharkhand had declared 129 blocks from 18 districts as drought-affected last year. The Central team did a ground inspection and the notification for allowing an additional 50 days came in the third week of March, with only about 10-12 days to go for the financial year.

Seventh, Sinha’s assessment that the government has made efforts to increase the community connect and local partnerships in order to make the planning and implementation successful is just a casually-placed argument, which has no base.

On the question of panchayat leaders, partnerships and connecting with them are only possible when the panchayat leaders are given adequate powers in MGNREGA. Currently, the programme is running in a centralised manner where the panchayat representatives neither have the power to make payments nor can solve issues related to them.

In most states, the panchayats do not have a say in administrative sanctioning as well. While MGNREGA could become a tool for strengthening local governance, in absence of proper devolution of power, it has become a burden for panchayat leaders.

It is good to know that Sinha felt there was room for improvement in MGNREGA. But his assessments about the programme are far from reality. Presently, wages in many states have been held up by the Centre owing to great difficulties in the lives of the workers.