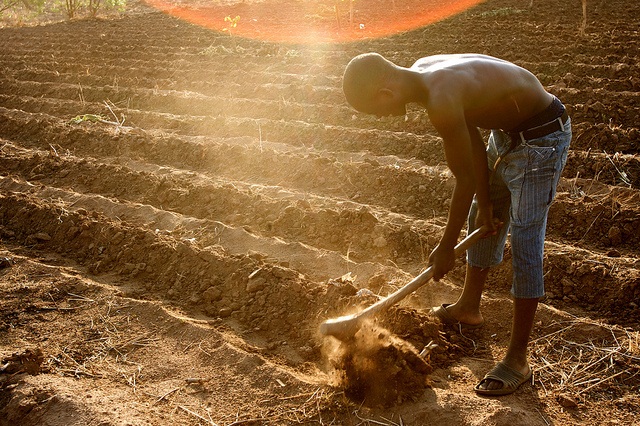 “We know that actions to promote food security can help prevent a crisis, mitigate its impacts and promote post-crisis recovery and healing,” the FAO chief said.

Conflicts give rise to long-term crises as is the case with Syria and other war-ravaged countries such as South Sudan, Yemen and Somalia where hunger is three times more likely than in the rest of the developing world.

Failure to boost food security can jeopardise political and social stability. In the Central African Republic, half the population is now food insecure, the FAO DG added. (read more).

In Syria, many farmers have fled their lands, but those that have remained are growing almost two-thirds of their pre-crisis wheat output.

Besides boosting food security, facilitating rural development can also bring about peace-building efforts. To boost rural development, the FAO had stressed on social protection in its SOFA report last year. According to the report, extreme poverty is disproportionately concentrated in the rural areas of the world. The social protection network can offer a sustainable pathway out of poverty, if there is inclusive growth in the economy.

“Where food security can be a force for stability, we have to look to food and agriculture as pathways to peace and security,” the FAO DG said.

Efforts to support farming and rural livelihoods can be a motivating rationale for bringing people together after conflict, and offer “peace dividends”, he added.