Food security policy formulation: What can India learn from other countries?

Food shortage, inflation, irrational polices: What not to do to avoid economic disasters 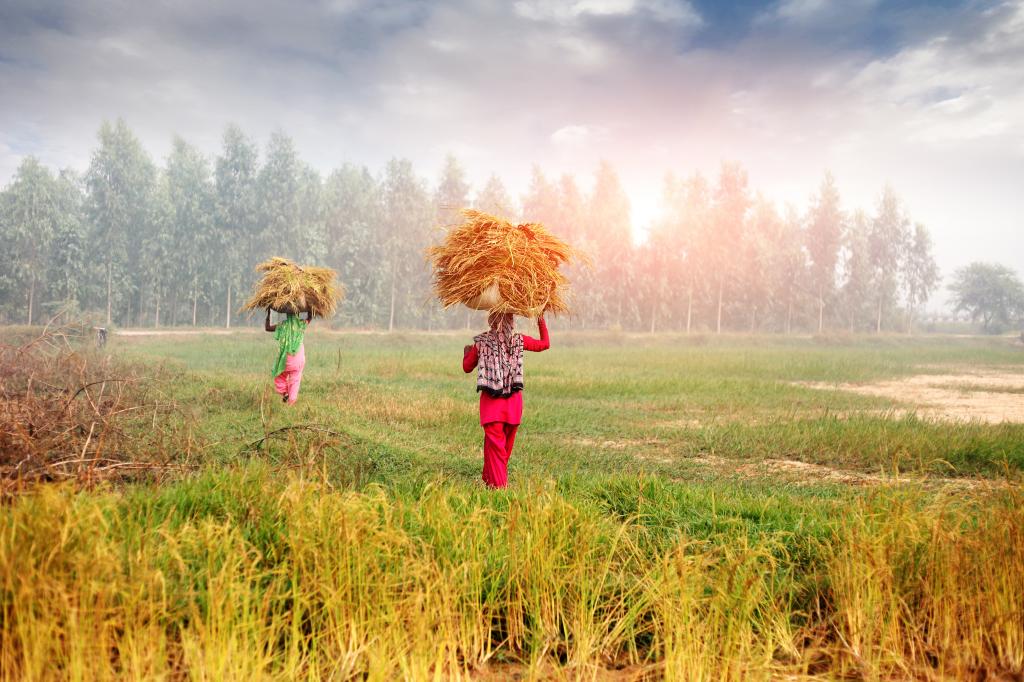 The Indian food grain scenario has drastically changed in the last five-six decades: It was a food-deficit country in the 1960s and had to import food grain to feed its people.

The situation was ship-to-mouth: The food grain unloaded from the ship at the port had to be sent to consumers in the shortest time possible. The situation is, however, no longer the same; there has been a substantial increase in food grain production.

Both state and Union governments have enhanced access to food for vulnerable sections of the population with reasonable success. So is it time to feel proud of the achievement yet? What else is in store for us?

We need to learn from international experiences.

Sri Lanka has experienced severe food shortages and food inflation in the past. Chemical fertilisers have played a key role in boosting agricultural production.

The dependence on chemical fertilisers to boost agriculture production, however, has serious long-term implications. Their dependence has to be reduced in a phased manner.

The Government of Sri Lanka, without taking the required measures, recently decided to shift to organic farming. It decided to replace chemical fertiliser, being used by 90 per cent of farmers in the country, with organic manure.

The ban on the import of chemical fertilisers led to a sharp decline in food grain production and severe inflation in their prices.

As a result, the price of rice touched Rs 115 / kg and that of wheat Rs 100 / kg. At the same time, the price of liquefied petroleum gas cylinder crossed Rs 2,500 per unit mark.

The countries whose economies depend excessively on tourism need to be careful in using their foreign reserves.

There has been a sharp decline in the number of foreign tourists visiting Sri Lanka and consequent decline in foreign reserves during the novel coronavirus disease (COVID-19) pandemic.

The scarce foreign reserves were used to clear the government’s debts. The ban on the import of food items and agricultural inputs has affected the agricultural sector.

In short, hasty and irrational decisions have led to food shortages and inflation in the country.

To overcome the food crisis in Pakistan, a central minister made a novel suggestion to people to reduce their consumption of wheat and sugar.

Such advice is not feasible when it is made to people suffering from malnutrition and hunger. At best, it can be considered as a short-term measure and not a long-run solution.

Irrational policies may lead to economic disasters even in resource-rich countries. The economy of Venezuela, an oil-rich country, was severely affected due to its irrational policy of distributing highly subsidised food grains and providing unemployment relief, as a result of which people preferred to remain idle.

There is a saying in the Chinese language: It is better to teach a person how to catch a fish rather than give free fish.

The foreign entrepreneurs left the country due to the non-availability of workers and remunerative prices. The decline in food imports due to the depletion of foreign reserves led to food inflation. To appease the people, the government started printing currency notes recklessly, which led to hyperinflation.

Zimbabwe experienced similar hyper-inflation due to the reckless printing of currency notes.

Providing food security to people implies not merely providing major cereals but a balanced food basket as well. Some countries have diversified their agriculture to this end.

Uruguay, for instance, focuses on enhancing dairy products along with traditional crops. The population of the country is only 3.3 million, but it has 12 million cows. There are about four cows for every person.

To monitor their movement, every cow has an electronic chip in its ear. Dairy products like milk, curd, butter and ghee are exported in large quantities.

In older days, India’s wealth was measured in terms of herds of cattle owned by a household. Cattle are important in a tropical country with a pastoral culture.

About 70-80 per cent of known world resources of phosphorous are available only in Morocco. The country may control the production of fertiliser by manipulating the price of phosphorous.

The method of cultivation must be environment-friendly and sustainable in the long run. There must be three-six per cent organic content in the soil.

Unfortunately, in a state like Punjab that has a high food grain production, the organic content is below 0.5 per cent. Low organic content in soil reduces it to sand. At least a quarter of cultivated land in India is likely to become desert in 10-15 years if this process continues.

Therefore, there must be a mandate to maintain a certain proportion of area under trees.

To have environmentally friendly and sustainable agriculture, excessive dependence on chemical fertilisers has to be reduced in a phased manner.