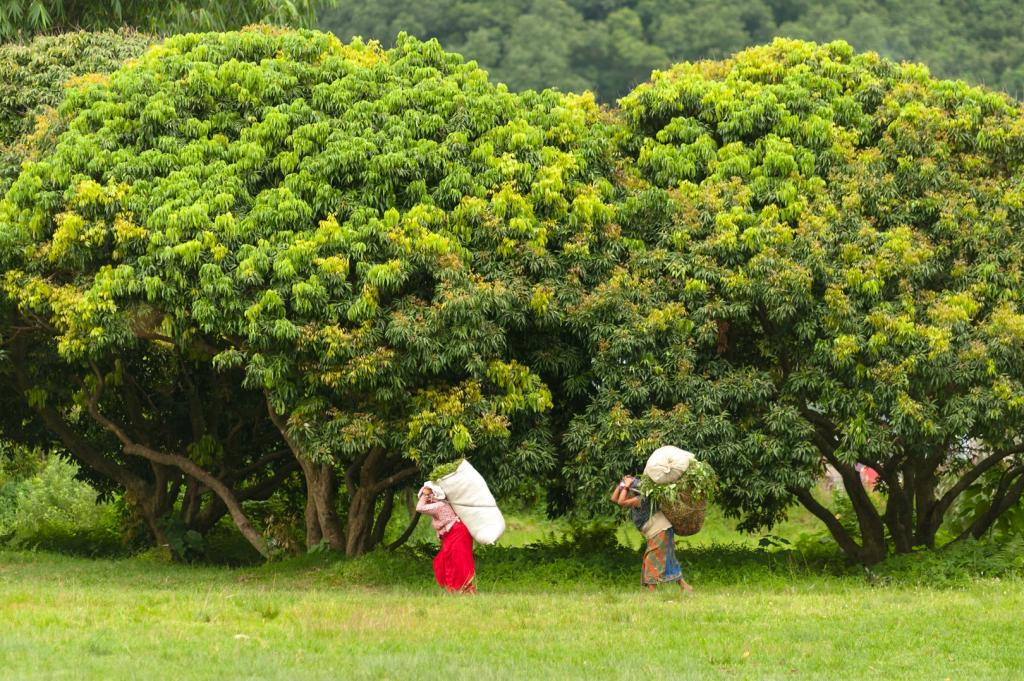 If one travels across the villages in lower- and medium-altitude hillside districts in India, one is confronted with many stories about women victims of fodder collection — particularly during the winter months when it is scarce. Since women are the ones mainly carrying out the tedious task of fodder collection, there are many instances of them sustaining serious head, neck and back injuries while trying to collect fodder at precarious heights. On several occasions, they even pay with their lives.

In an effort to address this under reported but crucial aspect of farm economies, an agro forestry initiative has been undertaken in Himachal Pradesh to promote cultivation of Grewia Optiva, common known as ‘Beul’.

The initiative is being carried out by Dr Yashwant Singh Parmar University of Horticulture and Forestry at Nauni, in Solan district, and has been sanctioned by the National Mission on Himalayan Studies. It is expected to run over the next five years; and it envisages making high yielding and nutrient-rich varieties of Beul easily available to the farmers of Himachal Pradesh.

Talking about the fodder scarcity and its impact on women, Kisan Sabha leader Kuldeep Tanwar, who has been studying the issue for several years, said, “The most tragic part is that there is no attempt at collecting empirical data on the number of women who have sustained serious injuries or have died while collecting fodder in these districts. There are 226 gram panchayats in the state and we have been hearing of instances of women sustaining injuries and even dying from most of them. We have been demanding that the government at least undertake a survey to ascertain the types of injuries and number of deaths in the last five years and come out with a policy intervention.”

Tanwar added that 90 per cent of the population in Himachal Pradesh is residing in rural areas, and majority of them own livestock. “The project on Beul is a welcome initiative. We have been seeking a Silvi Pastoral Model of forestry where the emphasis is on trees, grass and herbs. The government needs to come out with a women-centric policy when it comes to fodder,” he said.

HP Sankhyan of the Department of Tree Improvement and Genetic Resources, who is the principal investigator for the project, said that Beul is traditionally found along the fields.

“After almost two decades of research, we are focusing on developing the best varieties using canopies so that it assumes a standard height with maximum branches. It can address the fodder needs of the people in the lean season, particularly the winter months, by providing high nutrients to the animals,” he said.

“We have 5,000 plants ready with us which we will start distributing these to farmers in Hamirpur, Kangra and Una districts from the monsoon months. The distribution will be done in collaboration with the Forest Department. The farmers can approach us directly also. Thereafter we will extend the initiative to other districts. We will also be initiating the process of biological screening in the districts where the plants will be grown,” added Sankhyan.

A study carried out by him showed that in Himachal, the grasslands are poor in respect of their productive potential and carrying capacity; and there is also an imbalance in human cattle population (1:1.25) which indicates heavy pressure on natural forest for fodder, small pole, timber and fuel wood etc.

The study showed that in the last few years, the biomass flow from the forest to the nearby villages has crossed the carrying capacity of natural forests. “The fuel wood, fodder, timber and other resources obtained from arable land are not sufficient. Therefore, there is a need to develop a Silvi Pastoral Model or models with protein-rich tree species which provide nutritious fodder to the livestock…,” it says.

The study adds that apart from Una, Kangra and Hamirpur, Beul is also found in Solan, Sirmaur, Bilaspur and parts of Shimla and Kullu districts. The tree is leafless only for two months — March and April. It highlights that Beul has a protein content ranging between 19 per cent and 22 per cent.

Under the current initiative, scientists will collect samples of the Beul from six districts of Kangra, Una, Bilaspur, Solan, Hamirpur and Mandi to evaluate fodder production and nutritional quality of leaves.

The samples will be collected from five different areas in each district.  Further, they will undertake a biological evaluation of the collected germplasm and study the growth parameters for forage quality and productivity.

The experts at the Department of Tree Improvement and Genetic Resources have already studied over 60 families of this tree species and have established a nursery of the best 10 families that will be used in this project. It is expected that besides being helpful in solving the fodder shortage, the project will also improve farm incomes.

“The project will be immensely helpful in studying this important plant species, which is a major source of fodder in states like Himachal Pradesh. Over the course of the project, the university scientists will also raise a nursery of superior planting material from proven genotypes, and supply the planting material to the farmers and the state forest department,” said HC Sharma, vice-chancellor of the University.