Discussions and sharing arrangement brought by farmers’ collective, unions and other beneficiaries can potentially provide a meaningful solution to the water dispute 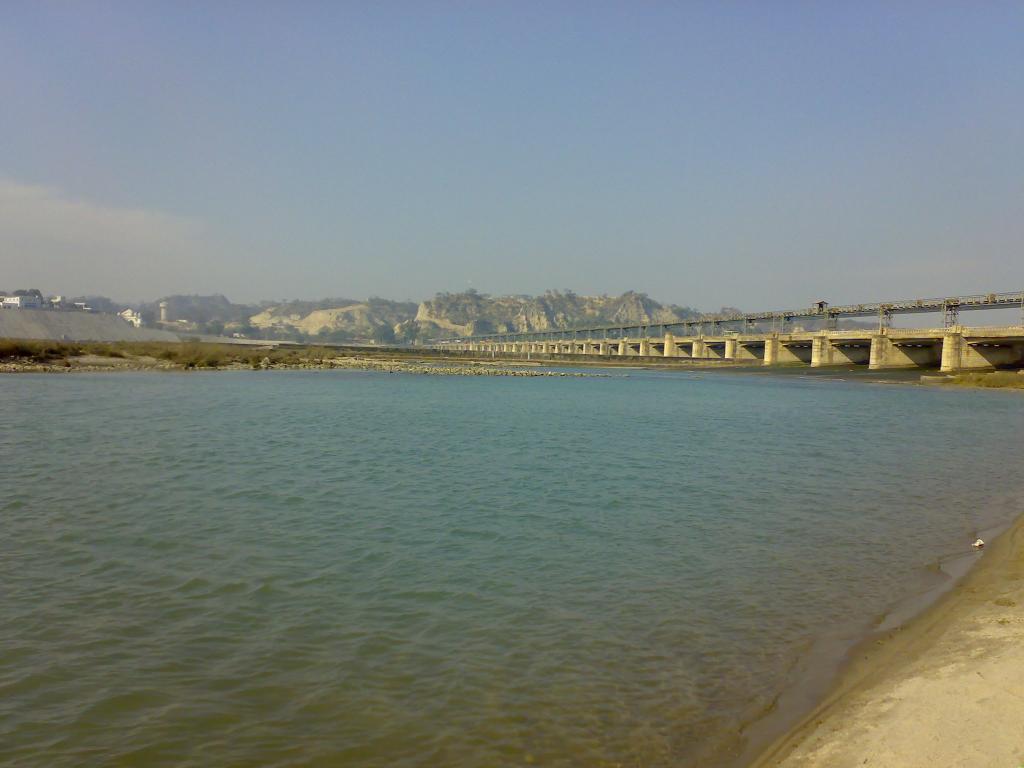 Farmer leaders, political commentators and news reporters have said time and again that it is the collective and united effort of farmers from Haryana and Punjab that is keeping the farmers’ protests going since November, on the outskirts of the national capital New Delhi.

The bhaichara (brotherhood) here refers to the farmers of Haryana and Punjab who have joined hands to fight the battle against the new agricultural laws they want repealed. Post-independence, this is perhaps the only time the two states are fighting on the same side.

Punjab and Haryana have had a long-standing difference over water, in what is known as the Satluj Yamuna Link (SYL) canal dispute. Several stakeholders in the dispute have also brought up the issue in the ongoing farmers’ protests.

On December 20, 2020, the Bharatiya Janata Party held the SYL JalAdhikar Rally, where Mahohar Lal Khattar, the chief minister of Haryana, asked the protesting farmers to also demand the construction of Satluj-Yamuna Link. Earlier, on December 14, a delegation of parliamentarians from Haryana met Narendra Singh Tomar, the Union minister of agriculture and farmers welfare as well as minister of rural development and minister of food processing industries.

The delegation presented him with a representation that brought up the issue of the demand for SYL water. According to the representation:

“SYL is the lifeline of Haryana. For the farmers, the requirement of irrigation water is no less important than the minimum support price... Haryana’s farmers should also be given SYL water so that the 19 lakh acres of land could be irrigated.”

JP Dalal, state minister for agriculture in Haryana, also brought up the matter in a press conference in Gurugram where he urged the farmers to include the YSL issue in their charter of demands.

According to Sombir Sangwan, independent member of legislative assembly, Haryana: “The party in power is trying to dismantle the ongoing protest by dividing the farmers by inappropriately raising the sensitive water-sharing dispute.”

“The timing of these demands and commentary from the BJP clearly indicates that they aren’t concerned about the water sharing rather using this issue to avert the ongoing farmers’ agitation,” Inderjit Singh, vice president of All India Kisan Sabha, Haryana, reiterated.

The SYL dispute, in a nutshell, is about building a canal that will bring Haryana a share of water from the rivers Ravi, Beas and Sutlej, according to Section 78 of the Reorganization Act of 1966. Based on successive negotiations, a 212-km canal was proposed to be constructed to link the Satluj and the Yamuna to bring the water to Haryana.

However, Punjab resisted the moving saying it did not have enough water to share with Haryana.

A major point of contestation was the amount of water to be shared and deferment on the water available in the river. The Interstate River Water Disputes Act, 1956 (IRWD Act), riparian principles and federal governance system rulings are also subject to interpretations as per the convenience of the major stakeholders.

According to the Water Conflicts in India: A Million Revolts in the Making, a pioneering book on the subject, the nature of the water conflict in most cases could be varied but the contestation usually takes place at the time of deficit or excess of water.

But contrary to this, in the case of the SYL canal, almost all the recent key events are aligned with electoral political incidents. And this slowly turned it into less of a water dispute and more of a politicised conflict.

It was in 1966 that the state of Haryana was carved out of Punjab. The new state demanded that the waters from the Beas, Ravi and Sutlej be shared under the Punjab Reorganisation Act. Over the past five decades, judiciary and the legislation have both failed to find any solution to the dispute.

The matter has inevitably become highly politicised. Despite the intervention of the central government and the judiciary, (1976 Central Government Notification of allocating water to Haryana, 1981 Indira Gandhi Accord, 1985 Rajiv-Longowal Accord, 1987 Eradi Commission tribunal Report and 2002 and 2004 supreme court judgement), not much has happened in the matter.

The initial three decades of this dispute were dominated by tribunals, petitions, multi-states negotiation and central government interference. Significantly, the last two decades are predominantly influenced by electoral political incidents.

The series of incidents around SYL establish that the interest to share water is drowned in the sea of maintaining political supremacy and delivering the popularistic choices. And the judiciary is bound to adhere by the political interests at large.

Two things stand tall and clear. One, both states are in need of water and the necessity gets severe in the last few years seeing the high groundwater depletion. Second, throughout the dispute period, the major beneficiaries, i.e. farmers from both states, were never made participants to any negotiation and decision-making. The technocratic decisions prevailed through the course of action.

The comprehensive discussions and sharing arrangement brought by farmers’ collective, farmers’ unions and other beneficiaries can potentially provide a meaningful solution to this water dispute.

The ongoing farmers’ agitation is quoted for strong unity among the farmers from both states. This possibly provides the promising ground for settling the SYL issue in future and saving it from the political jaws.

A similar path was adopted in the Cauvery Interstate water dispute. When all existing institutional and legal mechanisms repeatedly failed to deliver the settlement, a multi-stakeholder dialogue (MSD) was initiated among the all concerned and named The committee of Cauvery Family.

According to professor S Janakarajan, who spearheaded this initiative on behalf of MIDS, the Cavuery Family had reached a consensus on water sharing. But it did not have any bearing on the Tribunal verdict as it did not engage with the Cavuery family.

According to the Interstate water dispute tribunal act, non-state actors have no role in the functioning of the tribunals. Even though the committee hadn’t reached its destination, it provided some significant lesson that can be availed by other such institutional arrangements if opted elsewhere.

KJ Joy, a member of the Forum for Policy Dialogue on Water Conflicts in India, stated in regard to farmers’ union led the negotiation of SYL canal dispute:

“The farmers from both Punjab and Haryana should never allow the ruling political class to divide them and weaken the present farmers’ agitation on the SYL canal. The present unity among the farmers of both the states can be utilised to initiate a dialogue on this issue among them, the primary stakeholders and then come to a negotiated settlement. One of the central gaps in the conflict resolution under the inter state water disputes act is that there is no agreed upon principles and norms of water allocation. The farmers from both the states can work out a hierarchy of principles, like priotisationsation of uses and consideration to future water needs.”

Resolving the SYL canal conflict will ensure an equitable and efficient use of water as well as help in managing the looming water crisis in a better way.