Technological, institutional and policy-based changes can improve the oilseed production in India 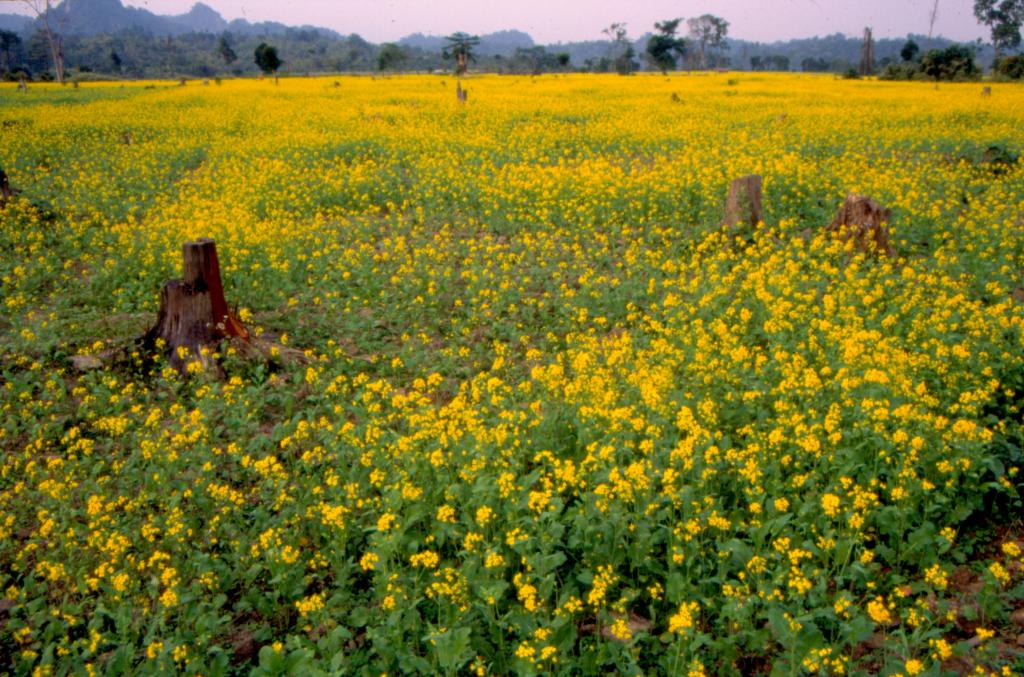 Given the high prices and significant shortage of pulses, and also given the importance of dals in India’s fight against malnutrition, policies and plans for tiding over this crisis are receiving attention in the media and elsewhere. A large chunk of resources in the National Food Security Mission has been earmarked for improving the production of dals, and rightly so. Meanwhile, this should not take away from the need to relook at our oilseeds situation.

The demand for edible oils is increasing exponentially in the country. India’s vegetable oil imports crossed 14.5 million tonnes last year, worth around Rs 66,000 crores or around US $10 billion. It is worth noting that 60 per cent of the edible oil-related imports are of palmolein, with the remaining made up by soybean, sunflower and rapeseed. These developments are interesting to note given that up until 2007-08, India’s edible oil production exceeded its imports - the Oilseeds Mission in the 1980s and 1990s increased the area as well as yield of oilseeds impressively.

While the recommended annual per capita oil consumption is 10.5 kgs, Indians consume 14.8 kgs. Not enough effort is being put to curb unhealthy dietary habits, or ensuring that those who consume lower than recommended levels, get their share of edible oil through the Public Distribution System at subsidised prices.

The issue gets treated mainly as something that has to be addressed by supply side improvements. And it is in this context that the crop developers of a Genetically Modified (GM) mustard hybrid managed to get around hundred crores of taxpayers’ funds to spend on research, development and testing of transgenic mustard. Advocates of this crop are claiming that GM mustard’s approval for commercial cultivation would improve our mustard yields and bring down the country’s edible oil import bill.

In the recent past, we made elaborate presentations to Genetic Engineering Appraisal Committee (GEAC)—the apex regulatory body for gene technology called in the Ministry of Environment, Forests and Climate Change—showing that this particular transgenic mustard does not produce more than well-performing mustard varieties and hybrids released for Indian market recently. In fact, we showed how it was never tested in the first instance against these latest releases to prove its claims of higher yields. We also showed that releasing several public and private sector hybrids did not make any dent in India’s production or yields related to rapeseed mustard. It is to be noted that mustard oil consumption is only 14 per cent of India’s edible oil consumption for various reasons including strong consumer preferences. Importantly, we produced evidence to show that this is a herbicide tolerant GM crop which was never assessed as a HT crop, given the garb of hybrid-enabling transgenic technology.

This piece is not about GM mustard, but about how governments can improve India’s oilseeds production by taking up various measures related to technology, institutions and policy. Provided there is a political will to do so, without giving in to the lure of providing markets for agri-business corporations in the form of herbicide tolerant crops where entities can benefit from both seed and chemical business, and without getting into short term techno-fixes resulting in medium- and long-term catastrophes as has been the case with most agricultural technologies promoted so far. It is time that we realised that there are no silver bullets here.

Mustard experts point out that on at least 2 million hectares of paddy land in India, which remains fallow after the monsoon season of paddy cultivation, relay cropping of mustard can be taken up which will use residual moisture, and could yield an additional 3.5 to 4 million tonnes of rapeseed-mustard. There is proof of concept in place already in non-conventional mustard-growing areas.

There is clear evidence that large scale adoption of agro-ecological methods like System of Crop Intensification (SCI, or also referred to as System of Mustard Intensification when it is deployed in this crop) will not only increase productivity but also reduce use of water resources, and reduce cost of cultivation for farmers. There is now convincing evidence on a large scale from the ground in different states, including official records from Madhya Pradesh government.

It is also seen that groundnut oil production swings up and down on a wide basis with just 20-25 per cent of the crop under irrigation, though yield growth has been significant. Soybean oil, production of which nearly doubled between 2003-04 and 2013-14, has been able to contribute what it did with just less than 1% of the crop under irrigation cover (in contrast, rapeseed-mustard crops have 70-75 per cent irrigation cover). On the ground, there is evidence to show that protective/emergency irrigation that too through participatory irrigation management approaches holds great promise for groundnut and other farmers, while System of Mustard Intensification is throwing up results from large scale experiences in states like Bihar and Madhya Pradesh, which are more impressive in their productivity increases than the ostensible increases from small trials done for DMH11 GM mustard hybrid in a few plots and seasons, that too not against the best and currently popular checks, or latest releases or other hybrids.

It is seen that with better extension systems, that too with downward accountability with the last mile extension gaps plugged as is happening with many agro-ecology centred programmes, productivity can be improved. Here, practising farmers become Community level Resource Persons (CRPs). In fact, it is surprising that the agriculture departments have not put into place this cadre of frontline last-mile workers, whereas in education, health and women & child development, this is a mechanism that is showing great results. Further, as mentioned earlier, community level planning processes and institutional frameworks have enabled better utilisation of scarce resources like groundwater for emergency irrigation for groundnut cultivation in states like Andhra Pradesh. These need to be replicated on a large scale.

It should be remembered that with low levels of import duties fixed, cheap oil—especially in the form of palmolein—is flooding the market, and this in turn does not enthuse farmers to plant more oilseeds. Remunerative prices or procurement are not assured for them, either in the import-export policies or domestic pricing and procurement mechanisms. In such a context, increased production does not necessarily translate to increased net returns for farmers.

Meanwhile, it is also seen that India’s cotton area went up by nearly 4 million hectares and by 2 million hectares during the past 15 years or so - proper land use and crop planning that prioritises oilseeds and prevents land use diversion would have ensured extra 5 million tonnes of oil through domestic production in this additional area that went into cotton and maize cultivation, egged on by programme and policy support. The importance of increasing area under mustard cultivation cannot be overstressed.

To make oilseed cultivation remunerative for farmers, it is important that the market is not flooded by cheap oils from elsewhere as well as to ensure that remunerative markets are provided to our oilseed producers (procurement at prices that are fair and remunerative will also allow us to ensure that poor consumers have access to healthy edible oil through PDS). We need to incentivise the very cultivation of oilseeds on a per hectare basis.

This brings us to a very important question around our transgenic regulatory regime: why is it that the impact assessment regime does not begin by asking if there is a need for the transgenic option in the first instance, and whether there are other viable and feasible alternatives?

It was way back in 2004 that the Indian government adopted the recommendations of the Task Force on Application of Agricultural Biotechnology headed by M S Swaminathan. One of the foremost questions dealt with by this Task Force was around when and where should transgenics be deployed. The Task Force concluded that it should be the last resort where other options for a given problem are neither available nor feasible. However, in the context of GM mustard, the narrative that is being woven is that without GM mustard hybrid, India’s oilseed production problems cannot be solved. To look at seed-based solutions for various complex problems in our food and farming systems is faulty and misleading.

It is time that public funds are spent on lasting solutions for India’s edible oil crisis, not on hazardous distractions that are irreversible in nature.