Cotton is an important fibre crop in Maharashtra, with more than four million farmers engaged in cotton farming

Women cotton framers being trained on package of practices in a farmer field school. Photo: Action for Agricultural Renewal in Maharashtra (AFARM)

Maharashtra saw a 23 per cent increase in the sowing of kharif crops this season, compared to last year. Sowing was complete on 12.9 million of the 14.2 million hectares (ha) net sown area as of July 31, 2020, government data showed.

A good spell of monsoon was the primary reason for the increase in sowing this kharif season, according to data from the India Meteorological Department, Pune.

Maharashtra received 17 per cent excess rainfall this season. It is, however, important to note two districts — Yavatmal and Akola in the Vidarbha region — faced a rainfall deficit of 25 per cent. The region is a major cotton-growing belt with an area coverage of around two million ha under cotton cultivation.

An analysis of rainfall patterns indicated Yavatmal faced less than average rainfall for seven of the past 11 years (2009-2019). Irrigation for the cotton crop at the flowering and the ball formation stage is essential for development of the crop. It is at this stage that a dry spell can bring trouble for the crop, impacting its yield.

Varsha Vade, a cotton cultivator in Donoda village of Kalamb block in Yavatmal district, recalled last year’s situation. “Our village faced less than average rain during the monsoon. Surface water sources in the villages did not have enough water to support the irrigation needs of all the farmers,” Vade said. “In addition, only a handful of farmers had access to groundwater-based irrigation to support critical irrigation,” she added.

The Institute for Sustainable Communities (ISC), along with its partners, engaged with cotton farmers in the district to reduce the environmental footprint of cotton cultivation (using less water, fertilisers and pesticides) and enhance the sustainability of water sources through demand- and supply-side measures.

The programme involves working with farmers to map out the status of water resources and larger watersheds in villages, including identifying key trends related to changes in weather and cropping patterns.

This is followed by an assessment of the region’s hydrology and geology using primary and secondary data. Villagers are, thereafter, engaged in calculating their annual water supply from rainfall and surface water sources and domestic, agricultural and livestock demand to estimate the annual water budget (surplus or deficit).

Sharda Pise, a krishi sakhi — farmer friend or village-level extension worker trained under the programme — recalled how the water-budgeting exercise was an eye opener for farmers:

We weren’t aware that more than 95 per cent of total water use in our village was for agriculture. This made us think about reducing water use for irrigation. We are seeing an increasing trend in the usage of groundwater, especially to meet the critical irrigation needs. If we are able to save water in agriculture, we will be able to secure water in our water bodies.

Reduction in environmental footprint is brought about by promoting a package of practices (PoP), lowering input use. Farmers were made aware of the negative impacts of the overuse of water, fertiliser and pesticides.

Measures for reducing water use outlined in the PoPs included in-situ soil moisture conservation, application of organic manure, inter-cropping and furrow and alternate furrow irrigation. These practices are showcased in demo plots where the farmers are trained through farmer field schools. 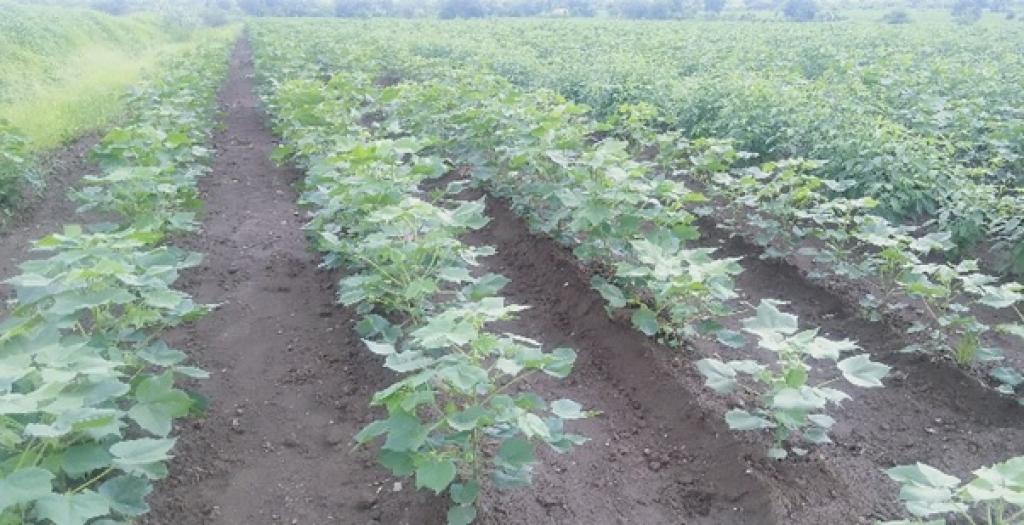 The efforts yielded good results and farmers were able to reduce the blue-water footprint by 12 per cent and increase water productivity by 37 per cent in intervention villages.

Greenhouse gas (GHG) reduction due to a reduction in the use of nitrogenous fertilisers was around half. There was an average 16 per cent increase in yield and reduction in cost of cultivation by around Rs 5,500 per acre.

The aspect of GHG reduction is particularly important for the cotton crop, given the share of GHG emissions from cotton cultivations at a global level was 0.3 per cent and one per cent of total global GHG emissions.

While efforts on demand management enabled reduction in water use for cotton farming, it was equally important to work on enhancing supply. A geo-hydrological mapping exercise enabled ISC to earmark favorable areas for recharge and surface storage across all project villages.

Village water security plans — that aimed to use partial funds from the project and the remaining from government schemes for source-strengthening measures — were developed based on the findings of the geo-hydrological mapping, in partnership with Gram Panchayats.

In Donoda, a plan for deepening, widening and de-silting work on a stream was finalised. The potential storage was estimated to be 1.1 million litres, which will help provide irrigation to an area of 120 acres benefitting at least 60 farmers. 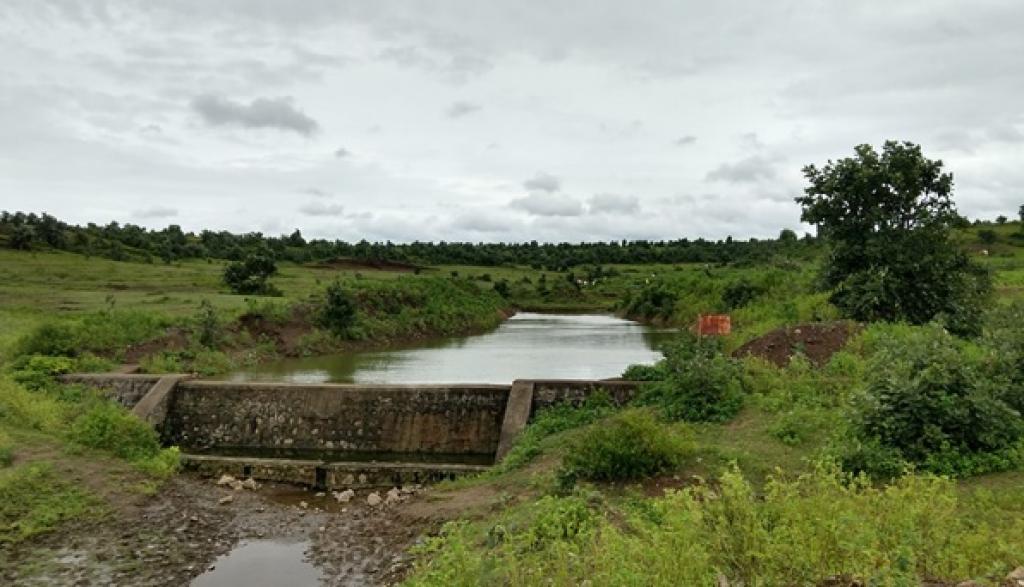 Awareness camps were regularly conducted in the village using information generated to make people aware of the current state of water resources and ways to conserve water in agriculture and within households.

While initial results were encouraging, efforts need to continue to sustain this behavior change and make a positive and lasting impact on the state of water resources. Cotton is an important fibre crop in Maharashtra, with more than four million farmers engaged in cotton farming.

It also estimated the frequency of droughts was likely to increase. Given this scenario, it is imperative for us to engage with farmers to build a better understanding of local water resources and plan for water conservation and management.