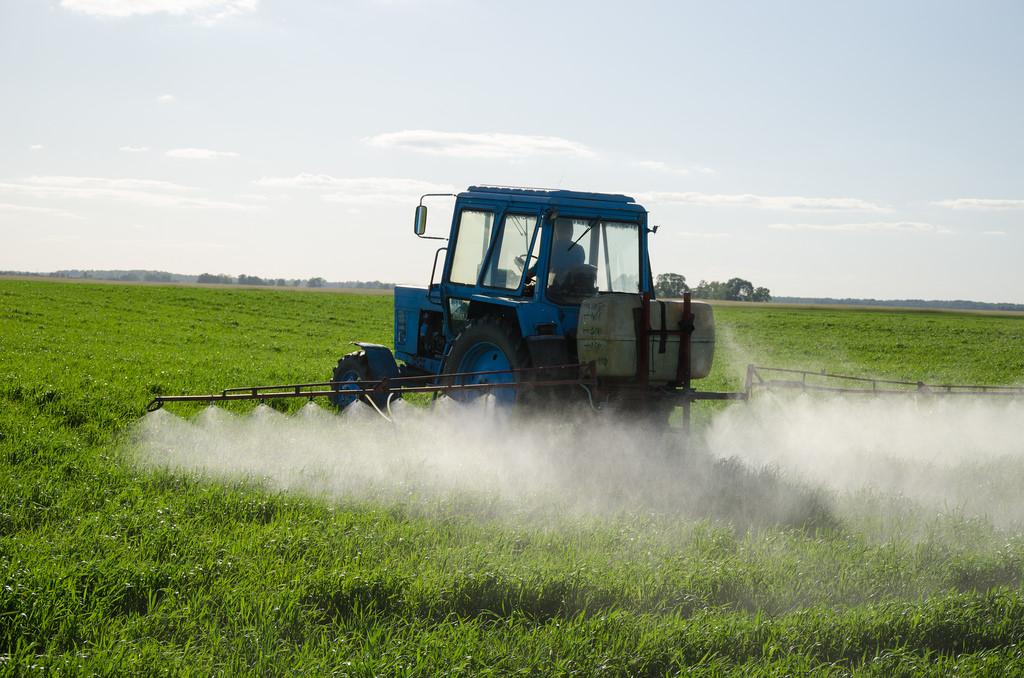 Every year in India, pesticides cause 92,000 suicides. Credit: aqua.mech/Flickr

(The author is Policy Director, Centre for Pesticide Prevention, University of Edinburgh, UK).

Highly Hazardous Pesticides (HHPs) not only harm our health and environment and pollute our food and water. They also cause over 110,000 suicide deaths globally each year.

Out of the 800,000 individuals who die from suicide worldwide each year - one death every 40 seconds - about 15-20 per cent die from pesticide self-poisoning. From 1990-2007, pesticide suicides accounted for 30 per cent of all suicides annually, comprising an estimated 300,000 deaths per year globally. Although currently lower, in the WHO South East Asia region, it likely causes around 38.5 per cent of all suicide deaths. In India, pesticides are considered to cause around 92,000 suicides every year.

Since small-holder farmers in India use high strength pesticides and fertilisers to increase farm productivity, the ready access to and wide availability of HHPs make them an easy option for poisoning during acute crises. In comparison with developed countries, where agricultural strength pesticides are only available to licensed workers and where few people now work in agriculture, HHPs are freely sold in shops and stored in homes in rural communities in India.

Unlike relatively low toxicity medicines commonly used for self-poisoning in the West, HHPs are typically lethal if ingested. This means that fatality of self-poisoning is much higher in agricultural communities than in industrialised countries, with resulting high rates of suicide.

A large proportion of pesticide suicides are impulsive, with a person contemplating suicide for less than 10 minutes. Most persons who engage in suicidal behaviour do not want to die, with self-harm serving as a response to psychosocial stressors. If a person is prevented from using a highly lethal method, they may use a method with lower lethality, with an increased chance of survival, or the suicidal impulse may pass. Surviving a suicidal period allows the person to find support from family, community, and medical/psychological services and other ways to deal with the stress.

At the Centre for Pesticide Suicide Prevention (CPSP), a research and policy initiative of the University of Edinburgh, UK, we are trying to address the problem of pesticide suicides. Formed in 2017, the centre aims to substantially reduce the global number of suicides that occur after intentional ingestion of pesticide.

In its project in India, CPSP aims to identify the HHPs currently responsible for the majority of pesticide suicides. The organisation plans to collect clinical and pesticide data for pesticide poisoned patients, after due obtaining due permissions, and present to 22 hospitals spread across rural India. This data will be analysed and presented to India’s pesticide regulators in India t help them make informed decisions.

One of the goals of CPSP in India is to study the effects of the recent ban of 12 and phasing out of six pesticides. These pesticides - particularly methyl parathion, phorate, phosphamidon and dichlorvos- have caused hundreds of thousands of deaths in India, from occupational use, childhood accidents, and most commonly suicide. While the decision to ban these HHPs was long overdue, other HHPs that harm health and the environment remain in agricultural use in India.

Some pesticides that the Anupam Verma Committee recommended for review in 2018, including monocrotophos, carbofuran, dimethoate, and quinalphos, and others not reviewed by the Committee are simply too toxic to be safely used and stored in poor rural agricultural communities. The government needs to develop a comprehensive response to the issue of highly hazardous pesticides in India.

CPSP is implementing a highly effective approach in reducing global suicide numbers, called means restriction. Pesticide related suicides reduced in the UK after the domestic gas supply was made less toxic and in Asia after HHPs were removed from agricultural use. Restrictions on the import and sale of HHPs have been followed by not only by falls in the number of people dying from pesticide self-poisoning but also dramatic falls in the overall suicide rate, from any cause.

The best evidence comes from Sri Lanka. After introducing HHPs into small-scale rural agricultural practice in the 1960s, the suicide rate increased from 5/100,000 people (older than 8 years) to 57/100,000 in 1995. The Pesticide Registrar banned parathion and methylparathion in 1984 and then all the World Health Organization (WHO) Class I toxicity pesticides in 1995, following which there was a sudden, rapid fall in total suicides.

Subsequent bans of WHO Toxicity Class II pesticides endosulfan (in 1998), dimethoate, fenthion, and paraquat (in 2008-2011) has led to further major reductions in case-fatality for pesticide poisoning and suicides. The overall suicide rate is now 17 per 100,000 - a 70 per cent reduction over 20 years - and continues to fall.

This means that both State and Central government do not have the evidence with which to make informed policy decisions. Such systems need to be put in place along with the ongoing review of bans for the highly hazardous pesticides still in use.