This can help in targeting global export market, thereby feeding the world population and getting valuable foreign exchange for the country 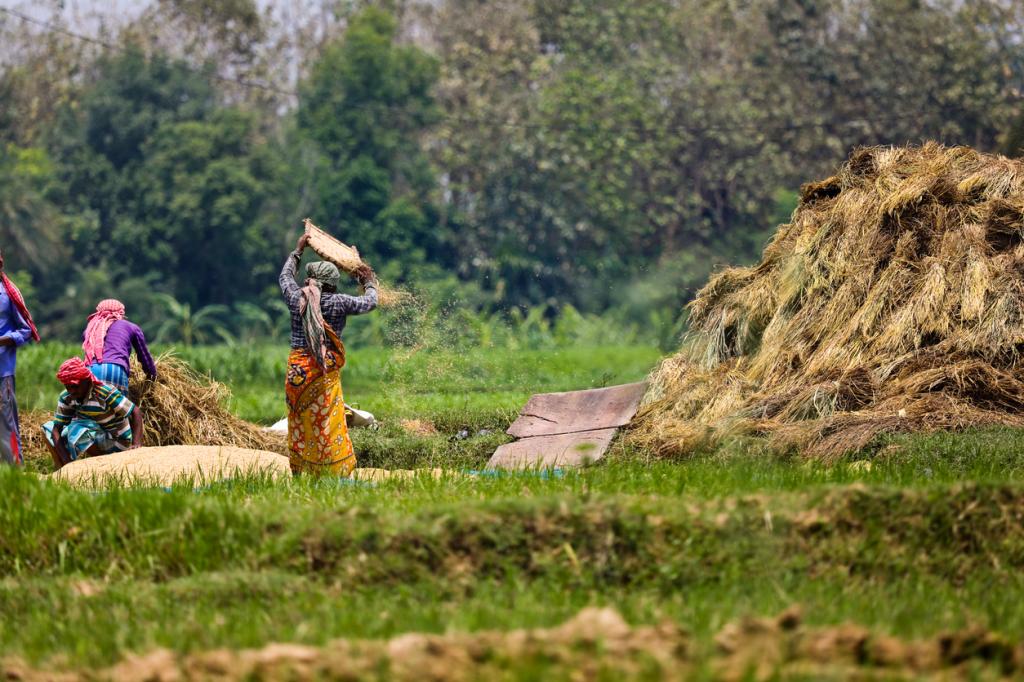 Till the early 1960’s, the predominant mode of cultivation was what is now called “organic farming”, with no synthetic fertilisers or pesticides available or known.

At that time, farmers relied on cow dung, twigs of leguminous plants like Crotalaria juncea, Tephrosia, neem and jeelugu. These materials mulched the fields ploughed for rice plantation. Oil cakes of groundnut, castor, neem were also used which is a good source of nitrogen.

Since the use of urea from the beginning of the 1960s, nitrogen, phosphorus and potassium-based fertilisers became available after the establishment of industrial plants at Sindri (Bihar) Udyog Mandal (Kerala).

Fortunately, in this decade, synthetic pesticides like dichlorodiphenyltrichloroethane (DDT), endrin, and others entered the market. Another spectacular discovery was that of the high-yielding hybrid wheat and rice. The high-yielding wheat was discovered by Norman Borlaug (Nobel Prize winner) and was rapidly adopted by India largely due to the pioneering work of Dr Swaminathan and MV Rao.

Swaminathan is remembered as the ‘father of Green Revolution’ and Rao as the “wheat man of India”. With hybrid varieties and synthetic fertilisers and insecticides, the production of rice per acre increased to 40 quintals from 10 quintals, a tremendous victory in fighting hunger.

There were also some setbacks during the 1960s and 70s. India’s budget (read agriculture) is dependent on the monsoon season, as George Curzon pointed out in 1905.

Due to drought from 1964-70, India had to import food and became heavily dependent on the United States for wheat supplies under the Public Law 480 agreement. At one time, we were eagerly waiting for the arrival of a ship full of wheat at the Mumbai port. The late former Prime Minister Lal Bahadur Shastri gave a call to “miss a meal” on Monday nights as a part of the Jai Kisan movement.

Ultimately, the Green Revolution was initiated. The theme of the initiative was to boost food grains production of rice and wheat using any method and at any cost.

DDT was found to be non-biodegradable and its remnants were traced everywhere — in our body, soil and water. Studies showed its effects on liver and kidneys, including causing cancers.

Scientists rapidly found alternatives and advocated Integrated Pest Management (IPM). IPM is a need-based use of pesticides, alternating crops, intercropping as well as usage of bird perches where birds rest, detect insects on crops and eat them.

After DDT, other insecticides like monocrotophos, metasystox, cypermethrin came into use but these are equally harmful to humans, livestock and fish.

The “turn to nature” to get pesticide-free food has become a priority. The order of the day is organic farming — natural farming or zero-budget agriculture — which is welcome and most wanted in the agriculture sphere.

The first and foremost sound solution is the usage of organic manures from compost, cow dung and ploughing and mulching of leguminous plants. Several plant-based botanical pesticides were discovered. Neem oil, neem kernel extracts, which contain azadirachtin, is the active principle discovered by Germans, the United Kingdom and US.

Neem revived the hope of using harmless pesticides but its availability is very low. Several commercial formulations were available in India. Karanj oil (Karanjin active principle), several leaf extracts like Adathoda and garlic-buds aqueous extracts are found to be effective to some extent as active repellants but they cannot replace synthetic pesticide.

There is a growing awareness in India to cultivate the crops by natural fertilisers such as cow dung, leguminous green manures, compost, vermicomposting and biopesticides fungi, bacteria and virus-based  pesticides like Bacillus thuringiensis, Pseuedomonas aegle, Trichoderma verdi.

These bio-pesticides are chiefly produced from diseased insects and soil, among other things. However, it only has limited use on too few fruit and vegetable crops. The problem with the bio-pesticide production is that it is confined to a small industry with no standardisation and doubtful efficacy.

Several symposia are held by non-governmental organisations, ideal farmers and governments. Many agricultural magazines hail the miracles of higher yields from organic farming. Particular mention should be made about jeevamrutham — a recently designed concoction called Ramabanam, which gained prominence. These concoctions are made from jaggery, ginger, cow milk, cow curd, cow dung, cow urine, asafoetida. All the ingredients are mixed and fermented for a week, diluted and sprayed on crops.

It is claimed that the product can be used as a fertiliser and a pesticide. The farmers who experimented were quick to endorse the products. Their studies on organic farming presented in symposia on organic farming, however, were confined to few vegetables like tomatoes over a limited area. The yield, the farmers said, is high but not quantified with randomised block design studies.

The active principle of such concoctions is unknown and doesn’t stand scientific security. Moreover, the cost of these concoctions is as high as pesticides and starting products like cow dung are not available in plenty as of today.

For about 90 per cent Indians, rice or wheat are almost exclusively the staple food. So, encouragement of organic farming in a country like India will be meaningful, if applied for rice / wheat. Studies on these crops should also be prioritised.

The inconvenient truth, as many farmers put it, is that the land is infertile now without urea in the first few days of rice plantation, and with no application of synthetic pesticides, the entire crop is prone to pests resulting in no yield.

The challenge for agriculture scientists is how to maintain the current volume of yield (40 quintals per acre) with organic farming. We need to take with caution some sporadic success stories of organic farming on vegetables and fruits grown in an acre or two.

Thus, all the available tools we have with us, like bio-fertilisers, bio-pesticides, green manure and vermicompost, their limitation is discussed herein. Constraints of sustainable organic farming are:

The staple food for cattle is rice straw. While we claim rice production is high and in surplus, the cost of rice remains very high and is not affordable for the poor man. Thus, the increase of cattle population is linked to paddy by rice production. Both are interlinked.

Quantification for pesticide residues in food should be done by High Performance Liquid Chromatography / Mass Spectra / Mass Spectra (HPLC / MS / MS) method. The sophisticated method has been adopted by advanced countries but is still not in use in India.

Compost from urban areas and vermicompost, in particular, don’t seem to have been examined for pesticide residues and harmful trace elements such as arsenic, cadmium, mercury and lead is needed by using HPLC /MS / MS method and atomic absorption spectroscopy.

Introduction of transgenic varieties is not recommended for organic and natural farming. Therefore, it is wise to use the first three sprays on crops with natural organic materials and the last two sprays with synthetic pesticides.

Research on organic farming should be done using robust scientific methods only. Surprisingly, rice was found to contain high pesticides and trace elements.

This technique should be standardised in India. Our slogan should be “natural and organic farming with high yields at an affordable price to the common man”. India’s wheat exports surpassed $872 million (2021-22) and rice exports in 2021-22 is likely to surpass the record $10 million, according to the agriculture department of the Government of India.