Assured net income, including assured minimum support price for crops, can put an end to farmer suicide cases in India

Farmers are in reality the victims of a flawed economic design. Credit: Getty Images

Almost eight years ago, Avtaar Singh committed suicide after he failed to repay farm loan. In November 2017, his two sons, 40-year-old Roop Singh and 32-year-old Basant Singh, followed suit by jumping into the Bhakra canal. They were residents of Patiala district of Punjab. Together, the brothers owned some 1 hectare (ha) of farmland and had taken another 12 ha on lease. Yet they were unable to generate profits, and the outstanding debt continued to swell. After all, how long could they draw credit from multiple sources to repay the initial loan amount? The vicious cycle of mounting indebtedness eventually took its toll, and consumed two generations of the family.

The tragedy that struck the family in Punjab symbolises the agony that the entire farming community of the country is living with. Hardly a day goes by without reports of farmers committing suicide hogging the headlines. In the past 21 years, more than 320,000 farmers have taken their own lives in one part of the country or the other—this means every 41 minute a farmer is ending his life somewhere in the country. Those who have refrained from taking the extreme step fare no better. They continue to somehow survive, living in acute distress, and hoping against hope. Several studies have shown that 58-62 per cent of farmers go to bed on an empty stomach.

Farmers are in reality the victims of a flawed economic design. A recent report by global analytical company CRISIL points to the denial of the rightful income to farmers as the major reason behind the agrarian crisis sweeping through the country. “While the average annual growth in the Minimum Support Price (MSP) [for crops] was 19.3 per cent between 2009 and 2013, it was only 3.6 per cent between 2014 and 2017,” the report states. My analysis shows that this minimal increase in MSP does not even correspond to the annual rise in the dearness allowance (DA is a cost of living adjustment allowance) received by government employees. In 1970, school teachers were receiving about Rs 90 a month. Their salary jumped by 280 to 320 times by 2015. During the same 45-year period, the salary of government employees increased by 120 to 150 times; and that of college professors by 150 to 170 times. On the contrary, wheat price for farmers has increased by just 19 times during the period.

Let’s see whether their net returns have increased. In Maharashtra, which has been facing massive silent protests by Marathas, the net return per hectare of paddy is Rs 966, according to the Commission for Agricultural Costs and Prices (CACP) that computes the net returns. This means, if a farmer worked on a monthly basis, his income would be less than Rs 300 per hectare. For cotton, the net return is Rs 2,949 per hectare. But considering that cotton is sown in June and harvesting begins in October and often continues till January, the average monthly income comes to a paltry Rs 700 per hectare. For certain crops, Maharashtra farmers actually incur losses: Rs 10,674 a hectare for ragi (finger millet), Rs 5,873 a hectare for moong (green gram) and Rs 6,663 a hectare for urad (black gram). This, I believe, is the primary reason for the discontent in the state.

Viewed from the national level, the net returns for crops like paddy, sugarcane, maize and cotton have actually declined in the past three years. The returns are in the negative for most dryland crops. If the farmer is destined to harvest losses, I wonder what kind of technological and financial support can bail them out. Access to more credit, even if it comes from institutional agencies like banks, has only pushed them further into the debt trap. As former Prime Minister Chaudhary Charan Singh once remarked: “A farmer is born in debt and dies in debt.” 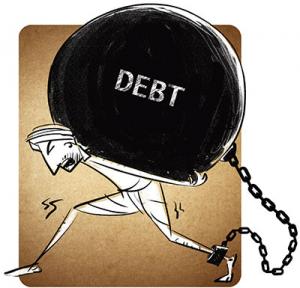 The mandate for CACP, which works out MSP, is not only to provide an assured price to farmers but also to ensure that it does not lead to inflationary pressures. The prices therefore are deliberately kept low; in many cases the prices are even less than the cost of production. This economic design is not peculiar to India; it is global. This is the reason, John F Kennedy had once said: “Farmer is the only man in our economy who buys everything at retail, sells everything at wholesale and pays for freight both ways.” But what is not being realised is that farmers in the US or in Europe receive massive subsidies, including Direct Income Support, whereas Indian farmers receive only input subsidies that in reality benefit the manufacturers.

In fact, successive governments have conveniently passed the burden of keeping food prices low on to farmers. In other words, it’s the farmer who bears the entire cost of subsidising food for consumers. Farmers are deliberately paid less, kept impoverished. Still, what farmers do not realise is that every time they take to cultivation, they actually cultivate losses. Farm income remains almost frozen or bare enough to cover only the cost of production. Keeping food prices low is also in consonance with the dominant economic thinking aimed at drastically reducing the workforce in agriculture.

This is what the World Bank had desired way back in 1996. It had expected 400 million people to be moved out from rural to urban areas in India by 2015. Since every World Bank loan comes with 140-150 conditionalities, each loan re-emphasised the urgency to move farmers out of agriculture. Former Prime Minister Manmohan Singh had time and again expressed the need to shift 70 per cent farmers to urban areas. Former Reserve Bank of India Governor Raghuram Rajan used to say that the biggest reforms would be when farmers are moved out of agriculture, to meet the ever-growing demand of cheaper labour for the infrastructure industry. The National Skill Development Council already has spelled out plans to bring down the population in farming from the existing 52 per cent to 38 per cent by 2022.

Small wonder then debt and farming have now become synonymous. Seventy years after Independence and 51 years after the Green Revolution was launched, economic freedom continues to elude farmers. Economic Survey 2016 made it abundantly clear. According to the survey report, the average income of a farming family in 17 states does not exceed Rs 20,000 a year. In other words, farming families in roughly half the country are surviving on less than Rs 1,700 a month. Knowing that the amount is highly insufficient to even rear a cow, I shudder to think how these families manage to survive year after year!

It is believed that expanding irrigation and improving crop productivity are the ways to enhance farmers’ income. If irrigation and high productivity alone could raise farmers’ income, I see no reason why Punjab has lately turned into a suicide hotspot. Almost 98 per cent of the cultivable area in the state is under assured irrigation. With wheat productivity of 4,500 kg per hectare and rice productivity of 6,000 kg per hectare, agricultural output of Punjab tops the global list. Yet, the state is witness to a spate of farmer suicides every week, and planners have refrained from looking beyond raising crop productivity as the answer to the worsening agrarian crisis.

I am of the firm opinion that a tinkering here and there is not going to alleviate the situation. It needs a holistic approach, a paradigm shift in economic thinking. To begin with, the effort should be to make farming economically viable. After all, everything boils down to the net income of the farmer. And, here are a few steps that immediately need to be considered:

The author is a food and trade policy analyst

(This story was first published in State of India's Environment 2018)