Looking at the farm laws from an economic perspective 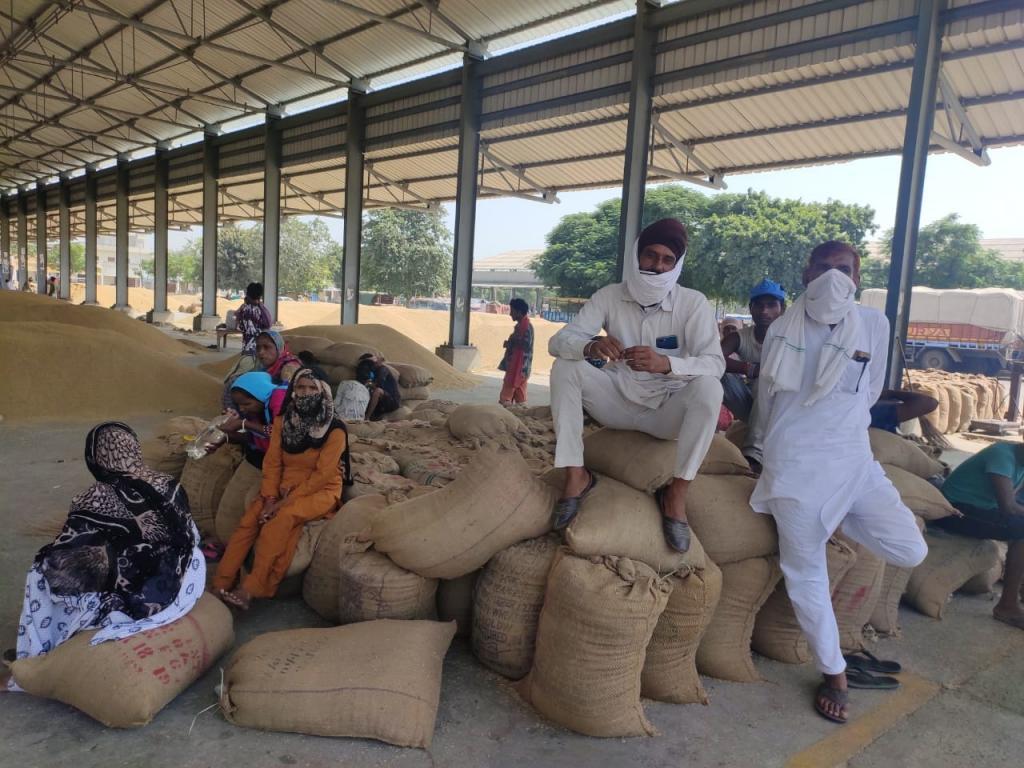 Farmers who sell their produce to mandi merchants, or ‘arhatiyas’, at agricultural produce market committee (APMC) markets still receive informal white slips with the transaction amount scribbled on them, making the record non-transparent.

The purpose of the new farm laws is to end the historic exploitation of farmers at the APMC markets and free them from the clutches of the middlemen.

The following points demystify the farm laws from an economic perspective:

1. Economic history of exploitation at mandis:

Fifty-five years since the APMCs were introduced, the country's farmers are still receiving a low share of the consumer's rupee as indicated by an Reserve Bank of India study covering mandis in 16 states, 16 food crops and 9,400 farmers, traders, retailers.

The provision of MSP alone will not ensure farmers to draw a greater share of the consumer's rupee because supply is greater than demand.

The demand is also influenced by schemes such as national food security mission, where food grains are offered free or at low prices. When rice and wheat are offered virtually free of cost, why will the consumer buy ragi, jowar, bajra at a higher price?

Injecting competition by widening farm markets will benefit farmers which the three farm laws aim at.

The APMCs still don't issue formal receipts which are supposed to mention the price, quantity or quality of the produce.

Further, due to interlocked markets, farmers are forced to sell to those middlemen who they have borrowed money from, starting off a viscious circle of exploitation in times of distress sales.

Buyers make a large income from informal lending. Such illegal paired with unfair deductions, undercover sales, cartels and collusions at APMCs have continued denying remunerative prices to the farmers.

Due to green revolution technologies, supply has increased but is limited to APMCs for handling. This causes the prices to be capped at a lower value. Permission to buy or sell outside APMCs will benefit farmers by creating new supply or value chains.

The nominal protection coefficient (domestic price divided by international price) for agriculture is 0.87. This implies that farmers can get at least 13 per cent higher prices in international markets by exporting.

Farmers’ right to sell their produce to whomever, wherever, whenever and in whichever quantity cannot be infringed upon. The elasticity of price transmission between  that at APMCs and farmgate price (market value minus selling cost) is impressive. Thus, buyers outside APMC will have to compete with APMC prices and vice versa to attract farmers’ produce.

5. No interference with state

Entry 26 of the state list enables states to regulate trade in agricultural commodities within their boundary. But this is subject to entry 33 in the concurrent list, which allows both the Centre and the states to frame these regulations.

Such market reforms can double far incomes. Also, with Article 249, the Centre can enact law in national interest of saving farmers from exploitation by middleman.

Allowing buyers outside APMC mandis promotes competition and halts exploitation. At present, while consumers are paying higher price, farmers are still receiving lower returns due to inefficiencies and imperfections. Thus, setting the markets right is crucial through the new laws.

Unified market platform (UMP) in Karnataka resulted in increase of prices by 38 per cent. This implies that current market prices are depressed by 38 per cent due to lack of adequate competition. Opening up the markets can push the APMCs to offer competitive prices.

Competition in procurement and distribution cost can also reduce from 30 per cent to 15 per cent.

Economic reforms in Bihar in 2005 that removed the APMC act resulted in impressive agricultural and overall performance.

Between the pre and post-reform period, average wholesale price of paddy increased by 126 per cent, maize by 81 per cent and wheat by 66 per cent.

Contract farming enabled farmers to offer produce at a predetermined price. When the market price is above contractual price, farmers have the liberty to sell at the higher price.

Small farmers have benefitted more than large farmers in contract farming as income derived per acre was the highest for small farmers.

Agricultural markets are starved of capital, competition and commitment. Capital injection postpones operation of the law of diminishing marginal returns.

The gross private capital formation in agriculture is 75 per cent. Investment in marketing infrastructure, processing, logistics benefits society, where private sector has potential. For these, political will is crucial and hence, the Union government should not repeal the three laws.

Farmers cannot be left to the free will of competitive markets due to skewed asset distribution. A national body, national agricultural marketing board similar to TRAI and SEBI, needs to be created to enhance the bargaining power of farmers and protect them, along with purchasers, sellers and consumers from possibilities of exploitation.