To make this scheme really attractive for farmers, various serious measures need to be taken 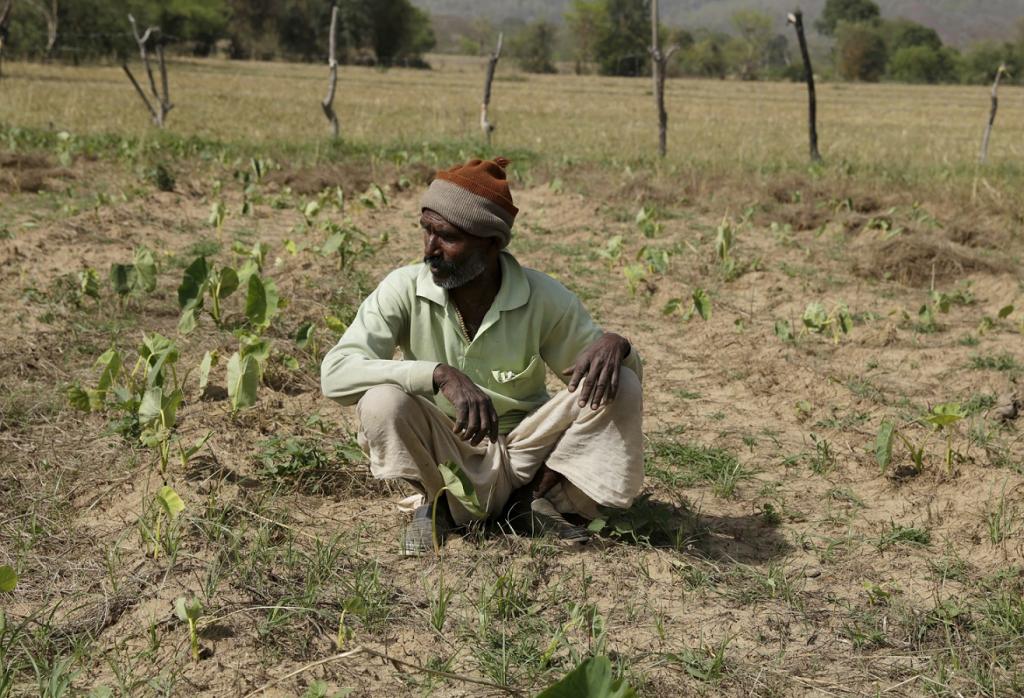 The Economic Survey 2018 clearly says that long-term weather patterns implies that climate change could reduce annual agricultural incomes in the range of 15 per cent to 18 per cent on average, and up to 20 per cent to 25 per cent for unirrigated areas in India. This brings the focus on existing relief and compensation mechanism to deal with crop losses in India.

Studies have shown that existing relief and compensation mechanism for farmers against crop loss is ad hoc, chaotic and politicised and has failed to bring timely and adequate help to affected farmers. Therefore, expectations from recently launched flagship crop insurance scheme increased, to provide timely and adequate compensation to affected farmers.

Previous year’s budget estimations to crop insurance schemes in India can be seen from figure 1. 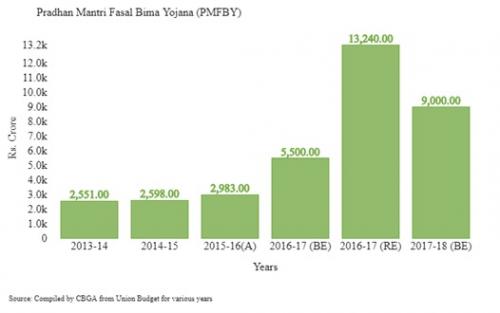 Crop insurance coverage has increased in recent years. Government has further targeted at increasing the coverage. In Budget 2018-19, allocation to the PMFBY scheme  is  Rs 13,000 crore and a target of increasing coverage to 98 million ha gross crop area has been set.

To make this scheme really attractive for farmers, various serious measures need to be taken.

Currently insurance unit is at village level. This is the single biggest factor that demotivates farmers to apply for this scheme, results in small coverage of non-loanee farmers. Crop insurance coverage in India has increased in recent years mainly because of compulsory crop insurance provisions for loanee farmers, who have taken institutional farm loans through Kisan Credit Cards.

Keeping insurance unit at village level means, insured farmers even with 100 per cent crop loss might not be eligible to get any claim at all, if there is no loss in sample farms selected for crop cutting experiments.

In an entire village panchayat, random sample from only four farms are taken, which determine, if any farmers of that village panchayat will get any claim. Hence, this scheme does not guarantee relief for individual farmer in the event of crop loss. Bringing insurance unit at individual farm level is a major technological challenge, which should be addressed at the earliest.

Reduce the scope of moral hazards at different levels

Issue of moral hazards remains at different levels of implementing PMFBY. Sources from insurance sector say that risk of moral hazard increases manifold if the insurance provider is a private company, as it is under pressure to focus more on increasing profit unlike the public sector companies. Some of the issues that have become evident, include ghost farmers, manipulation of crop cutting experiment data at village/district level to show minimum crop losses, collecting more insurance premium in low-risk areas through informal middle men from banks, not entertaining or wrongly rejecting claim applications of eligible farmers under individual cases like localised calamities, and a non-effective grievance redressal mechanism for farmers. Even some state agriculture department officials have shown displeasure regarding the failure of insurance companies in fulfilling PMFBY operational guideline requirements.

There has been significant delay in claim payment to farmers even for Kharif 2016 and Rabi 2016-17. There should be strict compliance of timelines with regard to the process of claim settlement to provide adequate and timely compensation to farmers.

A limited number of crops are notified by states under PMFBY. Only these crops can avail of insurance. This can act as an impediment to crop diversification. PMFBY will have to make insurance relevant to farmers by including more and more crops under notification and by allowing insurance for mixed cropping.

The grievance redressal system to address farmers’ complaints is either non-existent or too complicated. Dedicated common toll-free numbers should be channelised to address all queries, concerns and grievances of farmers with respect to crop insurance. This toll-free number should serve as a one-stop solution for crop insurance. Farmers should be able to avail of a single window that is accountable to them for all aspects of the scheme.

CAG report, titled “Report of the Comptroller and Auditor General of India on Performance Audit of Agriculture Crop Insurance Schemes - Union Government (Civil), Ministry of Agriculture and Farmers’ Welfare, Report No. 7 of 2017, (Performance Audit)” released in July 2017, had raised serious concerns on the way crop insurance schemes are being implemented in India.

Unless these serious issues are addressed adequately, doubts will remain about the scheme’s utility for the farmers. Farmer activists’ allegations that this scheme will benefit insurance companies more than the farmers  may come true.