Monsanto must review its glyphosate-based herbicide

Farmers should also limit or avoid its use 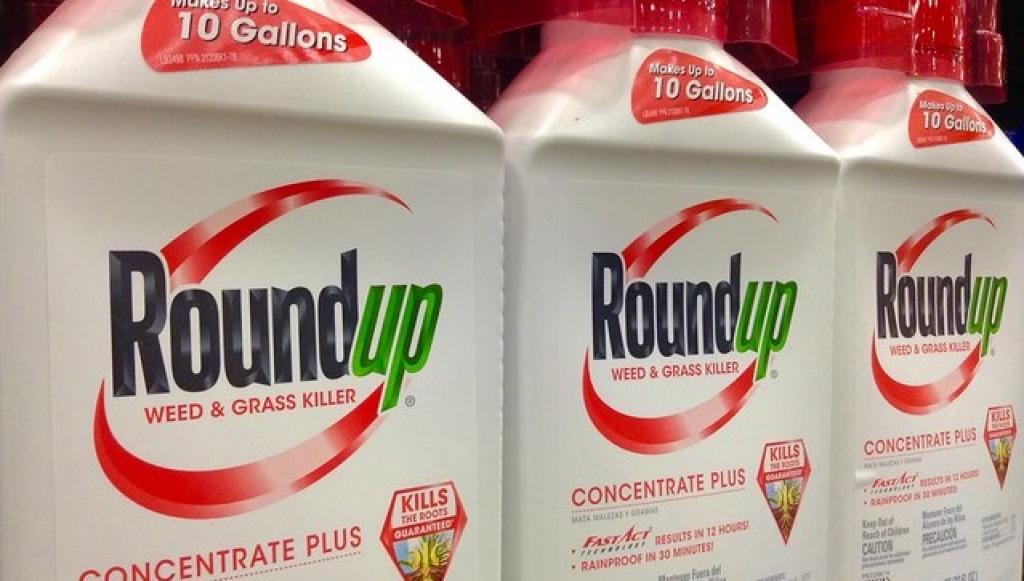 I was diagnosed with multiple sclerosis 10 years ago, and of late I see a lot of advice about eating clean, which could mean being vegan or eating paleo – but what it definitely includes, irrespective of type of diet, is eating food that’s gluten free.

From my understanding, gluten is a protein in grains, especially wheat. I wondered why this protein is so bad (not just in Celiac disease, but a range of health problems), especially when we’ve been eating it for years.

I wondered if it’s something we’re putting into the wheat when it’s grown. Some wheat varieties have more gluten, but one thing that definitely goes into wheat is Glyphosate.

Of late, there has been a spate of lawsuits against Monsanto (now owned by Bayer), claiming their star product Roundup (whose active ingredient is Glyphosate) causes cancer.

Dewayne Johnson, a school groundskeeper who claims his Non-Hodgkin’s Lymphoma was brought about by an accidental exposure to Roundup, was initially awarded $289 million in early 2018, which was cut to $39 million on October 22, 2018.

Another verdict also found Monsanto guilty. The most recent verdict, also the biggest, saw a court find Monsanto liable to pay $2 billion to a couple whose cancers they say are caused by Roundup. These are only the first of thousands of similar lawsuits the company faces across the US.

Of course, these damages are likely to be cut as Monsanto appeals to higher courts. The US Supreme Court also has a guidance that punitive damage shouldn’t exceed 10 times the compensatory damage.

Why it’s used and where it ends up

Glyphosate is a herbicide that kills every plant it’s applied on, except on crops genetically modified (GM) to withstand it (or Roundup ready).

You could imagine why it would make a groundskeeper’s job simpler. Glyphosate is used in the streets and parks of many cities to control grass and weeds. It also reduces de-weeding costs for farmers. What’s more: It’s supposed to be non-toxic to humans.

Even when not growing Roundup ready crops, it is a common practice to desiccate or spray the crop (wheat, canola, lentils, oats, peas, soybeans, sugarcane etc) with glyphosate or other herbicides immediately before harvest. Doing so actually kills the plant, which speeds the drying of the grain.

For de-weeding (not dessicating) non GM crops, farmers cover the plant and spray on the weeds around it.

Commonly consumed oat cereals, oatmeal, granola and snack bars have been tested positive for Glyphosate. It’s found even in medical gauze and female hygiene products, like disposable pads and tampons (obviously, because so much cotton is GM and sprayed with glyphosate). It also can spill into products that don’t have GM ingredients like eggs, honey, beer and wine.

Roundup and other glyphosate-based herbicides (GBHs) are the most commonly used herbicides on the planet and its residues are found in not just food, but air, water and soil too.

Glyphosate interferes with the Shikimate Pathway, a vital process involved in the synthesis of important amino acids in plants, microorganisms and fungi. Since humans and animals do not have this pathway, it is generally believed that glyphosate is totally nontoxic to humans.

Monsanto has also claimed that glyphosate is non-toxic. This is because they use a measure called the LD50 (lethal dose, 50 per cent). The LD50, a measure of acute toxicity, is the concentration of a chemical needed to kill half of the people or animals that are exposed to it.

However, rural hospitals in India do see cases of GBH poisoning. There are also cases of kidney and liver damage, endocrine disruption, and neurological damage caused by GBH poisoning. But naturally our gut microbiota (which has organisms that do depend on the Shikimate Pathway) is also adversely affected by glyphosate.

Even though glyphosate may not actually kill/affect non-target organisms like earthworms, bees, damselflies, tadpoles, zebrafish, rats and snails, studies have shown that it could have a sublethal effect on them. It can even increase antibiotic resistance in Salmonella and E Coli. It also affects the microbes, fungi and earthworms vital to soil fertility. It’s also linked to the emergence of superweeds.

Scientific evidence for the toxicity and carcinogenic potential of glyphosate is varied. Monsanto has also been known to ghost-write news and research about their products.

Some studies say it’s non-toxic, not linked to NHL, has no adverse effect (other than weed killing) and has reduced the use of other pesticides as the plant itself is genetically modified. Some studies blame the toxicity of GBHs on the surfactants (these are considered inert and need not be mentioned in ingredients) used with it instead.

Of course, glyphosate is not sold separately, but in combination with other chemicals. Another study says risk assessments of GM crops are incomplete. Well, there are more than 800 studies that say glyphosate is harmless.

Then there are others saying it’s carcinogenic, linked to increased risk of NHL especially in men, an endocrine disrupter, a chelating agent (not in a good way) leads to genotoxicity  (changes/destroys DNA) and is linked to short gestational length in pregnancy. Others say the negative effect is just insidious and appears over time as inflammation damages cellular systems throughout the body.

In mice, exposure to glyphosate has been shown to produce anxiety and depression and neurotoxicity in rats. Another study shows Roundup causes sex specific changes in the gut microbiome of rats. A recent study also confirms glyphosate’s risk to NHL in humans.

Some studies showed that despite being GM, pesticide and herbicide use only increased, while others found that it decreased. Others show it’s complicated and the answer varies between crops.

The obvious next question is if glyphosate is actually responsible for the rise of celiac disease and gluten intolerance (even in India).

The US Environmental Protection Agency says it has no meaningful risk and European Food Safety Authority says it’s not likely to be harmful.

The American Cancer Society lists glyphosate as a probable carcinogen.

Experts at the World Health Organization’s International Agency for Research on Cancer reviewed more than 1,000 papers in March 2015 to say that there was limited evidence (of only NHL) for glyphosate. By limited, they meant limited in humans, but sufficient in lab animals.

It also states that there is strong evidence for genotoxicity of glyphosate — which means that it had the ability to alter the genetic material of cells (can be carcinogenic, cause genetic disorders and birth defects).

Glyphosate is easily available in India and even though it’s technically approved only for tea and non-crop use, the wide consumption suggests it’s used for other crops too.

In India and developing countries, the risks with use of toxic pesticides are higher: a majority are small farmers with little or no protective gear, or even awareness of potential problems.

In India, according to the Pesticides Act 1968, only the Centre can ban a pesticide. States can only restrict use or temporarily ban it. Telangana, Andhra Pradesh, Maharashtra and most recently Punjab  have already restricted its use. However, the Food Safety Standards Authority of India (FSSAI) determines the maximum residue limits in food and they’ve apparently been checking imported pulses for glyphosate.

In Sri Lanka, it is linked to CKDu (chronic kidney disease of uncertain etiology), but the partial ban on it was lifted.

Since use of GBH cuts costs and there is a link between wheat prices and political instability, there has been resistance to regulations on GBH in many countries. But proponents of organic farming say costs should include the negative effects of chemicals like soil degradation, erosion, water quality, health, drift of herbicides to non-target crops, the loss of local varieties and other externalities that aren’t fed into the production equation.

The issue, as activists and lawyers say, is not the compensation itself, but a sign for Monsanto that they have to review glyphosate and to homeowners and farmers to limit or avoid its use. There is already speculation that more cancer lawsuits could lead to search for a better (less toxic) replacement.