On a tardy trail: State of organic farming in India 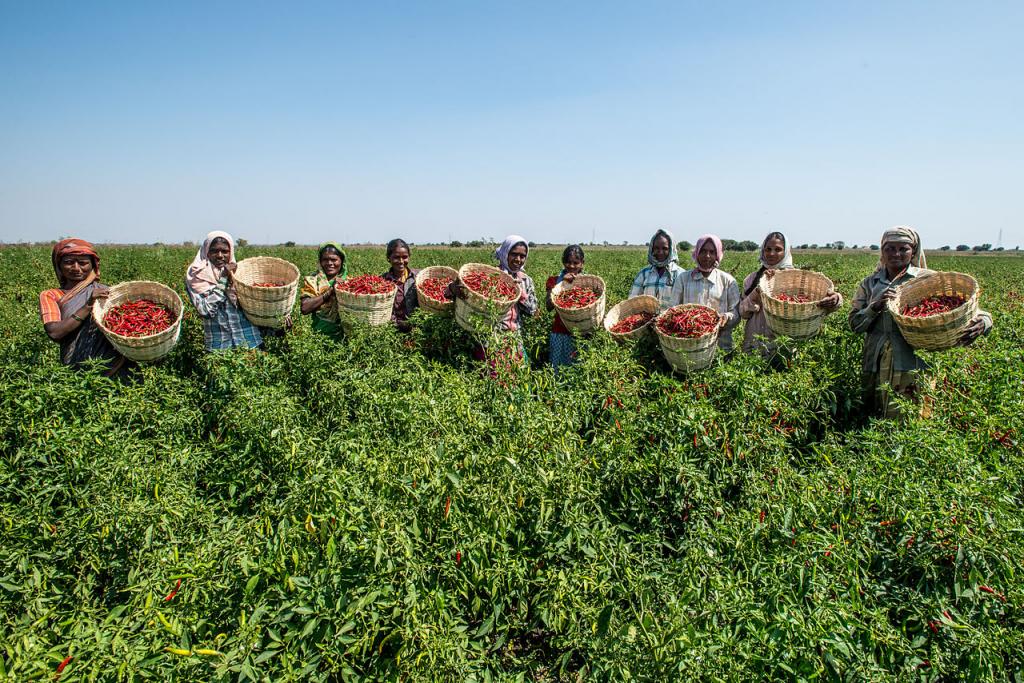 Organic farming is in a nascent stage in India. About 2.78 million hectare of farmland was under organic cultivation as of March 2020, according to the Union Ministry of Agriculture and Farmers’ Welfare. This is two per cent of the 140.1 million ha net sown area in the country.

A few states have taken the lead in improving organic farming coverage, as a major part of this area is concentrated only in a handful of states. Madhya Pradesh tops the list with 0.76 million ha of area under organic cultivation — that is over 27 per cent of India’s total organic cultivation area.

Only a fraction of area is converted under organic

A few states such as Meghalaya, Mizoram, Uttarakhand, Goa and Sikkim have 10 per cent or more of their net sown area under organic cultivation.  All these states, except Goa, are in hilly regions. 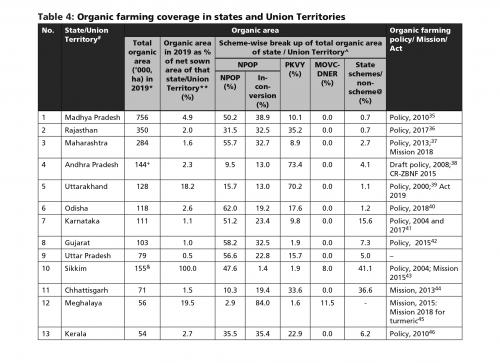 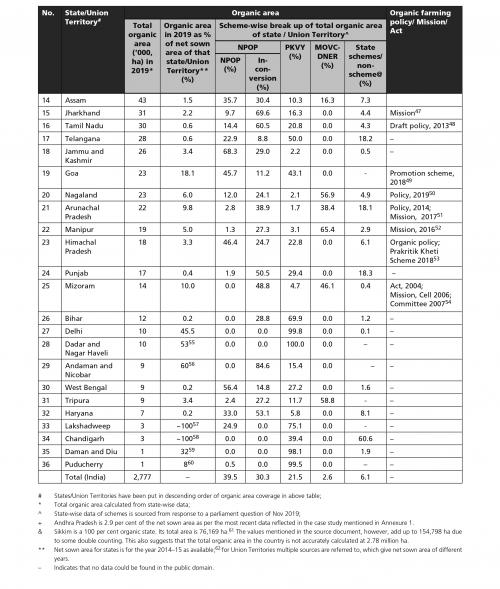 Low organic farming coverage prevails in several states, despite at least 20 of them having a policy or a scheme with regard to organic farming. States like Sikkim, Andhra Pradesh, Himachal Pradesh, Kerala, Uttarakhand, Mizoram, Nagaland and Arunachal Pradesh have expressed their desire to become fully organic or natural-farming states.

Apart from the states with 100 per cent organic ambition, there are only a select few that have set specific measurable targets.

Some states have had a policy for several years but have not been able to cover much area in absolute terms under organic cultivation. For example, Karnataka and Kerala have had an organic policy since 2004 and 2010 respectively, but have only 1.1 and 2.7 per cent of their net sown area organically cultivated.

On the other hand, states such as Rajasthan, which formulated their policy recently, have covered a significant area. This also indicates that the conversion to organic area in states may have started much before the actual policy enactment.

This shows that NPOP scheme covers about 70 per cent of the organic area of the country, of which 30 per cent is under conversion.

The remaining 6.1 per cent of area under organic cultivation is either under a state scheme or not related to any scheme. During 2015-16 to 2018-19, around 96 per cent of total certified organic food production was under NPOP certification and the remaining four per cent was under Participatory Guarantee System (PGS) of certification.

Even though India has very small organic area under cultivation, in terms of number of organic farmers it is being ranked first. India has over 1.9 million farmers as of March 2020, which is 1.3 per cent of 146 million agricultural landholders.

In addition, there are farmers who are not certified and hence not counted, especially by-default organic farmers in hilly, tribal and rain-fed regions.