Organic farming can lead to good yields, even in an intensively farmed area 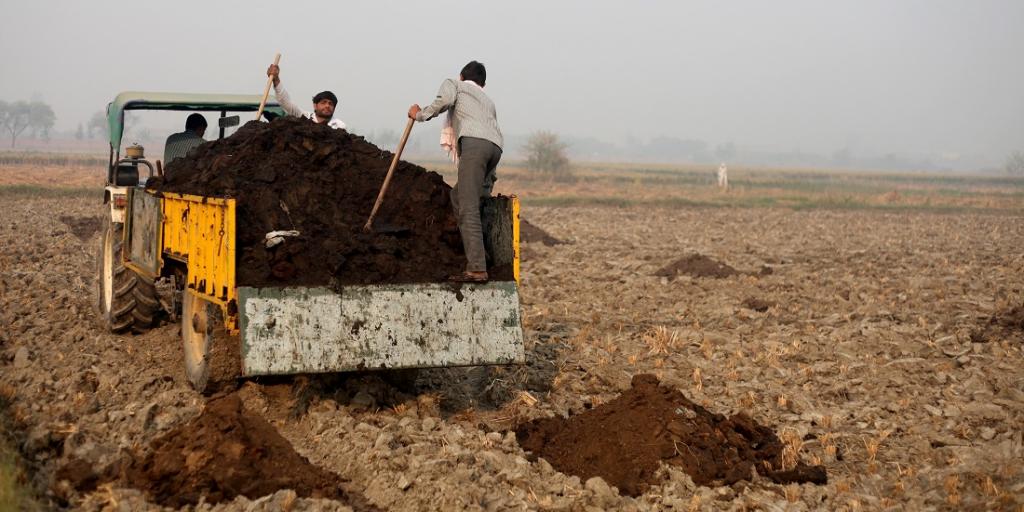 The relative merit of organic farming is recognised. Still, it is usually recommended only for areas of low chemical usage and not for intensively farmed areas such as those where the Green Revolution took place in the 1960s like Punjab, Haryana and western Uttar Pradesh.

The findings of various quarters, ranging from the Swaminathan Commission to the Indian Institute of Farming Systems Research under the Indian Council of Agricultural Research (ICAR), have showed that organic farming can give comparable yield.

Yet, these quarters hold on to this ‘niche role’ view on organic farming. The prime reason for this is the deeply-held belief that organic farming is basically low-yielding, in spite of merits like sustainability, health and environmental benefits.

A 2020 survey of farmers practicing organic farming in Haryana, a core area of the Green Revolution’, negates this. Only a telephonic survey was possible due to the raging novel coronavirus disease (COVID-19) pandemic. Then too, only limited data could be collected in a telephonic survey.

Most farmers reported yield levels to be comparable even in the initial stages of transition. Hence, Kudrati Kheti Abhiyan, Haryana (KKA, translated as Natural farming Mission) collected yield data for just wheat as it had proved to be the most difficult crop to farm organically.

It was found that some 45 per cent of 218 organic farmers got better than official average yield for Haryana. Most organic farmers sow the C-306 variety of wheat, which is the preferred variety for domestic consumption in Haryana.

This variety, released by the ICAR, is considered to be a traditional one. It has an official average yield of 26 quintals per hectare (against the official average wheat yield for Haryana, which is slightly higher than 46 quintals).

Hence, two benchmarks were used in this survey — 26 quintals for traditional varieties, whether C-306 or others and 46 quintals for high yielding varieties (HYV) such as 711.

The value of companion crops at their respective Minimum Support Price (MSP) was converted to an equivalent wheat yield. Based on these calculations, it emerged that 45 per cent organic farmers were getting better than comparable average yields under chemical farming.

Even in terms of HYV alone, which is generally sown by new inexperienced organic farmers, some 18 per cent of farmers were getting better than the state average yield of wheat. Survey data from 2019 had, in fact, yielded better results though the total number of farmers was much smaller.

What explains this difference between the popular perception about organic farming’s yield potential and the survey results? A part of the reason is the  diversity in organic farming.

No use of artificial chemicals is an essential element of organic farming. Yet organic farming is not limited to this. ‘Comprehensive organic farming’ goes beyond the source of crop nutrition and involves multiple agronomical changes.

Often, even organic farmers take a narrow view of organic farming and continue with mono-cropping, conventional irrigation and composting methods, which are less-than-optimal.

Moreover, those organic farmers, who develop their own market, do not feel the need to increase the yield and rather focus on processing, packaging and marketing. Similarly, part-time organic farmers or those producing for self-consumption have no imperative to or are not able to increase yield.

The KKA situation was different. As the target area was spread all over the state, it was not possible to extend marketing support to thinly spread farmers.

Without marketing support, a livelihood farmer can expand organic farming beyond self-consumption only if there is no yield decline or it is so minimal that it is compensated by a fall in the cost of production.

Hence, if KKA had to make headway without extending marketing support, it had to perforce focus on getting comparable yield. Moreover, low-yielding organic farming, if accompanied by price premiums, can make organic farming attractive for individual farmers but it would not impress policy makers who have to ensure national food security.

However, initially, yield levels particularly in wheat, were pretty low. A review indicated that except for stopping the usage of chemical inputs and burning of crop residue, even serious organic farmers had made no changes in their agronomic practices.

They neither found it feasible nor necessary to stop mono-cropping or practice mixed green manuring, etc. However, during an ‘exposure visit’ outside Haryana in 2016, they found these measures being implemented and yielding results.

It was then that they started practicing ‘comprehensive organic farming’. And once their yield levels improved, other farmers too changed their organic practices.

For the same reasons which forced KKA to not extend marketing support, it focused on self-reliant organic farming rather than rely on external supply of bio-inputs.

As KKA was not functioning in a limited contiguous area but was thinly spread all over the state, it could not ensure regular supply of external bio-inputs to isolated farmers. Hence, it focused on in situ preparation of bio-inputs as well as use of only replicable methods.

Any method, which required heavy investment, was not recommended because it could not be easily replicated. This approach underlies the publication of a new edition of a manual of self-reliant organic farming edited by farmers wherein all recommended methods have been applied by Haryana farmers.

In a September 2021 public hearing, when these survey results from Haryana were sought to be corroborated from the official yield data of the Government of India, the reaction of an official representative was revealing.

He thought that there had been a mix-up and yield levels pertained to hectares and not acres. This implied that correct yield levels were 40 per cent of the officially reported yield levels.

But agriculture scientists should not be presumptive. If the Haryana survey fails the strict ‘scientificity’ test (though it does not as survey data is widely used), they must get out and do their crop cutting experiments on the fields of organic farmers.

Rajinder Chaudhary was formerly with Department of Economics, MD University, Rohtak and has been actively associated with Kudrati Kheti Abhiyan and its survey reported here