New-age machines can help save costs, water & electricity usage as well as combat the problem of stubbles 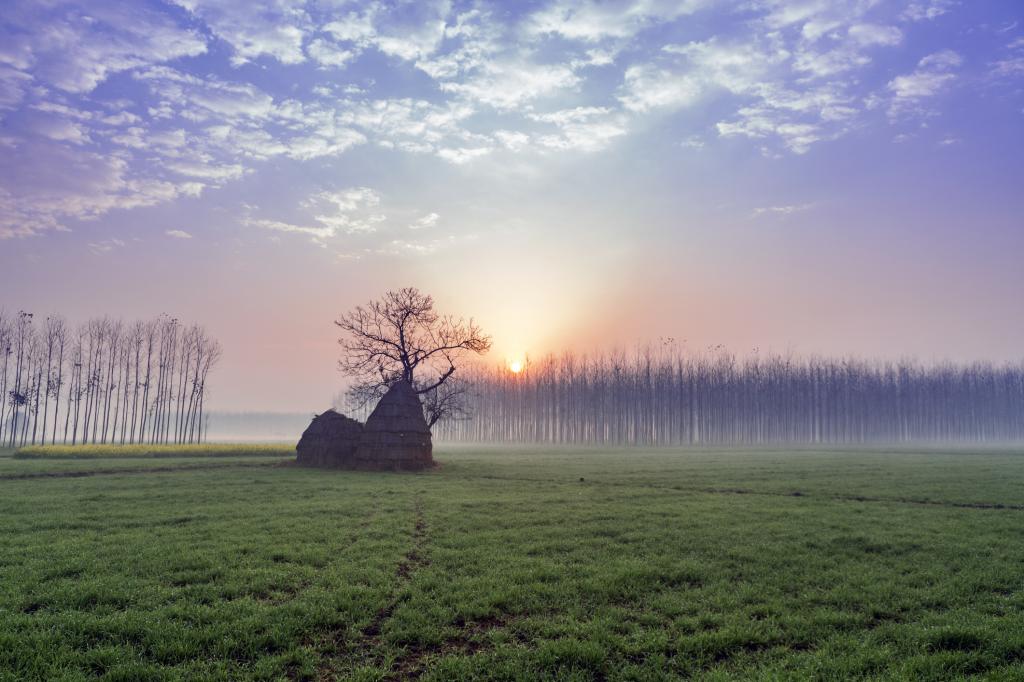 Baldev Singh is a farmer who owns 31 acres of land and grows wheat and paddy at Talwandi Bhangerian village in Punjab’s Moga district.

He switched from traditional rice cultivation — transplanting sprouted seedlings from a nursery into standing water — in the past years to a more sustainable direct seeding — sowing and sprouting on the field. This reduced labour costs and cut down consumption of water and electricity.

Punjab, the nation’s granary, is highly vulnerable to the growing impacts of climate change in the form of increasing temperatures and rainfall variability affecting the availability of surface water for irrigation.

The state uses nearly 97 per cent of the total groundwater it extracts for irrigation — mostly for paddy — adding to existing vulnerabilities. Further, burning crop residue post-harvest has emerged as a major contributor to air pollution in Punjab and adjoining areas, including Delhi.

The State Action Plan on Climate Change of Punjab too attributes intensification of rice cultivation as the foremost challenge facing its agriculture sector. It warns of a grim future in terms of acute water shortage, depleted quality of soil and livelihood crises owing to rising climate impacts in future.

DSR is one such practice that promotes sustainable agricultural practices. According to Singh, use of DSR machine on his field saved Rs 5,000 per acre on labour, diesel and fertilisers and halves water and electricity usage.

He also noticed an increased yield of two quintal per acre in successive wheat crop. He attributed this to added nutrition through paddy residue in soil and uniform sowing through Happy Seeder — for sowing wheat without having to burn the paddy residue.

Singh’s success story is part of the bigger response intervention under Indo-German bilateral cooperation via GIZ, which focusses on systemic change in agricultural practices in Punjab aimed at overall climate adaptation responses.

Through an active network of farmers and experts, farmers are encouraged to adopt structured process involving DSR sowing machines such as Seed Drill and Lucky Seed Drill for paddy cultivation; harvesting of paddy and use of cutter, bailers and ploughs for further cutting, crushing and mixing of paddy; and the use of Happy Seeders for successive crop cultivation.

GIZ’s intervention has involved working closely with state and district officials and local community to promote knowledge, awareness and technical support, including installation of water and electricity meters in the fields.

Until now, 32 farmers have benefitted in Moga and Bhatinda districts alone through GIZ’s intervention. The numbers are expected to increase.

The shift to DSR is, however, not a smooth one and involves many challenges. Farmers have been reluctant to shift from traditional practices due to:

Some farmers have been unwilling to use specific early maturing rice varieties for DSR such as PR 126 and PR 127, due to yield issues. There are challenges related to weed management as well as a normal seed drill machine for DSR requires immediate manual spraying of weedicides. A delay can lead to significant growth of weeds.

This challenge is removed by the newly designed Lucky Seed Drill, which simultaneously sows and sprays weedicides in fields. GIZ’s work demonstrated the use of Lucky Seeder in 2019 and 1,000 acres were successfully covered under DSR through the use of 5 Lucky Seeder machines.

Even so, Lucky Seed Drill and Happy Seeder are expensive machines, costing up to Rs 1 lakh even after provision of subsidy.

Experts in Punjab Agricultural University (PAU), a partner in GIZ’s effort, pointed out that all farmers need not own a machine. Custom hiring can be the way forward.

“One rice seed drill can sow an 300-400 acres and one Happy Seeder can sow wheat on 200-250 acres. For this much area in a village, one machine each is enough. This way, all farmers can benefit using a single set of machines,” said MS Bhullar, a senior agronomist and expert with DSR Technologies.

KK Gill, assistant agronomist at PAU, highlighted the need for decentralised extensive services to farmers. Cooperatives and Panchayats can play a larger role in these in dissemination of information and machines to farmers.

Gill is also involved with Farmers Network, an initiative that brings together farmers through social media group and face-to-face farmers’ field workshops and roving seminars for disseminating knowledge, sharing experiences and learnings on DSR and other sustainable practices.

From the government’s end, incentive-based measures have been more on the supply side. But Vasudha Foundation, another partner organisation, advocated the need for strengthening demand-side incentives.

“We require a demand-side intervention with conditional transfer of money to farmers to switch to sustainable practices based on mechanised sowing and better residue management practices,” Raman Mehta, an advisor to the Foundation, said.

“Our work demonstrates that a nominal incentive of Rs 2,000 per acre to the farmer, which can be financed through reduced electricity consumption by switching over to direct-seeded rice, will do the trick,” he added.

The amount was not expected to bear the burden on the exchequer as the application of DSR brings in multiple benefits, including reduced electricity demand.

Sukhpreet Singh, a farmer practicing DSR in Patiala, raised fears of non-compliance by farmers despite both supply- and demand-based incentives due to the absence of strict measures and enforcement by authorities.

One way of ensuring can be prohibiting paddy-sowing before notified dates, as done last year that saw sincere adoption of DSR.

Capping of water and electricity supply to prevent over-usage and wastage was suggested by experts at PAU.

Despite the challenges, both farmers and experts agreed with the promotion and upscaling of sustainable and agricultural practices such as DSR, which cuts down water usage between 15- 40 percent on an average.

Punjab State Council on Science and technology was also a partner in the efforts.