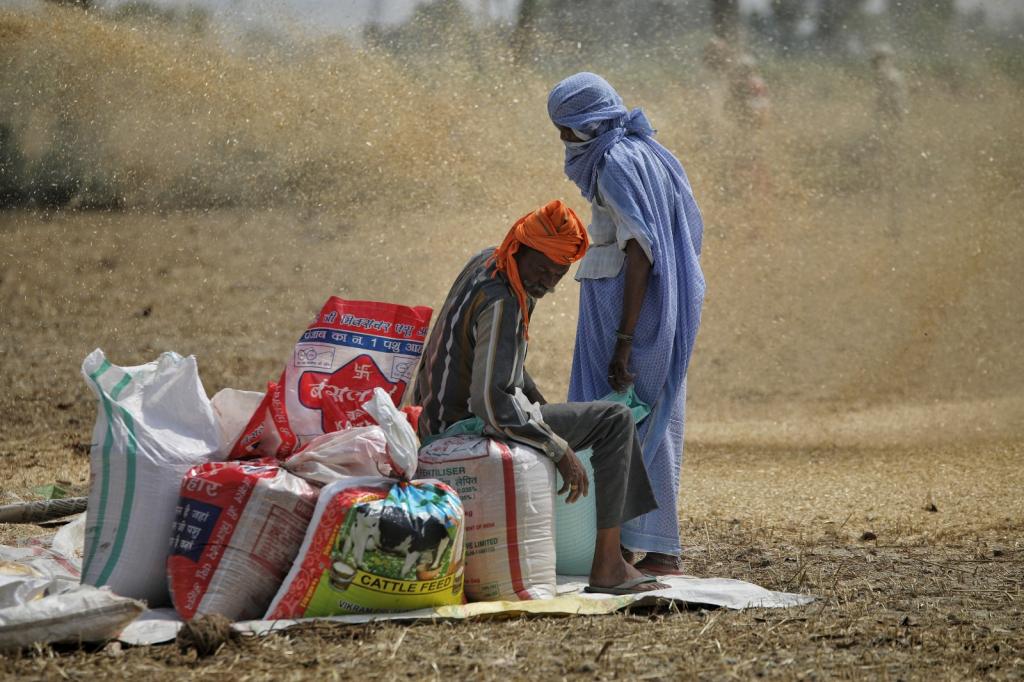 The propaganda minister of Adolf Hitler, Joseph Goebbels, believed that when a lie is told a hundred times, it becomes the truth. Similarly, a factoid is an item of unreliable information which is reported and repeated so often that it becomes accepted as fact.

This, in a nutshell, explains the conundrum of the minimum support price (MSP) on which there is an ongoing farmers strike around New Delhi. The MSP sets a floor below which prices for agricultural commodities do not fall.

There are 23 agricultural commodities listed by the central government under the MSP. Most Indians, with an agricultural background or not, think that the MSP concerns only wheat and rice, the two pillars on which the heavy chemical fertiliser-centric farming, euphemistically termed the ‘green revolution’ rests.

That such a very heavy chemical fertiliser-centric farming has led to enormous environmental hazards seems to be no one’s concern. In over half a century, when the green revolution, primarily in its ‘cradle’ Punjab and subsequently in Haryana and western Uttar Pradesh, held sway, soil degradation has been rampant.

This can be brought back to normal-for-cultivation only with very heavy investments in soil reclamation.

Groundwater reservoirs sank rapidly leading to water shortage because of free electricity provided. Also, the water was made non-potable by excessive nitrate ions emanating from unbridled urea used to prop up wheat and rice yield.

The local biodiversity vanished and inherent soil fertility was depleted due to monocropping of wheat and rice.

Indiscriminate use of chemical pesticides and herbicides led to spread of cancer — Gurdaspur district in Punjab, which has become India's ‘cancer capital’, is a classic example.

These are all components of the heavy price India paid for a farming system, which for decade and a half saw farmers harvesting a lot of grains and the government storing it as ‘buffer stock’. In the Food Corporation of India storage bins, however, there was considerable spoilage of stored grains which were rendered unsuitable for human consumption — the aftermath of ‘green revolution’.

But, all that has now changed. Yields, principally of wheat and rice, despite the application of ‘recommended’ fertiliser doses have all plateaued or declined. And the farmers are in a tizzy. No doubt, the clamour for continuing the ‘MSP Syndrome’ continues.

A brief history of MSP

The concept of MSP was first mooted in 1966-67, the heyday of the green revolution, to incentivise the Punjab farmers to use the dwarf ‘miracle’ wheat varieties. These were imported from International Centre for Maize and Wheat Research in Mexico (American-controlled) and cross-bred in India, primarily at the Indian Agricultural Research Institute in New Delhi, where this author was a PhD student at the time.

The dwarf wheat varieties and later, rice varieties (when the Ford Foundation-funded International Rice Research Institute in Philippines came into the picture carrying alien blood) succumbed to rust and brown plant hopper, respectively. Vast stretches of wheat and rice were wiped off in the green revolution belt.

These dwarf wheat and rice varieties were highly fertiliser-responsive. India at the time had no fertiliser manufacturing factories and large quantities of fertiliser had to be imported, straining the economy.

The MSP concept had no legal sanction then nor does it have now. It was merely an idea mooted by the government in power to spread the dwarf wheat and rice varieties. MSP can be legally challenged even now.

When a urea molecule hydrolyses in soil, it releases a gas into the stratosphere called nitrous oxide (N2O). It lingers in the atmosphere for as long as 350 years and contributes approximately 35 per cent to global warming.

The common belief is that carbon dioxide from industrial activity is the main culprit for global warming.

But the idea of N2O contributing to global warming was first suggested by this author as early as in 1980, while researching as a Senior Alexander von Humboldt Fellow at the very prestigious Institute of Plant Nutrition affiliated to the famous Justus von Liebig University — the seat of world chemistry — in Germany.

But, the fertiliser lobby shot down the idea. However, now the Intergovernmental Panel For Climate Control (IPCC) of the United Nations has accepted this idea. These aspects are discussed in the book Combating Global Warming — The Role of Crop Wild Relatives For Food Security published by Springer, Switzerland.

A copy of this book was presented to Indian Prime Minister Narendra Modi and former Presdent of the United States Donald Trump during the summit on global warming organised by Antonio Guterres in New York on September 23, 2019.

What is the relevance of discussing the environmental audit in the current discussion? To answer the question, the policy makers in India must zero in on any farm management strategy that reduces N2O emission in farming.

Alternatively, the unbridled use of urea to boost both wheat and rice yields must be stopped or drastically curtailed, a totally unwelcome strategy to a Punjabi, Haryanvi or western UP farmer.

The practical strategy could then be to disincentivise the farmer from continuously following the wheat-rice/paddy rotation and/or encouraging him to grow millets like maize, bajra, ragi, which are not only nutritionally better but also need much less urea-based fertilisers. This can be done by substantially raising the MSP of these crops compared to either wheat or rice.

The Indian palate — southerners preferring rice and northeners prefering wheat — could be a hurdle for the above strategy. Ragi and bajra are so much more nutritionally preferable, but, they still have a long way to go as far as Indian palatability is concerned.

Hence, there seems to be no substitute for rice or wheat and both require plentiful nitrogen fertilisers. Nitrogen recovery from applied urea in Indian soils is very poor (on average 30-35 per cent).