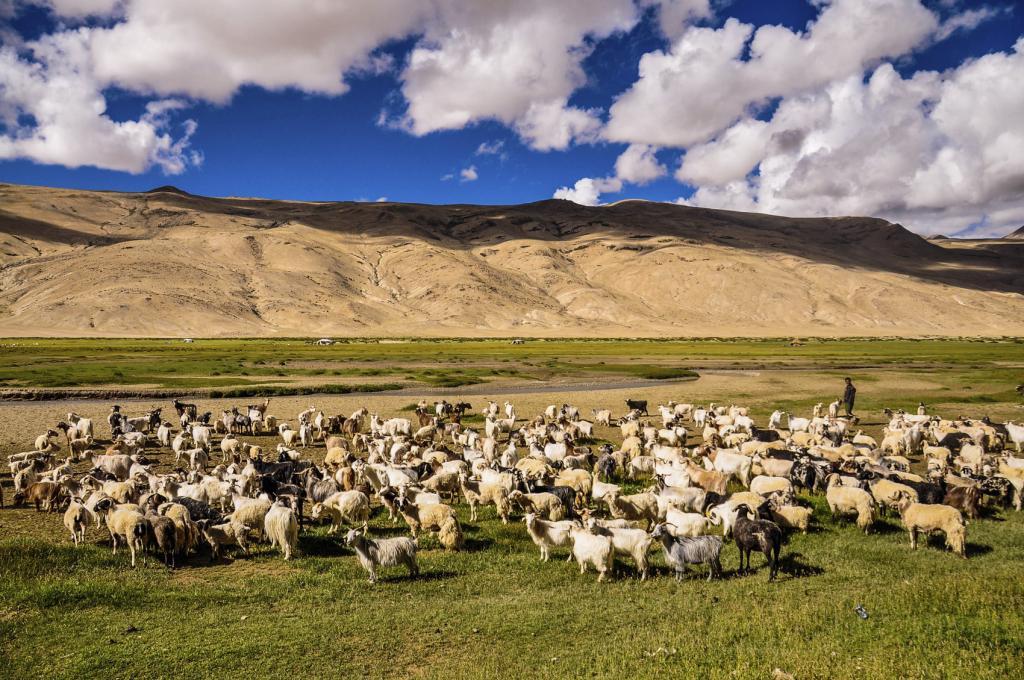 There is a revolution happening on farms around the world. From Indonesia to Mexico, livestock operations are transitioning into plant-based operations and creating safer and better-paid jobs.

Farmers are transforming old hog barns into productive mushroom farms, replacing chicken with hemp and growing oats where dairy cows once grazed. Not only are these operations providing safer jobs with better pay, but they also significantly reduce emissions caused by livestock production.

More resources and support services are available to farmers pursuing just livestock transition than ever before. With this guidance, farmers can identify new market opportunities for plant-based operations and access guidance on making the transition away from livestock production financially viable.

As the demand for plant-based products continues to expand rapidly, farmers are seeing an opportunity to get out of livestock farming. Animal farming has trapped many of these same farmers in notoriously exploitative contracts, with poor working conditions, low income, high vulnerability to market forces and extreme stress.

Industrialised livestock production is a dangerous business that poses a serious threat to human health and psychological well-being. The impact of injuries, illness and trauma affects the individual worker and has devastating effects on the families and communities in which they live.

For instance, new strains of bird and swine flu, which have the potential to become zoonotic diseases, emerge each year posing a major threat to human health. Poland, Europe’s largest poultry producer, experienced its worst bird flu in mid-2021, which resulted in millions of birds culled to stop the spread of the disease.

Only months later, there was another major bird flu outbreak, this time across Asia and Europe. Further culling of millions of birds is expected, leaving governments with enormous compensation claims and many farmers without any means for regaining their lost income. Some of these farms will never recover.

Farmers are not the only vulnerable labourers across the food production supply chain. Meat-packing jobs are among the most dangerous, with daily reports of amputations, burns, head injuries and psychological trauma.

Some meat-packing plants were kept open during the most dangerous phases of the the novel coronavirus disease (COVID-19) pandemic, allowing the virus to spread freely and resulting in avoidable fatalities. In the United States, it is estimated that up to 4 per cent of all COVID-19 related deaths through July 2020 were tied to meat and poultry plants.

Many of the workers at these plants were from racialised communities and already faced multiple socio-economic challenges that were exacerbated by the spread of the virus. Nearly half of front-line meat-processing workers in the United States are categorised as low-income workers, 80 per cent are people of colour, and 52 per cent are immigrants.

Many of them are undocumented and lack access to healthcare and other worker protections. The European meat-packing industry also largely depends on migrant or cross-border workers whose working, housing and employment conditions are more often than not considered deplorable.

In addition to creating safer, healthier jobs, a transition away from industrialised livestock production empowers farmers to protect the climate and the very land on which they work.  The livestock sector is projected to account for up to 81 per cent of the 1.5 degrees Celsius emissions budget by 2050 if production continues unabated.

Two-thirds of global animal production in the world is industrialised, severely endangering our planet’s ecosystems, natural resources, livelihoods, human health and animal welfare. To remain within environmental limits and planetary boundaries, researchers have shown that the global production of animal-sourced foods must be reduced by at least half.

Further, climate change increases the emergence of livestock diseases, reduces animal reproduction and exacerbates biodiversity loss. Globally, a 7-10 per cent decline in livestock is expected as global temperatures rise, with associated economic losses between $9.7 and $12.6 billion, solely due to climate change.

It is estimated that a just energy transition will create 24-25 million jobs, far surpassing the 6 or 7 million jobs lost by 2030. We are likely to see similar benefits in a just livestock transition.

A shift to a plant-based food system will create 19 million jobs in Latin America and the Caribbean by 2030 alone, according to a recent study. This means that while 4.3 million jobs in traditional livestock production will be eliminated, 15 million new jobs will be created through the transformation.

This move can revitalise rural economies and mitigate the adverse effects of urbanisation. Overall, the jobs in plant-based food production would be safer, more equitable, support gender parity and strengthen rural economies when coupled with increased public services.

We already see examples of impactful leadership in just livestock transition. Denmark, for instance,  recently announced a binding decision to halve agricultural emissions by 2030 as a part of their ambition to reach 70 per cent greenhouse gas reductions by 2030.

The government will make $90 million available for five years to farmers producing plant-based foods and has committed to creating an annual fund of $11.7 million until 2030 to support the transition to plant-based food.

There is, however, an unmissable political decision made here. While reducing industrialised livestock production appears to be the most effective way to reach their climate goal, the Danish plan includes no mention of a reduction in animal-based agriculture. This, despite a recent study which found that the costs of the transition in Denmark under the most ambitious scenario would be ‘manageable’ with significant co-benefits in terms of climate and health care costs.

In December 2021, the Dutch government took an unprecedented step to dedicate €25 billion to cut livestock production by 30 per cent to address its engulfed nitrogen crisis. Over 13 years, the farmers will be asked to relocate, exit the industry or receive help to transition to more sustainable food production methods.

While the ambition is commendable and critical to meet its climate and environmental goals, all principles of just transition must be respected and thoroughly implemented. Furthermore, such measures should also be complemented by policies aimed at increasing plant-based food consumption to prevent emissions leakage and to enable an overall transition to more sustainable food production and consumption.

The science and socioeconomic data clearly indicates that business as usual is no longer an option. The longer we wait, the harder it will be to facilitate a truly just transition that leaves no one behind. To enable a just livestock transition, ambitious political action is required at all levels.

The decisions we make in the coming years will impact generations of farmers, labourers and the global workforce and will have irreversible impacts on the planet. We have the opportunity to safeguard the climate while protecting the people who produce the food we eat, with a solution that is as good for the environment as it is for global economies. That solution is a just livestock transition.

Lasse Bruun is an advocacy expert in climate, sustainable agriculture & food systems who serves as the CEO of 50by40, a collective impact food systems organization with 70+ partner organisations.